April 25, 2013 by Charlie Eisenhood in Preview with 5 comments 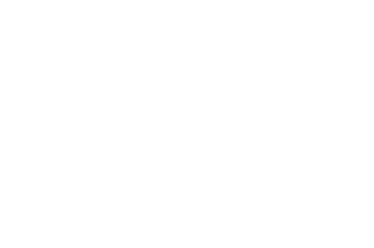 With a lone bid and more parity than ever before, the Great Lakes region is a tossup. Realistically, any of the four top seeds could win this tournament on any given day. We think it will come down to fitness, mental preparation, and weather conditions.

Does it help Michigan to have undergone a lot of adversity this year? Can Eastern Michigan finally show up and beat good teams? Does Michigan State reuniting their best players for the Series give them the edge? Will Illinois’ compressed season hurt them?

Lots of questions about to get answered this weekend.

It’s been a wild ride for Michigan MagnUM this year. Coming off a 15th place finish at Nationals last year, Michigan was widely considered to be the frontrunner in the Great Lakes region again this season. But a bad start at the Queen City Tune Up, combined with the specter of rising teams in Michigan State and Eastern Michigan, left everyone asking questions.

But Michigan regrouped. Adding their fiery captain Yonatan Rafael back into the lineup, they showed up at the Easterns Qualifier with something to prove. There, they went 5-2, avenging their earlier loss to Brown in the 3rd place game and earning a bid to Easterns, which they declined. They had similar success at late March’s New England Open, where they almost took down Harvard in the semifinals, losing 13-15.

They took that momentum into the very competitive Michigan Conference, where they emerged as the champion with a 12-9 victory over Michigan State in the finals.

The team likes to grind and they thrive on their defense. Their Regionals expectation?: “To battle each and every game.” Ryan Schechtman and Dan DeTone lead the defensive line, which likes to play physical man defense. On offense, 6’3″ captain Carson Mailler is often finding the explosive Matt Orr in the endzone.

They also credit their coach, Richard Eikstadt, with a lot of their success, which takes the pressure off of the captains. That’s particularly important for this team, because its captains are a huge contrast in styles. Mailler, who came up through the Amherst High School system, is soft-spoken and a staunch advocate of Spirit of the Game. Rafael is loud and brash — and he was called out after QCTU for less-than-kind words in front of the Tournament Director, an incident for which Mailler publicly apologized.

To their credit, the team has improved its spirit throughout the season, and, at the New England Open, played hard, but fair.

Now they set their sights on the lone bid out of the Great Lakes. While they are the favorite, they aren’t untouchable. They lost to Michigan State at Conferences and are prone to offensive turnovers. They expect challenges from Michigan State, Illinois, and Eastern Michigan, who they called “a threat more this year than ever.”

Illinois is one of many Midwestern teams that had its season shaped by the brutal winter weather across the central US. The team didn’t get to its first tournament until early March at Huck Finn, a last minute option after the cancellation of the Old Capitol Open. There, the weather still didn’t cooperate, as windy, rainy conditions compressed the schedule and made it difficult for a true assessment of the teams’ talent.

Illinois went 5-3, with surprise losses to Texas State and Nebraska-Omaha, dropping them out of the Ultiworld Top 25.

They bounced back at Centex, going 4-3 with big wins over Harvard and Iowa. At Conferences, they easily took the title against relatively weak competitors.

Despite the lackluster regular season results, Illinois always shows up ready to play at Regionals. Last year, they lost to Michigan State 14-13 in the game-to-go, holding their three seed.

Captain and 2012 1st team All-Region player Ryan Smith is back as a graduate student to lead Illinois this year; they’ll also get big contributions from co-captain Nate Gibbons.

Their first big challenge will come in semifinals, where they are likely to face Michigan State. With just one bid to Nationals, there’s no room for error.

It’s fair to say that this year’s Michigan State team isn’t on the same level as the team from last year, which qualified to Nationals (finished 17th) and beat top teams like Carleton at Centex.

During the regular season, they didn’t have a quality win, but they did get one at Conferences, with a 9-8 victory over Michigan, which has to be a big confidence builder heading into Regionals.

It’s a bit difficult to judge Burning Couch’s success this year, considering that their four best players — Zach Barnhart, John-Michael Guest, Chad Homuth, and Jack Lyon — never played together at a single tournament. Each of those players crosses over on both lines, and having the four of them together significantly improves the team.

They are very confident that they will take the Great Lakes bid this year. “We have a team that wants to get there,” they told Ultiworld. “And we want it more than anyone else.”

“We know we underperformed. We saw all the hype we had coming in to tournaments like Centex. We really want to prove that it was warranted.”

Eastern Michigan has been one of the most outspoken teams in the nation about how this is their year. Without question, the team is better than it has ever been, something widely acknowledged by other teams in the Region.

But, for all the talk, there hasn’t been much to show for it. After winning Cat Fight, a low-level early season tournament, the team proceeded to go 2-5 at Centex and 3-5 at the Chicago Invite.

Part of that is due to injuries, which have been a big issue for the team. As an example, they lost standout player James Highsmith, a strong cutter and tenacious defender, to a concussion in the first game at Centex. He returns for the Series.

They have also been missing senior Evan Priest, a starter on both offense and defense, to a knee injury.

The team’s rock is Johnny Bansfield, an all-around excellent player with the biggest throws in the region, speed, and athleticism. They also got solid contributions from Kris Coley, their O-line’s center handler and main distributor.

The Hellfish will probably need to beat Michigan for the first time in program history to take the bid to Nationals. They think they can do it. With a season spent developing rookies and their top players coming back to full health, they continue to have high expectations.

“We will finally be at full strength,” the Hellfish told Ultiworld. “We believe the top end of our rotation can compete and beat anyone in the region. Only one team has seen us use our strict rotation, and that was Western Michigan at conferences, where we stormed ahead 8-2 before we opened up lines.”

But even if they don’t achieve their goal of breaking out to Nationals, the season won’t be a bust.

“Failing to reach that goal won’t define our season,” they said. “We truly believe we’re talented enough to make Nationals and compete, but more importantly, we want to build the Eastern Michigan program into a perennial regional contender. We will only graduate two players after this season, and brought in one of our biggest rookie classes ever in 2012-13.”

Although Illinois State only expects to finish in the top four at Regionals, they think their defense and experience could put them in a position to surprise teams on Sunday.

The Gnomes have steadily improved over the past two years, last year finishing tenth at Regionals. They don’t have any marquee wins, but they played well against Illinois at Conferences and are looking forward to another shot at Eastern Michigan, who beat them twice this season, in pool play.

Andy Hegg and 6’3″ James Tunney lead the developing team, which plays a very selfless and team-first style of ultimate.

Notre Dame Papal Rage has had an up-and-down year, opening the season with a tournament win at the Midwest Throwdown before getting shut out at the Tally Classic and losing winnable games at the Woodside Invite.

Mid-season injuries and a lack of practice time due to weather were a big factor, the team told Ultiworld. “Once our team got all our players back, healthy, and out on the practice field more often, we were really able to find some chemistry amongst ourselves, and right now we’re really playing our best ultimate of the year,” they explained.

That chemistry showed at Conferences, where Notre Dame went undefeated to grab the fifth seed at Regionals.

Although a Nationals berth is a long-shot, the team thinks they will be in the picture on Sunday.

“If we can channel the energy and focus that we had last Sunday at Conferences, I think we can stick with anyone in our Region, and even find ourselves with a bid come April 28th,” they said.

Talk about a tossup. We’ve seen Michigan play a lot this year and like their chances if they can jump out to an early lead. But they have shown to be a little bit mentally weak, a dangerous attribute at Regionals. It’s likely they haven’t seen Michigan State or Eastern Michigan‘s top stuff; the Hellfish even admitted they didn’t tighten rotations all the way against them at Conferences.

Illinois is a bit of a wildcard. With their best player, Ryan Smith, returning, they have the veteran leadership it takes to win big games on Sunday.

Here’s our prediction: whoever takes the Michigan v. Eastern Michigan semifinal will take the bid. Edge to Michigan for historic success.