Freechild, Montague Out For U23 Worlds; Communication Failures Created Problems

Dylan Freechild and Simon Montague have decided not to join the U23 Open team in Buffalo for training camp this week after a scheduling conflict with the final games of the NexGen tour forced players to choose between the two prestigious options. 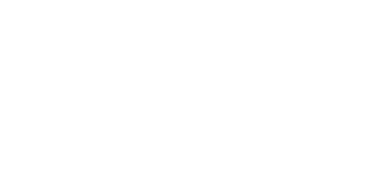 Dylan Freechild and Simon Montague have decided not to join the U23 Open team in Buffalo for training camp this week after a scheduling conflict with the final games of the NexGen tour forced players to choose between the two prestigious options.

A U23 team source confirmed earlier reporting that the pair would miss the U23 training camp — and, by extension, their place on the team — over the weekend.

The U23 training camp, which was announced in November 2012 as required for players, starts today. The other four NexGen players who made the Team USA rosters — Elliott Erickson, Eli Kerns, Tim Morrissy, and Jimmy Mickle — have all elected to attend the camp and play for the U23 squads.

Sources close to the team tell Ultiworld that many are unhappy with the situation, however. Little communication between USA Ultimate, the team’s coaches, and the NexGen players led to faulty assumptions that resulted in frustration from nearly everyone involved.

After not hearing from USA Ultimate about expectations and a possible compromise for the NexGen players to arrive late, a U23 coach told the “NexGen 6” they would be able to arrive for camp on Wednesday, after the conclusion of the NexGen tour.

Some players purchased airline tickets to fly out after the Seattle Sockeye game on Tuesday. However, days later [Update: USA Ultimate disputes this timeline, saying it was “hours” not days], USA Ultimate headquarters caught wind of the coach’s decision and quickly moved to rescind it. Players were to arrive at training camp on time Monday morning, or they would not be allowed to represent the US on the U23 squads.

Team sources said that, given the lack of communication between USA Ultimate and the players and staff, allowing the players to arrive late would have been acceptable to the teams. However, according to sources, USA Ultimate, not wanting to set a precedent of carving out exceptions for players, overrode the coaches’ decision. Allegedly, USAU offered to cover the change fees on the players’ flights so they could arrive on time.

The situation would not have arisen had the NexGen tour schedule not conflicted with the training camp. USAU did schedule the training camp well before Minderhout scheduled the tour. It was clearly communicated in November that the training camp would start today and be required of all athletes. That was reiterated during the tryout process and the final roster selection.

NexGen’s Kevin Minderhout has not spoken to USA Ultimate headquarters in months.

Ultimately, the avoidable conflict that was visible months in advance did not come to a head until early this month. Every side is frustrated and the result is a weakened U23 team and a shorthanded NexGen team at the end of their tour.

Filling the shoes Freechild — the 2013 Callahan winner — and Montague leave behind will be a tall task, even for a very talented U23 Open roster. Freechild and Montague have been two of the statistically most dominant players on the NexGen tour this season, playing against the top teams in the sport.

Comments on "Freechild, Montague Out For U23 Worlds; Communication Failures Created Problems"