September 6, 2013 by Charlie Eisenhood in Analysis, News with 58 comments 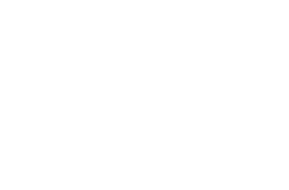 At 2 PM Eastern yesterday, USA Ultimate announced bold new changes to the Club Championships tournament format. Gone are power pools and a grinding two days before elimination bracket play. The new structure will send teams straight from pool play (pools of 4) into a round of 16 bracket. Every team makes the Championship bracket, and nobody is safe.

The one seeds will crossover against four seeds for their prequarters game; the twos will play the threes. By Saturday, only four teams from each division will remain. Only semifinals will take place on Saturday; finals are reserved for Sunday.

Reactions to the new plan have been all over the map, but nearly everyone agrees that it is a sweeping change that will impact the way teams attack the tournament. The incentive to win pool play games is greatly decreased, as everyone will get a shot at the prequarters.

Here are some thoughts from readers and from around the Internet about the new format. If you want to voice your thoughts, leave a comment below or contact us.

Man, I was so ready to rip USAU a new one for this. I thought it was going to be a classic case of USAU “ribbon cutting” and unveiling a renovated product that we thought wasn’t all that bad to begin with. I was gonna say, “seriously! how many times do they need to try and pull one of these before we realize that hey, that tattered canvas (aka the club season) may not be the best possible version (aka pre-triple crown), but it’s way better than having an under-qualified painter (aka a skeleton crew of employees who are over-worked, out-dated, AND led by Mr. “I CEO a governing body of a sport that I didn’t even know existed 5 years ago”) grab it and say ‘you know what’ll make THIS better?!? FINGER PAINT!’ (aka triple single crown tour).” I was ready to explain why Will Deaver was dumb, why Byron Hicks wasn’t modernized, and why Tom Crawford, excuse me, DR. Tom Crawford lived on a different planet….but…when I really thought about it…I actually kinda like it.

Here’s the thing. When is the last time a team has won Pre-Quarters and then made semis? I did some research and Johnny Bravo did it in 2008 (side note: let me just say that the USAU owns a fucking yard-sale of a website. Sure you might find a nice cashmere cardigan previously owned by old Mr. Johnson of 2543 Winston Ave. for two bucks eventually, but that’s after sifting through tons of hover-over links of talking about “the ten principles of spirit” and articles on “how to hook kids in at a young age so we can charge over-priced membership for life on these 12 year old rascals”…but that’s another conversation for another day). I bring this up because previously, the earliest elimination games came late on Friday with two teams that got their ass handed to them in power pools all day and the other teams scraped and clawed their way through the bottom bracket to get a chance at a chance at a chance at a chance of winning nationals. These chances are always squandered when either team, whichever wins, celebrates and then wakes up Saturday to now get their asses handed to them by a power pool winner who got to spend their previous evening having a nice dinner and going to sleep early.

So while these Friday games in the past have been exciting, the “Cinderella story” dies quick. With this new format, you can now have a team go 1-2 in pool play (for funsies, let’s say Chain), get ranked 9th and play Sub Zero first thing Friday, then realize they’re playing the Sub Zero of Terminus and not the Sub Zero of Chesapeake, finally start connecting on their patented “chicks dig the long-ball” offense, win that game, ride that momentum to beat Revolver or Sockeye or Doublewide or some highly ranked team, and then they’re in Semis! Cinderella might actually make the USAU ball this year! That’s some exciting shit!

Remember when Sockeye was up 14-12 on Revolver at the Northwest Regional final in 2011 and cheered “shattered dreams” only to lose on double game point, then get eliminated by Furious George and not make Natties? That was some high quality, drama filled, made-for-tv action. And that could happen here! We could have teams who seem to have everything going right for them on Thursday be out of it by Friday! AND it will be on the highest stage being broadcasted by the multi-bajillionaire Mothership of sports. If you don’t love that, you don’t love NBA Basketball! USAU Ultimate Frisbee!

Teams don’t get to coast into powerpools on Friday carrying over a 1-0 record, and only have to win 2, maybe 1 game(s) before it’s a walk in the park to Quarters aka Josh Hamilton Choke-fest time. Nope, even if you have the luxury of dismissing teams quickly on Thursday, you wake up Friday with a huge bulls-eye on your back and you have to respond. The teams that suffer are the perennial top-finishers as they now aren’t allowed take any games off (looking at you, Doublewide 2012). There’s a strong possibility of upsets happening to teams that people expect to win it all and these upsets could happen very early in the weekend.

Irrelevant references and ridiculous comments aside, what I’m trying to say is this: I think this format does a great job of making more games significant earlier in the weekend. That’s good for the fans, the sport, and even the players. As an athlete, I want to be in a situation where everything is on the line as many times as possible. I live for the times when competition is at its highest and when the stakes are greatest. I know that these games (wins or losses) help shape me as an athlete and a person, and I wouldn’t spend so much time training to be the best if I didn’t have the reward of going into competition and becoming a better human when it’s done. As someone who is also a fan and spectator of the sport, I want to witness the will, determination, and emotion that goes along with an elimination game. And I want to see it as many times as possible. I don’t want a broadcasted game ending 15-3 and having the losing team shrug their shoulders. I think the greatest reason why the NCAA basketball tournament is the best sporting event in the world is because every game is do or die and the stakes are so high that elimination is always imminent for every team. Why not try to maximize that in our sport?

I get why USAU is doing this. They’re allowing the semifinals to become isolated, like the finals already were. From a TV perspective, this is totally understandable. It feels to me like this was their starting point. They decided they wanted Saturday to be JUST semis.

Then they tried to shoehorn pool play, prequarters, and quarters into two days, which has normally been played over three days. So they lose power pools. Logical step. But taking the top two teams from each pool and putting them in quarterfinals didn’t do enough to measure teams against each other – what if one pool was way stronger? Weaker? So they added pre-quarter games. That made sense to me too.

Here’s where it falls apart thought: When the schedule originally was announced, i thought they were giving the 1 seeds a bye to QFs, eliminating the 4 seeds from championship contention, and playing 2vs3 crossovers as their ‘prequarter’ games. Four prequarters, each for the right to face a pool winner in the quarters! How much sense does that make? Pool play has increased incentive – you’re playing for a bye, or to avoid elimination – and it solves the problem of unbalanced pools, at least to an extent.

Why are these 1vs4 prequarters happening? They make no sense to me. They have a massive negative impact. Pool play becomes significantly more trivial. Teams can choose to rest their stars for the first three games, and only play them when elimination games come up. This creates a ripple effect through the division: Because no teams know whether other teams are playing their best, the seeding coming out of pool play becomes a crapshoot. Why would you bust your ass in pool play when there’s a chance you will get an elimination game against a rested Revolver for your efforts?

The final (and possibly biggest) issue that I have with the everybody-in prequarters is that it removes much of the value of a big, deep, talented roster. In the previous 8-or-9 game championships, it was a war of attrition. Almost all games were important, and, if they weren’t, it was because you had played well enough to make a game unimportant. Teams with 25 good players benefitted because they didn’t need to throw their stars out there to win early games, and their stars could save themselves for the important games. Teams that were top-heavy struggled because they had to play their stars in all their games, and their fatigue caught up to them (Rhino last year is a good example of this).

Now, teams have to play 4 meaningful games over 3 days. Top-heavy teams benefit immensely. You could probably shorten your bench to 10 or 12 players for elimination games and be totally fine. Kurt Gibson must have played almost every point of the final last year (if not every point). I would assume he will do the same with all elimination games this year (unless there is a blowout).

From USAU’s perspective, this is also desirable. Your stars are on the field more. The product will be better. As a spectator, this is probably a benefit. But the issue is they announced two days before the series starts. Changing the format like this has a massive impact on how teams build their rosters, practice, handle tournaments, etc. If I was captaining an elite team, and I knew about this in May, I would have split my team in half – a pool play team, and an elimination team. The pool play team would be high-potential rookies and newer players. A foundation for years to come. They could have gone to Frisco, played 3 games, gotten a ton of experience – and then cheered from the sidelines while the best players took over when it mattered. For USAU to drop a change of this magnitude this late in the season is ridiculous. This is a game-changer. This is the kind of change teams need to know about in May.

a few big problems with this, i think:

The story “Reactions To The New Club Championships Format” on Storify cannot be loaded. Storify and Storify embeds will no longer be available after May 16, 2018.

Comments on "Readers React To The New Club Championships Format"