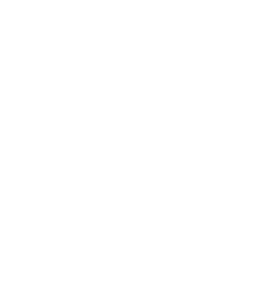 Pennsbury defended their title in a hard-fought 13-11 victory over Carolina Friends, closing out an undefeated fall season.

After their two close games earlier in the day, Pennsbury looked fatigued coming into the championship game, but found their energy early on with a boisterous sideline. They came out on their first defensive points with a zone defense, hoping to use their athleticism to cover the deep and middle attack, but CFS quickly responded by dropping all three of their top players back to handle.

Captains Sol Yanuck and Abe Eichner worked the disc around in the backfield while freshman superstar Liam Searles-Bohs worked the disc upfield, creating a lot of flow and energy for the CFS offense in the start of the game as the team stayed on serve with Pennsbury.

After a few over-amped points by the Pennsbury offensive line, they were able to find a rhythm with star handler Cole Drummond using his speed and agility to keep a consistent motion downfield. Cole brought the Pennsbury offense to a pace that was almost too quick for CFS to keep up with. They found success in using their momentum to quickly work the disc up the field against a tough CFS zone anchored by Searles-Bohs in the deep, shutting down a lot of Pennsbury’s hucks. Pennsbury’s offense worked like a machine through the mid-space and stayed consistent as their defensive line was able to use their size and speed to find D’s early on in the first half to put them up a break.

Carolina Friends stayed calm and composed through the first half with Yanuck playing a bit of a smaller role than in earlier games. The team’s energy seemed to waver as Pennsbury’s sideline erupted in cheers. CFS was able to close the point gap but Pennsbury’s energy helped them take half 7-3.

The first half clearly belonged to Pennsbury. Their offense and defense were clicking. Their momentum and energy carried their lines to Ds and scores.

However, as the second half began, it looked like they were running out of gas.

Pennsbury’s energy and confidence started to waver as the game turned into a highlight reel for Yanuck and Searles-Bohs. Yanuck, having a breakout game as a defensive player, gave CFS many opportunities for a break while Searles-Bohs ran the offense and stretched the field along with Eichner. With a new surge of energy coming from CFS, they were in a position to come back and take control of the game.

This comeback may have come to fruition if not for Pennsbury senior captain and star cutter Jake Doyle.

Doyle had tough matchups against Searles-Boye and Yanuck but was able to find open space in the endzone time and time again. On the other side of the disc, he began to win his matchups and get the disc back into the hands of handlers Drummond and Max Rooney. Rooney, who began the game helping to maintain the flow of the Pennsbury offense, came alive late into the second half and pushed Pennsbury to rip through the CFS defense and, once again, take control of the game.

As Pennsbury inched their way towards a win, they were met by another huge surge of energy from CFS. Searles-Bohs was gaining momentum throughout the second half and found himself in a position to take control. Possibly the youngest player between both teams and definitely one of the most talented, he dominated both sides of the disc. With the score at 12-9, he pushed himself to his limits to bring his team back. He forced turn after turn until they were able to bring the game within one point at 12-11.

After two straight scoring attempts by Pennsbury’s offense were met by a D from Yanuck, CFS had a chance to tie the game. They began to work the disc up the field but Drummond came up with a huge block, then threw the disc up the field to Rooney, who punched it in for the score. In their third close game of the day, Pennsbury came up with the big win and the tournament title. They rushed the field in celebration of their 2nd straight Tidewater Tuneup championship win and their fourth straight tournament win of the Fall.

“This is what it’s about, our team,” said Pennsbury coach Isaac Saul. “This was a tournament we were looking forward to all year.”

Everything about this victory for Pennsbury illustrates the overall dominance of their team. Their final two wins prove that they are able to beat some of the top competition in the Southern region and they will now look forward to giving a serious challenge to powerhouse teams in the Northeast like Lexington and Needham, who beat Pennsbury at last spring’s Northeastern Championships. As a well-established program now known all over the East Coast, they will look to prove themselves as the best in their region.

They appear to be on the right track.