How Some College Teams Are Mismanaging Their Rosters 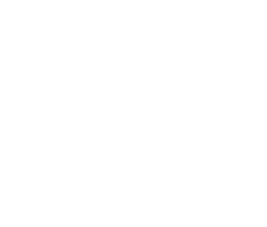 I felt a familiar frustration while I watched the Pitt and Penn State showcase game at Steel City Showdown last Friday: forced offensive and defensive lines.

Penn State ran O and D lines the entire game. I talked to one of Spank’s players and they had a specific subbing strategy they were sticking to (putting guys in specific roles, especially against top competition like Pitt).

It’s something you see all the time in college ultimate — teams running distinct offensive and defensive lines. So often, though, they don’t have the depth to do so.

The top college teams are DEEP. Sure, every team has a couple studs, but it’s their bench that helps them play well into Sunday and win tournaments. There’s not a whole lot of drop-off between the 14th and 21st guy. These teams have the manpower to use separate O and D lines.

If you weren’t at Nationals last year, guess what? Your team isn’t good enough to do that.

The average 20 man college roster looks much different than those of the top Nationals teams. There are two or three players that are better than everyone else on the team, a second group of 6-10 solid players, a couple athletic guys without reliable skills, and then everybody else.

Yet teams still split up their studs and put them on different lines. Players that have no business playing in tight games get points. As a consequence, these teams lose when they shouldn’t.

The Fall Is Not The Spring

Outside of the big end of the fall semester tournament where there’s actually good competition (like Steel City Showdown), winning games isn’t really the goal in the fall. Improvement should be the primary objective.

You’ve got clueless rookies, lazy returners that didn’t do anything over the summer and need to get in shape, and young guys stepping up to fill vacated spots. As a mid-level team you need to go X and Y.

Smaller benches force guys into bigger roles. Less experienced handlers pick up dead discs. Side cutters become primary cutters. Everybody guards better people. Above all else, guys play lots and lots of points. More points than some of them have ever played at a tournament.

Ultimate — and sports in general — is about repetitions. Players need to see situations over and over again until they click and become instinct, just like throwing and catching. Split squads are a great way to get players those reps in an environment where mistakes don’t kill your RRI or cost you a trip to Regionals.

If you’re in the position of evaluating your teammates, watching them get tons of points is the best way to do it. You’re going to find out pretty quickly who has skills.

Ultimate is not like football. In football there are offenders and defenders. One or the other. You can’t do both. Peyton Manning doesn’t stay after practice for 45 minutes hitting the blocking sled. He throws some balls, yells at some lineman, and goes home to make an awful Papa John’s commercial.

Rather, college ultimate is like basketball. You can go from offense to defense to offense in a couple of seconds. Players need to be able to play both ways at the flip of switch. Your best handler isn’t your best handler if he can’t play defense.

And The Spring Is Not The Fall

So, objectively look at your team and evaluate how deep you’re able to sub. Look at the number before it drops off into guys that can’t play in a big game. If it’s 21, good for you. If it’s 12, that’s okay too.

Fitness is not an excuse to this approach. You’re in college. Get in shape. You have boundless time and energy. In 2005 I watched Pitt run a team of 15 guys through Regionals to their first Nationals berth. You’re going to be okay. Instead of wasting that timeout, use it between points to catch your breath and take as much time as the other team gives you.

This drives me nuts. Your O line gets broken twice in a row and your second best player is sitting on the sideline watching it happen. Because he’s on the D line. Why?

There’s room for specialists in ultimate. Zone markers, freaky good defenders that can’t throw, upwind/downwind scenarios. There’s a place for all these guys. Just not all the time, and probably not in important games.

Remember that number you found before? The level of depth that you have available to sub? That’s who should be getting the vast majority of the run in big games. That means some of your best players will be playing back to back points, offensive or defensive.

Not every team will have the luxury of running 20 players deep. Don’t emulate the model of a top program at the expense of your own ability to get wins.

Comments on "How Some College Teams Are Mismanaging Their Rosters"