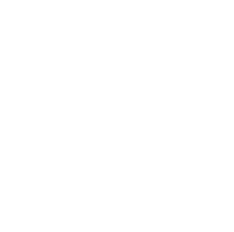 The match-ups of rising ultimate stars, a clashing between old and new foes, and a last minute addition highlighted an eventful weekend in Chattanooga, Tennessee at Deep Freeze. Seven states were represented in the first multi-regional tournament of the youth ultimate season and the anticipation of certain games did not disappoint.

Holy Family Catholic might have lost their two biggest threats downfield, but that did not stop them from showing a balanced attack and commanding defense all weekend long, never allowing an opponent more than five points in a game. Coach Steve Conrad called it knocking off the winter rust; they sure did that and then some.

Revolution started strong on Saturday, winning four games, including a hard fought win against Paideia during the cross-over round.

Jordan Monnin was a driving force on defense all weekend for HFC, especially during their semi-final win over Birmingham Forge. Monnin gave Forge’s captain Eric Sjostrom trouble by making three lay out defensive stops propelling their way to the championship game.

Carolina Friends’ “diamond” zone gave everyone fits, except Holy Family Catholic, who made all of the right decisions and exposed the defense’s weak spots. Stephen Kenny made a major contribution toward slicing the diamond by making not one layout catch but two during the same point, one of them a score while he dragged his toes inbounds.

After the first half it was easy to tell HFC had more energy and patience compared to Carolina Friends. “Coming off a hard fought win can sometimes give your team a letdown,” coach Conrad said, referring to their CFS win before the final. “Even with them having longer games before, I was impressed with their mental state coming into the game and battling through.”

HFC continued to take advantage of their tired adversaries making the game seem slow, but the one-on-one match ups were special to watch. CFS captain and Carleton commit Sol Yanuck was primarily shut down during the finals by Holy Family’s senior captain Dominic Schuster.

Holy Family Catholic grinded through the last few points and convincingly won the 2014 Deep Freeze Open Tournament. Revolution Ultimate started their season going undefeated and placed themselves in a prime spot to be one of the top high school teams in the nation.

Birmingham Forge, led by senior Eric Sjostrom, finished a miracle weekend tied for third when the team two days prior had no idea they would be attending Deep Freeze. “The opportunity arose for us to take a team and we decided that as long as we could get seven players we would go no matter what,” said Sjostrom. With two teams unable to attend, Forge stepped up and did so in a major way.

Forge’s goals for the weekend were simple: place higher than last season by making the semi-finals. Last year’s top four teams going in were nothing compared to this season, but that did not stop Forge for giving all they got.

Their first chance was against Paideia on Saturday and, despite playing their best zone defense of their entire weekend, they came up short, losing 11-9. That did not end their hopes and Sjostrom seemed confident that his team would rebound the next day if given an opportunity.

“We made plays all across the board from players that had never been put in this kind of situation, it was incredible to be a part of,” Sjostrom said of that game.

Being the lone high school player from Alabama on the tryout list for junior worlds, Sjostrom was honored to meet fellow invitees. “After playing against all these guys that made tryouts I am just that more excited,” he said. “I did not meet a single one that I did not like.” He also said that, regardless of whether or not he makes team USA, he will be happy because it will be one heck of a team.

Holy Family Catholic’s coach Steve Conrad had this to say about Forge: “The grit and fortitude those guys showed was unbelievable. That is one of the reasons I love this sport, to see young men coming out here giving their all ’til the very end.” Birmingham’s weekend ended on a 13-4 loss to the eventual champions, Holy Family Catholic.

Independence Starts with a Marquee Win, Ends with Holding Seed

Starting Deep Freeze with two easy wins in their pool, Independence Flight was eager for their first ever game against Neuqua Valley High School.

Tensions were high with both teams, but perhaps a little too high for Flight when two miscommunications led to free hucks and scores for Neuqua’s first two offensive line points. Flight then regrouped with a standard zone on defense and made up for their points given up. Trading breaks and points, Neuqua took half 7-6 and then widened their lead out of half to 10-7.
With the help of senior players Carter Rae and Luke Hudgin, Independence went on a three point run to tie the game. After making the score 12-11, Independence forced Neuqua to an errant throw and then converted the defensive break to finish the 6-1 run and win their pool. The spirit on both teams both during and after the game was what made it such a compelling game to watch.

Independence then had to reorganize in mere minutes for their crossover game, to play against Carolina Friends School. After giving all they had in the previous game, their minds and legs could not keep up. The switch of pace playing against CFS zone proved too difficult to overcome, and they lost 11-6.

The downward path did not stop there for Flight, even with the benefit of a first round bye on Sunday; they found themselves in disbelief when they lost on double game point to Birmingham Forge. Independence ended their weekend on an 11-10 hard cap win against Brookwood Inferno to hold their original seed for fifth place.

Going into Deep Freeze, Carolina Friends School wanted challenges from old and new opponents, and they certainly got what they wished for.

The level of play for CFS defense was outstanding for a high school team in the early stages of the season. CFS adopted the “diamond” zone defense, made popular last season by Arizona, to their repertoire, as well as a force middle. These next level strategies helped earn them a date in the semi-finals with a familiar foe, Paideia High School.

After an impressive 13-7 win against Neuqua Valley, Paideia came out firing on all cylinders and proved that they save the best for Sunday with a three scores to start against CFS. Down but not out, CFS quickly responded by great movement by freshman Liam Searles-Bohs and senior Matt Gouche-Hanas, who were both hot all weekend long for the squad from North Carolina. Eventually the diamond zone wore down Paideia’s patience and CFS was able to capitalize on field position in their 9-7 win.

The semi-finals game was all but a precursor to the many matchups Paideia and CFS will continue to have this season. Rest assured both teams still have plenty of time to improve before many games to be played, including at the 9th Paideia Cup and, of course, 2014 High School Southerns.