The Greatest Game of Mini Ever Played? 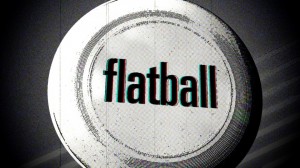 Dennis “Cribber” Warsen is a former NYNY player, a UPA & World Champion who, since retiring from playing ultimate, has become an Emmy Award winning documentary filmmaker with his work following the NFL. Recently inducted into the USA Ultimate ‘Hall of Fame,’ he has turned his hand to ‘Flatball‘, a project designed to bring the history of ultimate to the big screen. See more about the documentary here.

As I was taking a look at the Indiegogo campaign for the Flatball documentary, I found this “perk” available for any generous contributors:

You’re now one of the executive producers of Flatball. You’ll immediately be in direct contact with director Dennis “Cribber” Warsen and given carte blanche access to his massive interview and game archive.

We’re also going to set you and two friends up with a private game of mini with Cribber, Ken Dobyns, and Beau Kittredge (you pay travel costs). They’ll also probably buy you beer.

Cribber & Kenny are two players often lauded as the best ultimate players of all time, and I don’t think many people are in any doubt that Beau Kittredge is a contender for the best player in the game still active. Now, Cribber & Kenny are about 20 years past their prime playing days, but that probably wouldn’t stop them bringing a level of intensity, field awareness & throwing skill that would allow them to demolish most good players. It all got me thinking: who would *I* pick to take them on?

My three, with reasoning:

The question is simple: who would you pick to take on Kenny, Cribber & Beau in a game of 20 by 30 by 6? Leave us a comment below!

You can donate directly to Flatball’s production on Indiegogo. The film has, in less than a week, raised over $12,000 towards its $25,000 goal.

Comments on "The Greatest Game of Mini Ever Played?"