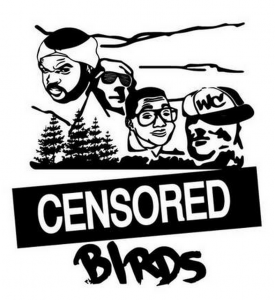 It’s the big looming cookie jar stashed high above ultimate’s reach. Just about every player and group related to ultimate wants it on some level.

Who hasn’t imagined the day when you’ll no longer have to defend the act of simply referring to ultimate as a “sport”?

Especially considering that, if we’re honest about it, there’s a pretty good chance that day will never come.

If you’ve stayed with it long enough to learn how to throw a flick, though, chances are you’ve at least somewhat come to terms with playing a sport where mass media exposure is much less common than SPF 45 and spirit circles.

But even if you’re someone who’s just as happy playing in the national title game broadcasted on a livestream to the rest of the country as you are playing an impromptu pickup game in a city park, you’re probably still intrigued by the great effort the ultimate community has been making over the past few years in an attempt to pull that cookie jar of legitimacy down off that high shelf.

Which is why Saturday evening at Club Nationals this year must have been especially frustrating for those who subscribe to certain ideas of how the sport might best be taken “seriously.”

Long story short: Two Seattle Mixed players took some pot brownies after their semis upset over Boston Wild Card, experience adverse reactions, and have to be taken to the hospital. Seattle Mixed would then go on to be crushed by Minneapolis Drag’n Thrust in the final the next day 15-9, leaving many to wonder, especially with the myriad of rumors swirling around, what might be the cause of the blowout and what implications could be drawn from it.

What’s questionable, however, is when those discussions about what happened that evening were contorted to the point of using the occurrence to act as some sort of reflection or symbolic representation of Seattle Mixed, the mixed division, or ultimate as a whole.

Walking around the fields Saturday night and Sunday and listening to the conversations, or taking a look around various online discussions shortly after, one might get the impression that this was just another piece thrown onto the mountain of evidence that the mixed division is a joke, or that ultimate will never be taken seriously.

Sure, the mixed division has always been looked at as something of a joke. Talk to high-level men’s and women’s players and a good lot of them will admit to viewing it as anything from the place you go when you’re not ready to accept playing Masters to nothing more than pick-up league fodder. It’s unlikely anything will ever change that.

Despite the fact that players like James Hron or Sarah Carnahan would be just as much of a headache to guard in their respective single-gender divisions, this thinking remains. Despite the fact that ultimate is maybe the only sport in the world to be played at an elite level in co-ed and should thus perhaps be viewed with pride, this thinking remains.

I’m not saying there isn’t a case to be made that men’s or women’s is more competitive, or elite, or something along those lines. All I’m saying is that two people getting high does not ratify the illegitimacy of a division any more than it does the sport as a whole.

And as for the question of how it reflects on ultimate in general, perhaps that can best be answered by Seattle Mixed coach Jamie Arambula.

“In the NFL, you have people getting shitfaced all the time,” he said. “Guys shoot someone or fight someone. Guys beat up their wives. Does that un-legitimize their sport?”

As a veteran who’s played for top clubs like Santa Barbara Condors and Seattle Sockeye and done crazy things like attend 30 tournaments in a single year, for two years in a row, Arambula has been around the ultimate scene.

He said that every ultimate team he’s known, even the elite ones, has at least one player that does drugs, including at premier tournaments. But, Arambula was quick to note, that doesn’t mean they don’t take their team or the game seriously.

If anything it just makes them adults and humans, some with different preferences than others.

Though he doesn’t condone drug use, Arambula said that the matter comes down to personal responsibility more than anything else.

“From my perspective as a coach, I don’t want anyone doing anything to affect their performance,” Arambula said. “But if someone is gonna do something, they’re adults. That’s on them. You’re an adult, you can make those choices.”

In contrast to leagues like the NFL or NBA, where players are under multi-million dollar contracts, agree to act as representatives of the organization and the sport, and have hordes of analysts scrutinizing everything they do, the issue of a small drug incident might have a little more weight.

Yet, even those flare-ups usually fall by the wayside in the wake of larger issues like weapons charges and domestic abuse, or even the next day’s news cycle.

But ultimate is different.

Not just because there’s no big money or lofty prestige in it. Or because there’s thankfully much less assault and drug offenses. Ultimate is different because players and organizers still have a great deal of say in how we define our sport and what we want it to be.

So when ordeals like what happened on Saturday evening of Nationals occur, we can decide our own reaction to it and decide what it might actually mean and say about our community as a whole, rather than falling back on pre-scripted responses dictated by vague social norms or sensationalist pundits performing for ratings and fake respect.

We can look at two people getting wrecked by pot brownies as a disgrace if we really want to look at it that way. That’s not entirely crazy. We can also look at it as unfortunate mistakes made by two of our friends. Adults that made poor choices and suffered the consequences for it.

Perhaps we could go even further and think about elements of the larger context. For instance, unlike just about every other sport, in ultimate if you come out of nowhere and qualify for the national championship game, you really only have a few hours to (modestly) celebrate it.

You don’t get the chance to get ripped with your teammates that night, then come back the next day (or more likely the day after next) and get back to training for the big show.

In this way, when we look at the choices of a few Seattle Mixed players—and when we keep in mind that this was the first time that all but two of their players had made the trip to Club Nationals—and their decision to celebrate as hard as they played, maybe it’s not so crazy.

Yes, most of us would probably have done different. Maybe just a beer or two. Or maybe just a shared joint rather than the unpredictable grenades that are edibles.

But does that mean we should demonize these young people or take their actions as a sign that what we all love, regardless of team or division or broadcasting schedules or whatever, is a joke?

As people that pretty much constantly have to defend their love of the sport to the rest of the world, their family and friends, and sometimes even themselves about why they bother in the first place, do ultimate players and the community at large really need to be taking the act of two people getting too high as evidence that we’re all fooling ourselves into thinking we’re doing anything but playing around on a field?

Which brings us back to the question of legitimacy and what we mean when we say we want ultimate to be taken “seriously.”

Our initial reaction might be to scoff, as if we all know what it means. But when you try to pin it down, what constitutes “legitimate” and “serious” isn’t so easy to identify.

I don’t have any easy answers for those problems. I’m not sure there are any.

Here’s one attempt at an answer from Arambula that seems pretty solid, though: “I think we’ve got more of a chance for legitimacy being on ESPN making big plays than some Reddit thread about some girl passing out.”

It’s pretty hard to argue with that one.