And then there were 12. Four contenders in each division fighting for a National title. Other teams wrapping up their seasons in consolation games, hopefully positioning themselves well for the Worlds waiting list. But everyone will be drifting toward the stadium today, ready to support their favorites who are still in the hunt.

The tournament shrinks today. Yesterday, it felt like a number of mini tournaments going on. My day centered on Dig losing to Ring in the quarters and on the field next door, Ozone sending Riot home. There’s not a lot of shade at the fields so I was camped out in this skinny strip, wishing for a swivel chair. 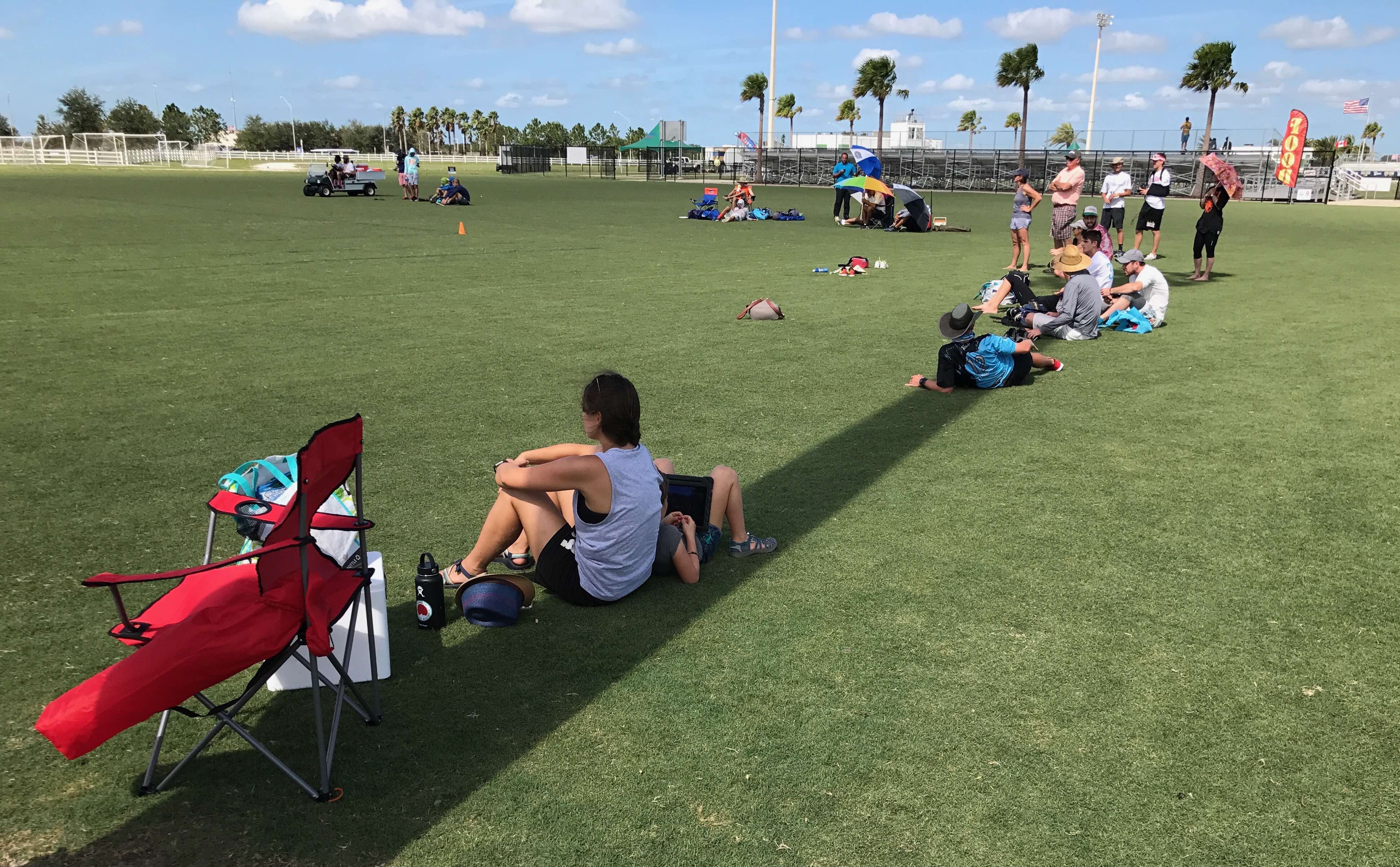 My tournament continued on the Molly Brown/Scandal sideline. Fantastic game, punctuated by the best defense I’ve seen all week. The Manuela catch block wasn’t bad either. I’m still stalking her.

I guess the new norm for fans here is watching a game, while checking the Ultiworld Live Twitter feed. I read about the Florida/Doublewide quarter and was glad to not witness it in person. When I was leaving for the day, I overheard one of players from that game say incredulously, “I don’t get it. That’s how we always play.”

I don’t get it either.

Apologies are in order to the Lohres. They are another family with three children playing: Lisi on Molly Brown and Ben and Will on Bravo. Papa Phil can’t be here but here’s Lisi and Julie after MB made quarters.

Proposal from a Zoo alum who incurred multiple cards for swearing: Observers should not penalize anyone who drops an F-bomb. “That’s the only one anyone wants to say anyway,” he said. They should only give out cards for the other swears. Mitch?

You know what? I’m going to cut this column short today. I simply have to get to the fields for the Ozone/Fury game. There’s no way I want to watch that game on Twitter.