September 28, 2019 by Liam Grant in Coverage with 0 comments

After a roller coaster day of bracket play the cream of European ultimate eventually rose to the top. Here’s how things panned out in the Men’s Division on day two. 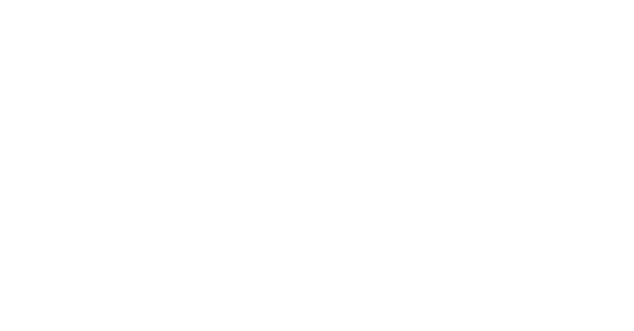 The big three of CUSB La Fotta (Bologna, Italy), Clapham (London, UK) and Bad Skid (Heilbronn, Germany) all bashed their way through to the quarter finals with relative ease against FAB, Iznogood and Freespeed respectively.

The battle of the West between Ranelagh (Dublin, Ireland) and Alba (Scotland) was a cracker. Ranelagh had got the better of Alba every time they met this season but Alba won The spaghetti western on double game point.  The shootout started with the Scots taking an early 4-0 lead. Like a well poured pint of Guinness the Irish men took a long time to settle but eventually they got their smooth creamy offense up and running. They fought their way back to one point game. Alba had the disc at 14-13 to win the game but Enda Kelleher got an incredible run through D on Alba captain Cameron Agnew and roasted him to the endzone to keep the game alive. With older slower brother Daragh Kelleher now injured on the sidelines it was up to Enda to take the Agnew matchup again. The Scottish talisman didn’t disappoint on this occasion firing his six shooter to Andrew Warnock for the win. You can watch the final point on the EuroZone Facebook page.

Initial 4th and 5th seeds MUC (Munich, Germany) and RealFive (Dzerzhinsk, Russia) faced off earlier than expected as the Russians took a tumble in the group stages but still managed to keep themselves on the right side of the draw for a semis run. In the prequarter match, RealFive defeated MUC 15-13. The Germans showed why they are the second best team in their nation with an early break against the Russians. Benno Krojer was electric for MUC. Teammate Florian Muschawech informed Ultiworld that Krojer recently earned an invite for the German National team training camps. RealFive’s Mikhail Khudobin crossed over several times to shutdown the speedy German but it was the traditional D-line that earned the breaks. After being 10-9 down the RealFive D-line, led by Vladamir Kochkin, broke twice to take the lead. He then crossed over to the O-line as the Russians banked on banging in their offense points for the win. However it was the Russian champion’s D line that scored the last point with pickup Ilya Dannenberg playing a pivotal roll.

Italian east coasters Cotarica (Rimini, Italy) got a double game point win over FWD>> (Vienna, Austria) 15-14. The Rimini men showed that they were underseeded coming into this event. They broke three times right out of the blocks to give themselves a cushion to sit on eventually taking half 8-4. The Austrians broke back straight out of half and never gave up. Fabio Galli and Matteo Paradisi were crucial for Rimini in the late stages of the game. Tommaso Francini scored the winning goal catching a long throw under some pressure.

The jig was up for CUSB Red Bulls (Bologna, Italy) as they couldn’t compete with the raw athleticism of Chevron (Northern England, UK) losing 15-10. Tom Bennett blew one of his cleats which resulted in a turnover but that’s about the only luck the young boys from Bologna had.

David Novak and Vojtech Palous were leading the charge as  FUJ (Prague, Czech Republic) defeated Mooncatchers (Brussels, Belgium) 15-12. The Belgian champs took an early lead 3-1 but FUJ adjusted to their deep game and took a commanding lead at 9-6. Novak scored four goals for FUJ with only Benoit Spapens scoring more in the game with five for Brussels.

Quarter finals kicked off at midday with Clapham beating Cotarica Grandes 15-4. The dream is over for the young Italians but they will be hoping to pick up another win before the weekend is over. Clapham managed to finish their game in about 30 minutes which was lucky as they could seek shelter from the torrential rain that rolled through. Jaimie Cross was back on the sideline to do some assistant coaching after he was on ambulance duty yesterday bringing Will Rowledge to hospital. Also returning to action was Justin Foord who has been suffering severe stomach cramps. CUSB La Fotta looked equally impressive taking down Czech side FUJ 15-10. The Alba vs RealFive rematch ended poorly for the scots as the experienced Russians took the game 14-9. The young Scots looked exhausted after their double game point win over Ranelagh.

The Game of the day was Chevron Action Flash vs Bad Skid as the British boys got the upset winning on double game point 15-14. It took Chevron four attempts to convert the first break of the game with Seb Allen getting the goal to lead 3-2. At 5-5 Samuel Beuttenmüller and Holger Beuttenmüller crossed over to the Bad Skid D-line for a break to go back on serve. Steve Dixon played fantastic all game matching up against Holger which took away Bad Skid’s release valve downfield. Nick Williams boxed out well to give Chevy the break opportunity and Issa Dualeh converted over Holger to convert 10-9 to Chevy. Samuel Beuttenmüller got the layout of the game to get the break back. The match drew to it’s conclusion with Bad Skid coming out on offense for double game point. Ben Burak made a big grab on an under thrown huck from Nico Müller to Samuel Buettenmuller. Mark Penny then sent it to Nick Williams to seal the upset. Chevron looked like the stronger squad all game long and deserved to make it to semis.

If you like very boring a predictable men’s finals at UK nationals you would have loved Clapham’s semi final versus Chevron. Clapham predictably ran away 15-8 winners over their fellow country men. Axel Ahmala got a run through D on the first point which set the tone for the game. The Finnish native also followed this up with a Callahan later on in the game to kick Chevron while they were down. Chevron had one notable break in the game where Justin Foord was involved in two turnovers and didn’t look his usual best but still managed to be the stats leader of the game with two goals and two assists. Seb Allen scored the break but this one of the few moments Chevron will remember fondly. Other notable moments was Andrew Hillman roofing Josh Kyme for a break.

Not many people expected RealFive to make it to the semifinals,1 but the Russians ran out of steam to lose 15-11 to CUSB La Fotta. Like Chevron against Clapham, RealFive went 0-3 to start the game. Giovanni Santucci got the bookends and a massive sky catch to start what many would have predicted to be an easy matchup for the Italian giants. This was not the case. RealFive regathered themselves and came out strong against the stacked Italians with Andrey Soprunov scoring the first break for his comrades. This momentum continued as the Russians took half 8-6. Brothers Anton and Andrey Butikov did a great job running the RealFive offense until a marathon point at 9-9. CUSB scored to make it 10-9 and the Russians, who were running extremely tight lines, eventually ran out of legs and the CUSB D-line looked far better than their offense rolling when they got on the field. Trombetti scored the winning goal but it was brave performance from RealFive. Mikhail Khudobin is odds on favorite to be the fastest man in the division and deserves praise of the highest level.

Looking towards the final, Clapham have to be everyone’s favorite as they have been hardly tested all weekend.2 The La Fotta offense only turned once in their quarterfinal versus FUJ but could barely string a pass together against the RealFive. If La Fotta don’t play their best it could be a tenth title for the Clapham elite.