The following is a preview of Elevate Ultimate‘s book, “The Art of Coaching Youth Ultimate.” If you like what you read, consider buying the kindle or paperback edition! To buy it, and for other free resources, visit their website. There have been only small modifications applied for formatting and style.

Catching is often the first skill kids feel confident doing, which is likely why coaches often fail to explain why we catch a certain way. “Why do I need to catch with my left hand when I can catch really well on my left side with my right hand?” It’s a great question that you should be able to answer with ease to motivate your athletes to learn new skills.

Below are the most common types of catches and their applications.

The most common style of catching. Using two hands, you ‘high five’
yourself with the disc in the middle.

Pros: Safest, easiest catch and typically the most familiar for people.

Cons: Needs to be in the right spot to be caught this way. Sometimes can
be blocked because the disc is close to the catcher’s body. 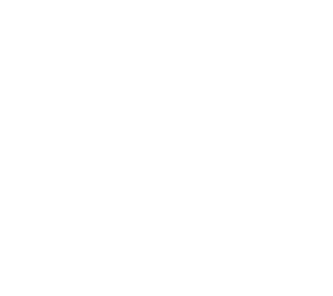 A great two-handed catch to attack the disc up high, down low, or out in front.

Pros: Harder to defend when the receiver is able to attack the disc they’re catching. Easier to catch high or low compared to the pancake.

Cons: More likely to drop this when the receiver is learning. Harder to catch in the wind.

Pros: The athlete can stretch out farther when the disc is out to the side.

Cons: They are more likely to drop it at first. Athletes will avoid using their non-dominant hand at all costs. Break them of this habit.

Athlete X keeps pancake-dropping the disc. They’re cutting super well and getting open but as soon as the disc gets into their wheelhouse — plop — on the ground it goes. What is going on? What are some cues or things you can do to increase their likelihood of catching and not giving up or getting frustrated?

Your Turn – Improve Your Team’s Catching

Scenario: Your team consistently gets blocked when they’re trying to catch the disc. Whenever the athletes are running to catch a disc, they stop to ensure they can pancake it. It’s the safest catch for them and the one they’re most comfortable with. You note that this is something to work on for the next practice.

Next Practice: You are doing a pretty basic drill. There is throwing, a small out-and-under cut, and then a catch while running.

Being able to answer the questions above will help you set your team up to learn the skill and transfer it into games.

This is how Elevate would run that drill (yours could be different, and even better!):

“Hey everyone, great game yesterday. I really loved how everyone was trying to use their safest catching style when trying to get the disc. That’s very smart. Today I want to push us to step outside of our comfort zones a little bit. What’s one way you think we could do that with regards to catching?….. Great! Catching with our arms extended. Anything else? Awesome… running while we catch. Cool. I think that’s a great place to start.

In this next drill, I really want everyone to focus on running through the disc as fast as you can. I want you to try to see if you can actually run faster as you’re trying to catch. I do not care at all if you drop it. I just want to see how fast you can go! Sound good? Alright let’s give it a go!”

Catching may be the most basic skill in ultimate, but it provides a world of opportunities to work on a growth mindset and resilience.