January 7, 2016 by Charlie Eisenhood in Livewire, Video with 2 comments 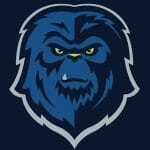 They also added Mark Burton, who left his two year contract with the MLU’s Seattle Rainmakers a year early.

Ultiworld asked the MLU’s Nic Darling about the contract situation with Burton.

“There is definitely enforceability, but after conversations with Mark we agreed to release him from his contract with the Rainmakers,” said Darling. “While we are sad to see him go, we understand the various pressures put on players in the current ultimate environment, and we feel that our business is currently best served by having players who are passionate about and fully dedicated to their teams rather than those bound by contract.

“We will, of course, address situations like these on a case by case basis and our inclination toward enforcement will definitely evolve along with the evolution of the professional game. Each player is in a unique situation in terms of relationship to their team, the league, its partners and its fans. Our position on contracts will take into account what is best for the league and for the player.”