November 10, 2015 by Charlie Eisenhood in Livewire, Video with 29 comments 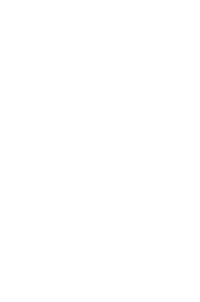 USA Ultimate just announced the start of the 2016 Board of Directors election, which runs through November 18th. Both open seats are likely to be filled by candidates running unopposed. Get more information on USA Ultimate about the candidates and the voting.

One thing I saw that was worth bringing some attention to was long-time, influential board member Henry Thorne’s written statement for his reelection campaign (he is running unopposed). Here are his thoughts about the pro leagues (emphasis his).

They’ve really done some great things. And they’ve done some harm. Let’s find a way to get the best of what they’re doing and team up.

The great things the pro leagues have done? They bring a huge energy into the sport in the cities [in which] they’re successful. I have not seen Pittsburgh so excited about ultimate since we put our summer league together at a single site on weekends. Hundreds if not thousands of people are seeing high level ultimate in Pittsburgh for the first time and that’s spreading the word that this is a real sport and kids in school will now pick up ultimate instead of the traditional sports at a much younger age than ever before. We’ll be a better ultimate town than ever in ten years as a result. And the sport is definitely getting a shot in the arm nationally through their efforts.

The harm? The gap between the women and men is being pushed wider. We can help counteract that by pushing GUM and other programs through our USAU Foundation, and we are, but we should be doing that and not having the gap pushed by this other force. And the loss of our carefully nurtured, highly novel, and very promising officiating system is just a damn shame. For all those kids to be getting exposed to the sport without the honor inspired by “Spirit of the Game” is just a lost opportunity.

The ultimate way for this to all come together into a positive result is to team up and make a mixed pro league that competes both in the match play format and the tournament format using the existing mixed teams in our existing Triple Crown. We need to focus more on these teams anyway because they are our ticket into the Olympics. This would be an ideal way to do that. Food for thought.