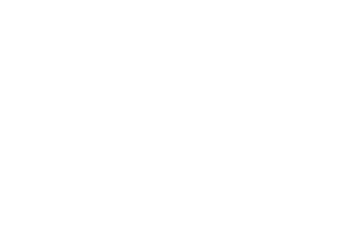 As with any sport, ultimate is constantly evolving. The rules that govern our game are by no means perfect and we should always be looking for opportunities to improve them.

With that in mind, Ultiworld is starting a new series, Rethinking the Rules, that will explore areas in which our sport has the potential to grow. We’ll be taking a look at a variety of ideas, ranging from the innovative and far-fetched to the obvious and easily-implemented, with the intention of sparking a discussion on how the sport can get better.

In the first edition of our Rethinking the Rules series, we will be exploring a concept that certainly falls on the creative side of the spectrum: penalty boxes.

Adding penalty boxes to ultimate is a fairly unexplored idea that first came to me while watching video from the now infamous Canada vs. Japan game at Worlds. If you haven’t seen our recap from that game, check it out, because the egregious fouls — and to be frank, the dirty and dangerous plays — committed by Team Canada exemplify the type of infractions that ultimate’s current rules have little answer for but that a penalty box system would be able to effectively combat.

Most people immediately associate the term ‘penalty box’ with ice hockey but a system developed for ultimate would be more likely to sample from lacrosse and rugby. Both of these sports allow officials to discipline players that commit infractions by taking them off the field for a set amount of time and forcing their team to play shorthanded. For our purposes, it seems necessary to assume that the hypothetical penalty box system for ultimate would similarly be enforced by either observers — with the authority to actively call penalties — or AUDL-style referees. The advantage of playing 7-on-6 is simply too great for players to be responsible for making these types of calls.

In the system I’m imagining, the vast majority of fouls committed in any single game of ultimate would not warrant a trip to the ‘sin bin.’ Penalties would only be assigned for the most absurd and unspirited of infractions. Similar to rugby, players would be taken off the field for:

Once assigned a penalty for one of these infractions, the guilty party would be required to stand in a designated area outside the field of play for a set amount of time. This is where things start to get tricky. Determining the appropriate amount of penalty time given for the various infractions seems like it would take quite a bit of testing. Lacrosse is probably the best template to start with as most penalties last for 30 seconds but more serious fouls warrant increased time ranging from one to three minutes.

It’s hard to imagine playing defense 6-on-7 for even 30 seconds without surrendering a score. And, in a way, that’s the point. The penalty box would be used to regulate only the most excessive or recurring infractions. Officials would be able to give warnings when things get chippy, as the AUDL already has them doing, so players could know when to correct their behavior. At that point, each individual can either realize that crossing the line means they are essentially giving up a score or they can continue on and find themselves in the box.

It would also enable observers to regulate a match more quickly. One of the criticisms of the current system is that observers can’t quickly punish a player — both team and player misconduct fouls act mostly as warnings, and the yardage penalties that can come later are arguably not severe enough. Allowing observers to send players to the penalty box would get games in line — fast.

One last important thing to point out is that the penalty box system would have very little effect on the overall flow of the game. Penalties should be quite rare and, assuming teams could make it through an entire penalty a man down, players would seamlessly re-enter the field once they had served their time. Most games would likely finish without a single penalty being called but there would always be a safeguard in place to prevent the undesirable extremes.