Rethinking the Rules: Fouling Out

September 27, 2012 by Wes Cronk in Analysis, Opinion with 9 comments 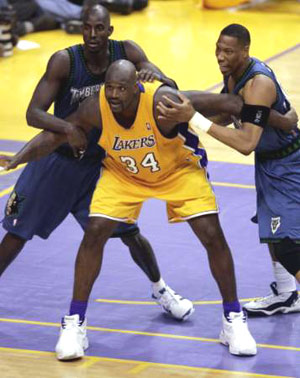 It should be no surprise to anyone that’s followed college ultimate in recent years that when I first started playing competitively while at the University of Florida, I quickly grew familiar with the idea of intentionally fouling. The benefits are pretty straightforward. Instead of letting an opposing player break your mark or run past you on a cut to the endzone, a little bump is all it takes to knock a player out of rhythm and stop play.

Knowing when to strategically foul — even if it means reseting the stall count or giving the offense a do-over —  in a sport with no systematic way of seriously dissuading minor infractions is wildly advantageous.

The foul-friendly mentality — which many elite players and teams share to some degree — is often very detrimental to the flow of a game. This was most visibly seen in the 2010 College Championship finals. Florida’s ability to overcome an arguably deeper Carleton team to win that year’s national title is often attributed to the use of calls to help control the pace of the game.

As our post about the possibility of referees in ultimate touched on, it also seemed that the USA Ultimate Observer system did more to aid in the disruption of gameplay than to avoid it. The PMF and TMF system clearly wasn’t a sufficient safeguard against serial fouling and the tedious chess match that played out was a disaster in terms of spectator appeal. This type of stop-and-go game is fairly rare at this point but it’s reasonable to assume that the more competitive ultimate becomes as the sport progresses, the further teams will push the rules to gain any possible advantage.

But what would happen if the foul system in elite ultimate was more similar to that of high level basketball? There, teams are systematically penalized as they accumulate fouls and individual players have a specific number of infractions they can commit before fouling out of a game. This help prevent NCAA and NBA games from being bogged down by unending stoppages and free throw attempts — aside from when the Mavericks briefly employed the “Hack-a-Shaq game plan — and could potentially do the same for ultimate if the right version were to be adopted.

Seemingly obvious is the fact that Observers — or possibly referees making active foul calls — would be necessary in any scenario where fouls are being tracked. Simply put, players can’t be trusted to be that objective. Attempting to self-police fouls this meticulously would only lead to more arguments, meaning that the system would have to be reserved for situations where officials of some sort are present.

The first detail of this hypothetical new foul system that would need to be ironed out is the number of infractions that individual players can commit before they are forced out of a game. This would certainly take a some testing and, once an appropriate threshold is eventually determined, the adjustment period for players would likely be significant. That said, regardless of the actual number of fouls that are allowed, the implementation of any limit at all seems like it would be enough to make players more cautious and help play keep moving.

One commenter suggested that in prior experiments with foul-based ejections, dirty, undesirable play actually increased instead of decreased. This could mean that the four personal fouls allotted to each player was too many but it could also allude to the need for a complementary team foul standard. Again, similar to basketball, ultimate could easily adopt an effective way to penalize teams that collectively break the rules too many times. The combination of penalties for personal and team fouls could certainly go a long way towards preventing any game from resembling that 2010 College finals again.

There is one glaring weakness to this system. What if players started looking to draw fouls, similar to the way NBA players drive to the basket in hopes of making it to the free throw line? At Florida, one of the first drills I remember taking part in was a dump drill where the focus was less on completing the throw than it was on making sure to draw contact and throw through it. This same mentality could certainly be applied to luring opposing players into foul trouble, making it necessary to regulate that as well. The most analogous situation I can think of in basketball is when defensive players are given blocking fouls while trying to draw offensive charges.

Developing a system that made it equally difficult for teams to benefit from intentionally committing or drawing fouls would take some serious testing but if the success that competitive basketball has had with it is any indication these concepts could definitely be applied to ultimate. It would take a good deal of tinkering but it’s easy to see how reforming the current system used to penalize infractions could improve the sport at its highest level.

Read more about Ultimate rule changes in our series, ‘Rethinking the Rules.’

Comments on "Rethinking the Rules: Fouling Out"