January 10, 2013 by Brandon Silverman in Analysis with 13 comments 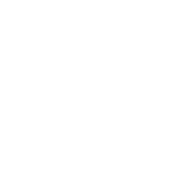 I am a big fan of USA Ultimate. I’ve been playing ultimate for over ten years and USA Ultimate is a huge part of why playing has been such a fantastic experience for me. Moreover, coming from the nonprofit world, I know how hard it can be to run a large member organization with limited resources and often times, unlimited demands.

However, the underlying logic of the Triple Crown Tour doesn’t seem to make sense.

Here’s what we’ve been told.

[quote]The goal is to grow the overall fan base of ultimate, particularly among outsiders.[/quote]

Not a huge priority for me, personally, but I know a lot of people have been pushing for it. So, I get it.

[quote]You do this by finding a way to showcase the best ultimate on a more regular basis.[/quote]

[quote]Increase the number of tournaments where the best teams in the country are playing.[/quote]

Tournaments, by their very nature, require a gargantuan amount of field space and that usually means that they are far away from any urban hub (usually 30-40 minutes outside of a major city) and don’t have any sort of fan-friendly venue for single games. Nothing with stadium-seating, a PA system, bathrooms, vendor space, and all the other amenities that make watching the sport really comfortable for spectators.

The format means a stronger likelihood of inclement weather because it takes up an entire weekend. And finally, you can’t market the teams that are going to be in the finals of a tournament because…well…you don’t know who they’re going to be until late Sunday morning.

When the American Ultimate Disc League and NexGen were founded, they realized this out of the gate.

A big part of their shared vision was to showcase the game of ultimate. They wanted to put asses in the seats. And what was the biggest decision they made about the game? They changed the format. They moved to single game showcase events instead of multi-day, multi-game, multi-team tournaments.

Talk to any player from the AUDL last year and they’ll tell you it was by far the biggest difference from playing club — more so than field size, refs, rules, branding or anything else. And the AUDL did it specifically because they felt it was the only way to draw fans to the events. The games were in spectator friendly locations with spectator friendly venues at spectator friendly times.

Just to hammer this home, last year, the AUDL had a smaller budget, less skilled players, and fewer pre-existing fans than USA Ultimate. Yet they managed to draw more spectators in their first game in Philadelphia than any other game of club ultimate in the last 10 years.

The ultimate community has talked a lot about the nuances of paid versus unpaid players, new field sizes, altered rules, roster sizes, and a wide variety of other details, but thinking about USA Ultimate versus the professional leagues is fundamentally a question about the format of the game.

USA Ultimate seemed to miss the main learning from the AUDL and NexGen. If you want to showcase the game of ultimate to the outside world, you have to change the format.

If it were up to me, I think USA Ultimate has an easy answer in front of them and it involves one simple change to club ultimate: I wouldn’t play the club finals game in Sarasota each year.

I would make Nationals the final, community-wide, multi-day tournament experience that determines the two best teams in each division. Then, those two teams play in a single-game showcase championship event in some major ultimate hub in the following 2-4 weeks.

There are obviously some challenges to this. It would mean additional cost, travel, and coordination for the players & USA Ultimate. Maybe these are insurmountable, but if it can be done then in return you get to hype up the biggest single game of the year for a month, analyze all the individual & strategic match-ups, get healthier teams that aren’t coming off of 3 days of playing and you could host it in rotating cities where there are sizable ultimate communities, fantastic fan-friendly venues, and potential fan bases ripe for growth.

It’s easy to get defensive when you feel threatened (and make no mistake about it, USAU’s monopoly on the most competitive league in the country is no longer a given), but if USAU is going to thrive, they need to be willing to learn from what’s happening around them.