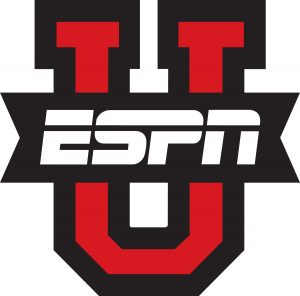 Last night, ESPN U, the ESPN network dedicated solely to college sports, aired the College Championships finals games from both divisions along with a highlights show. The coverage was essentially a tape delay from the ESPN3 livestream coverage, with some light editing to take out stoppages between points.

While Ultimate players who follow the sport were, of course, ecstatic about the coverage, what’s more notable is the sheer number of people who were exposed to the game. ESPNU has a household reach of about 73 million. That likely means that many thousands of people saw some of the coverage last night, especially given that it was a slow sports night (no NBA playoffs).

A quick Twitter search for “ESPNU” turned up some anecdotal support for a wide audience.

Of course, not everyone was thrilled about the coverage. There are a lot of stereotypes still to overcome. But here’s to hoping that some of these people watched the games and, despite their declarations on social media networks, may have thought, ‘Hey, this is actually pretty cool:’

The story “Not Everyone Loved Seeing Ultimate On ESPNU” on Storify cannot be loaded. Storify and Storify embeds will no longer be available after May 16, 2018.

As you can see from the disparity in the length of the lists, there was far more positive reception than negative, around the order of five to one.

Given USA Ultimate’s number one goal over the next five years is to increase the visibility of the sport, they’re off to a great start. We will look into the ratings numbers that the broadcast earned as soon as we can.