June 27, 2013 by Charlie Eisenhood in Preview with 1 comments 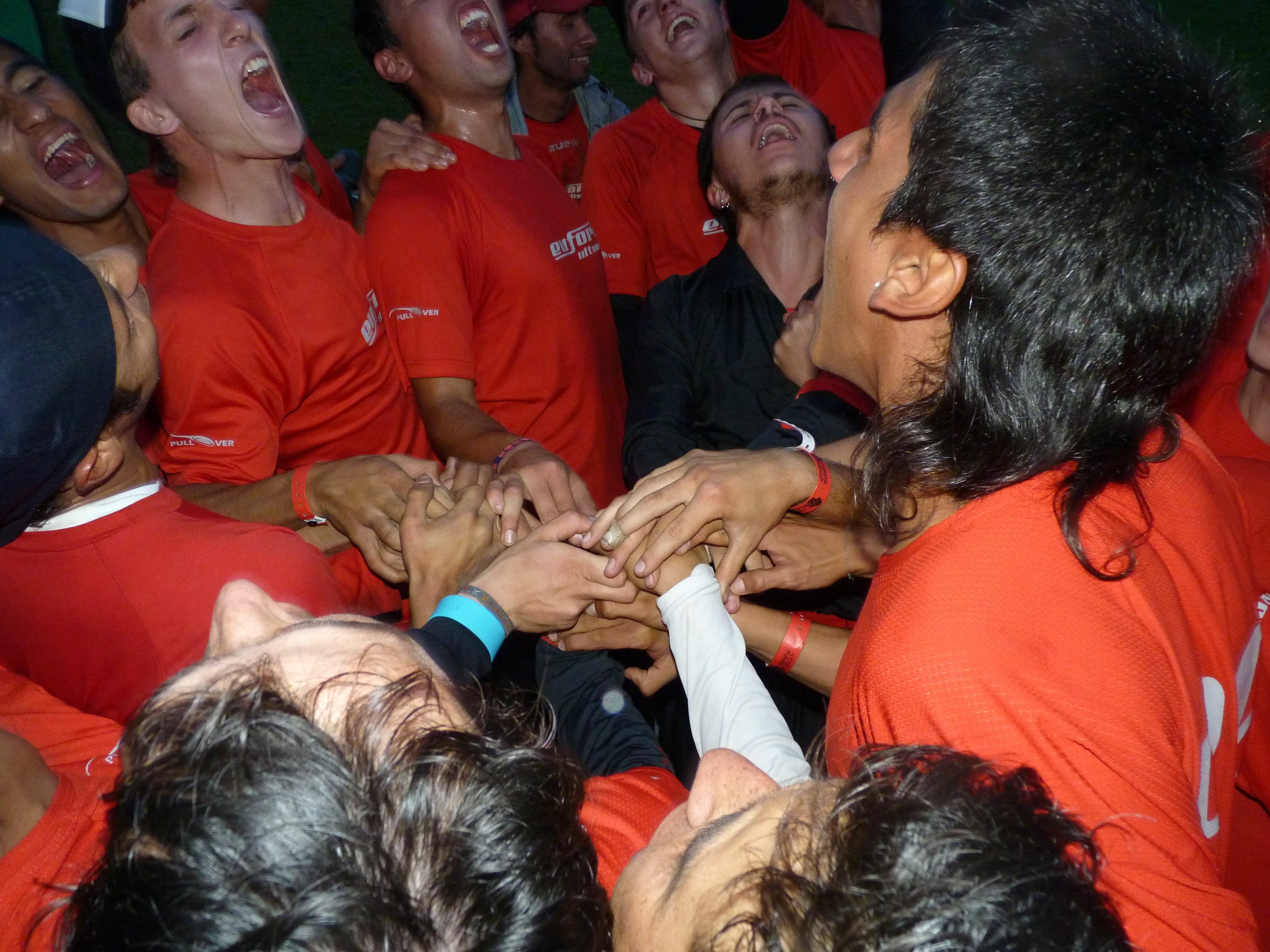 The story of the 2013 iteration of Euforia, the defending Colombian national champions in the Men’s Division, starts well over a year ago. Euforia decided to travel to the 2012 US Open, playing in the Mixed Division, in order to prepare for the increasingly competitive national tournament.

There, they gained some valuable experience and returned to Bogotá, training harder than ever. It paid off: they took down two-time defending champions Comunidad del Oso in the quarterfinals before beating Mamoots, another team that played in the US last year (at the Chesapeake Open) in the finals. The win gave them first choice at the year’s international tournaments: they now return to the US Open in the Men’s Division.

“Nobody else in Colombia will have this kind of training, this kind of practice,” said team captain Andres Felipe Angel Castaño.

The team, like most Colombian teams, has been playing since February. The tournament season begins in April. Most teams take July off, much like in the US, but Euforia has been working harder than ever in preparation for the US Open.

Castaño sees that as an advantage heading into next weekend. “As far as we have seen so far, for example, with the Nexgen tour games with Revolver and Doublewide, they have a lot of new players…While they are just starting to get chemistry, we are six months into our season.”

This tournament is part of a longer term plan to send Euforia to the 2014  World Club Championships. Colombia will have two bids in the Open Division that will be awarded to this year’s finalists at Nationals.

They have started to hone their focus not on preparing for Colombian teams, but on preparing for US teams. “It is harder to adapt to USA ultimate style,” said Castaño. “It is faster and we have to figure out how to stop their hucks, for example.”

“When you get there, you almost feel that the [US] game is at another speed,” he continued later. “For us, it’s always harder the first day. But then we start adjusting to their speed. We will have to work harder to get to their level of competition.”

They are mentally preparing for the other bottom seeds as their direct competitors — Chicago Club, Ragnarok, and Mephisto. But they do have one game circled — the showcase against Ring of Fire (which will be livestreamed by Ultiworld).

“We think that’s an enormous challenge [to beat Ring of Fire], but that’s what we want to do,” said Castaño. “We want to get into semis.”

For some time, Euforia has tried to mimic the style of play of the top American teams, the best in the world. But they have come to realize that they only way to be successful at the highest levels is to forge their own style.

“We are starting to create our own identity, just like Japan did,” said Castaño. “We know that we won’t be able to beat the USA teams by playing their style.”

In Colombia, Euforia is considered a tall team. They like to huck, and did so successfully last October when they beat Mamoots in the finals at Nationals. But they lose that advantage against American teams, something they learned the hard way in Colorado at the 2012 US Open. They will instead look to use their quickness to challenge the US teams.

For Euforia, this may be the highest level of competition they’ve ever faced. Even Worlds, said Castaño, doesn’t offer as many challenging games.

That will require them to work on another aspect of their game: the mental one. They have found in the past that they are able to hang with American teams for the first half before faltering late in the game. “We have a hard time maintaining our concentration and focus over long periods of time,” said Castaño. “That is one thing American teams do very well. They almost always play better in the second half.”

Seeded fifth out of eight at the US Open, Euforia will have their work cut out for them. 22 players will make the trip from Bogotá, which will likely give them one of the larger roster in the Division. Considering that they have also been training for four months, their fitness could give them an edge.

But part of the draw is also just the opportunity to travel to the US. The team’s U23 Worlds players are moving to New York after the tournament before heading to Toronto later in July. Many of the other players will also take a vacation in the States after the tournament.

One of the most exciting parts of the trip? The fireworks on the 4th of July.

“That’s one of the things you look up to,” said Castaño.