Here’s What You Need To Know About Nationals Day One: Men’s Division 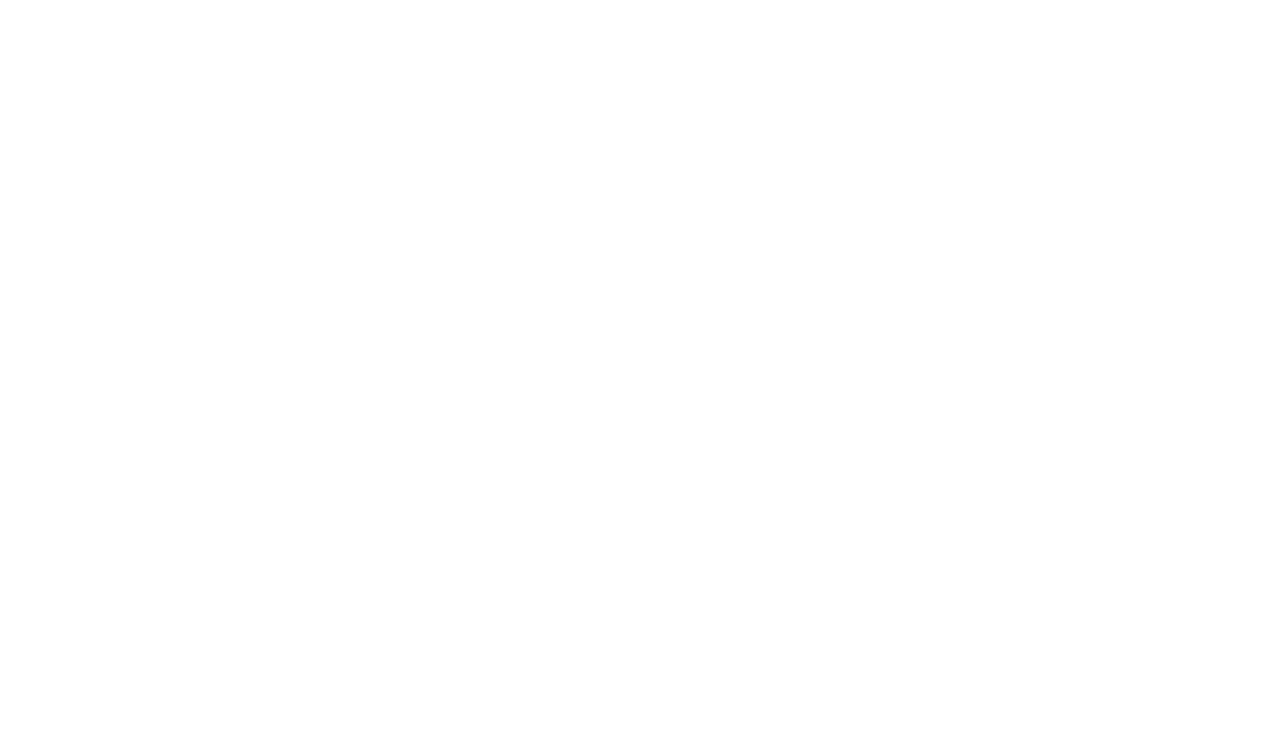 Ultiworld’s coverage of the 2016 Club Championships is presented by Spin Ultimate; all opinions are those of the authors. Please support the brands that make Ultiworld possible and shop at Spin Ultimate!

Here’s a bite-size look at the action from Thursday at the 2016 USA Ultimate National Championships in the Men’s Division.

Since his historic 2014 in which he won the Callahan, college National championship, and club championship, Jimmy Mickle undeniably has a place in the ultimate pantheon.

But at the end of this tournament, he may move beyond merely being a great player and lay claim to the title of best player.

Thus far at Nationals he has notched 15 assists, more than any other player at the tournament. But that doesn’t tell the whole story. In Johnny Bravo’s first two games against Furious George and H.I.P., Mickle was great in a typical fashion. He played almost every point, was the team’s first option whenever he was on the field, and racked up some healthy goal and assist totals.

But against Machine, he was transcendent. With the wind dying just a touch and the competition stepping up a notch, he completely dominated the game, dropping 10 assists on Chicago and stepping up in every key moment.

In fact, those assist numbers don’t even represent how good he was. When Bravo was going upwind, he was called on to throw it as hard as he could against the force of the tempest. While other players were struggling to complete basic throws, he was single-handedly able to stretch defenses and make upwind offense feasible. The team’s fate was on his back, and he carried them to victory.

Mickle already has a title, but he doesn’t have one as the guy. Beau does. Kurt does. Those are Mickle’s peers right now. If he can lead this Bravo team, with no Lance, no Matzuka, no Keegan, and no Farrell, to the summit, they are no longer his peers. He will be in a class of his own.

The New Format is a Hit

Thursday’s games were played in gale force winds that reduced the atmosphere to near frigid conditions, at a field side hours away from any semblance of civilization. And it was orders of magnitude better than Thursday last year.

Why is that? The format. Last year in the Texas sunshine, the no-stakes pool play games were as drab as the Rockford weather. Some key players didn’t even arrive until Friday because the Thursday games were just immaterial, and the players who were in attendance might as well not have been. This year, with the threat of elimination and the reward of a first place finish motivating teams, the games in pool play felt real.

The last round of games in the Men’s division were spectacular. The Sockeye-Revolver and Madison Club-Truck Stop battles for the top of the pool were intense affairs that culminating in thrilling double game points, while Dig, Ring, Doublewide, and Furious George all peaked while they were playing for their lives in the elimination games.

“I definitely think the games are more important than 2015,” said Truck Stop’s David Cranston. “Last year there were several teams that went 1-2 or 0-3 and were just banking on, you know, I’ll just take my chances with who we get in prequarters.”

Despite everything wrong with Rockford (and boy could that list fill volumes), the format change has already elevated 2016 Nationals above its predecessors.

Here was Austin Doublewide, well aware of the elimination they’d be facing in a last round game against Philadelphia Patrol, and sitting scoreless against their current opponent, San Francisco Revolver. Somewhere between being down 5-0 and losing 15-2, the Doublewide leadership made a call.

“Once the outcome was no longer in doubt, we definitely approached our subbing strategically,” Doublewide captain Ethan Pollack said, smiling a little, after his team had put away Patrol 15-13 in the final round.

His team looked the best they had all day – Brandon “Muffin” Malecek, Chase Cunningham, and Jeff Loksorn hit hucks while Dan Emmons went off for four goals in the first half. They were brimming with confidence and rested, flashing body language that had been nonexistent during earlier rounds.

Philadelphia, on the other hand, had gone after each of their previous opponents without hesitation, playing their top lines and opening them a little when deficits increased in the second half. While Austin stretched and looked forward to their prequarters matchup, Philly had to start thinking about Pro Flight play-in games.

“It’s pretty frustrating, especially in a game that we feel like we could have taken…to not get it. So yeah, there’s a ton of disappointment associated with not advancing,” Patrol head coach Charlie Hoppes said.

There was, in spite of the windy conditions, a palpable sense of urgency during Thursday play that had been absent during the previous format. It motivated Revolver and Sockeye to play for a bye to quarters. Doublewide and Patrol chose different approaches for making the bracket.

Seattle Sockeye, Madison Club, and Chicago Machine finished Thursday play with more than their pool seeds in common. They’d all had at least a moment with a bye to quarters locked squarely in their crosshairs.

Machine was within two points of beating Johnny Bravo, a downwind break away from tying the game. Madison Club pushed Truck Stop to double game point. Sockeye had an 8-5 lead at half over Revolver, and a shot after pulling at 15-15 to punch in the break to win.

Each team had the tools and the talent to earn breaks and leads against top seeded teams. Player for player, Machine was winning matchups across the field. Sockeye was on fire in the first half, riding stellar plays from Nick Stuart and Zane Rankin and capitalizing on each Revolver mistake that came their way.

But in the tensest minutes of these 1 v 2 matchups, the top seeded team prevailed. Call it mental toughness, call it what you want.

What emerged from these final rounds, the calmest of the day but perhaps the most grating on the muscles and nerves, was a defined tier of top seeds, who proved their worth by capitalizing on the smallest moments – winning by inches.

There’s Something Brewing In Southern Wisconsin

Madison Club’s versatile defense might be the best at the tournament and is capable of giving different effective looks.

They’re a relatively tall team with 17 of their players listed as 6’0” or taller, tying them with Michigan High Five for most in the open division.

Perhaps most important of all is that unlike most cities, Madison has mastered the coexistence of club and pro. The buy-in across the city’s core players and leadership has been able to cross platforms. Their coach, Tim DeByl, also owns Madison’s AUDL franchise, the Radicals.

“I think one of the things is we practice so much now,” DeByl told Ultiworld before Nationals began. “We have indoor space all year long. Radicals practice starts in January… We’re practicing every week until now.”

Indoor space in the Wisconsin winter is huge. Nine months of high-level practice with the same group of players – that many players – is unheard of.

DeByl estimates that there are only four players who have been added since the end of the Radicals season.

Three years ago, some of Madison’s best players chose to play with Machine instead of their hometown squad. A few years later, they’re going toe to toe with the top teams in the nation.

“Getting together at 10 at night all winter long is really good bonding,” said DeByl. “…and I think guys have learned to win together. That helps too.”

With the zone-friendly wind in Rockford and the type of chemistry that comes with near year-round practice, 2016 is as good a time as any for Mad Club to prove that they are a title contender on both of North America’s ultimate stages.

Prairie Fire surprised fans early in the day with their tight game against the number one overall seed, Ironside. But as they played the rest of their pool games it became clear that Prairie Fire was playing to the level of their competition, for better or worse. In their first matchup, the offense was near perfect. The short-passing handler flow utilizing Abe Coffin, Jones Clemon, and Matt Jackson set up valuable deep looks in strong winds. After the game, Ironside head coach Josh Mccarthy called the Prairie Fire offense a “phenomenal” unit.

Then came their second game. In Prairie Fire’s game against PoNY, the offense was less dynamic. PoNY definitely contributed to that with personnel shifts that could have thrown them off, but in key moments Kansas City came up short. When they needed an upwind hold, they rushed a huck. Against Ironside, their grinding offense was near unstoppable.

Finally, Ring of Fire. Ring of Fire is certainly athletic, but in this windy environment they were forced to adapt into a punting offense. Prairie Fire fell into the trap, adopting the same strategy more than was necessary. The cleanliness of the offense from 9:00 AM was gone by 3:45 PM. They had adapted to their competition in a downslope through the day, and it resulted in their elimination.

Comments on "Here’s What You Need To Know About Nationals Day One: Men’s Division"