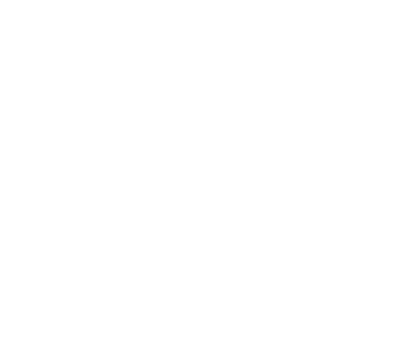 This article was written by Deb Scheibe, a member of the 2019 class inducted into the Ultimate Hall of Fame.

Over the past year, the Ultimate Hall of Fame (HoF) has worked steadily on a number of initiatives aligning with our mission, “…to share and celebrate our love of the sport and acknowledge exceptional players and contributors”, and vision, “…to honor the evolution of the sport and champion equitable opportunities for all to participate.”

One of these initiatives has been the work of the Mixed Division Task Force established to develop and propose to the HoF Board a pathway for exceptional mixed division players to be considered for the Hall of Fame. We’d like to share an update on our current processes and progress so far.

Seven members of the HoF started meeting (virtually) in early 2021 to launch the Mixed Division Task Force. Recognizing that our playing experiences were coming primarily from the women’s and open/men’s divisions, we wanted to expand our perspectives and receive input from competitors who have more personal experience in and insights into the elite levels of the mixed division. An advisory group of 13 mixed division community members was added to the Task Force in the Spring. The task force began by reviewing the timeframes and incremental process improvements that have led to the current Hall of Fame selection methodologies. Two discussion forums were held where the group discussed the history of the Mixed division, what makes it unique, and what questions and concerns a proposal to the board will need to address.

One of the first questions that came up was “Why now / Why isn’t a process for mixed already in place?” Historical timelines for the beginnings of the women’s and open divisions help provide perspective on this question. The Ultimate Hall of Fame was established in 2004, 25 years after the start of the UPA Open Division club championship (1979) and 23 years after the first women’s division championship (1981). The first mixed division Nationals was held in 1998, mirroring that 23- to 25-year period experienced by the Women’s and Open divisions between the start of nationals competition and the origins of the Hall of Fame.

Another issue raised was the competitive timeframe that should be considered for the early inductees of the mixed division. When considering HoF candidates in any given year, a range of “Peak Playing Years” is utilized. This is a defined 7-year window of time that players’ peak career accomplishments should fall within for consideration as a candidate for the Hall. Each year, the Peak Playing Years window advances by one year. In 2021, the Peak Playing Years window was 2001-2008, a period of time that overlaps with the early years of Mixed division Nationals competitions. This correlation supports current work to develop a Mixed division selection process.

A question raised by members of the HoF was, “Don’t the current frameworks allow for Mixed division nominees?” While technically any player can be nominated as a HoF candidate, being selected to the final slate of candidates requires advancement out of division-based peer pools. There exist open and women’s division peer pools composed of contemporaneous competitors during the peak playing years, but there is not yet a mixed division peer pool. Recruiting a peer pool for the mixed division is a likely first step for building the mixed selection process.

The Task Force is striving to ensure that the proposed selection process will result in choosing the best of the best as assessed by their peers, while continuing to uphold the high standards already set by the Hall of Fame. Discussions on specifics of the selection processes are ongoing within the Task Force meetings, covering points including:

There is clear agreement amongst Task Force members that the game of ultimate is played differently in each division. There is value in learning from how the selection processes evolved in the other divisions, as well as how crafting or prioritizing selection processes specific to mixed will allow the ultimate community to celebrate the strengths and standout players of the mixed game to ensure the Hall of Fame is truly representing the best of the best of all players.

The Mixed Division Task Force is now focused on crafting a proposal to be presented for consideration to the HoF Board of Directors that will describe a vetting and selection process specifically for Mixed division players. If you have feedback or ideas on the process, now is the time to have your voice heard. Please send us your thoughts on this survey.