September 26, 2012 by Charlie Eisenhood in Analysis, Opinion with 24 comments 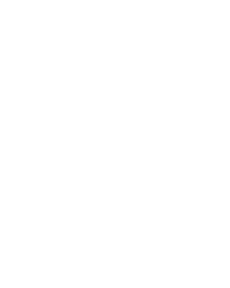 Over the first few weeks of the season, the National Football League has devolved into chaos due to poor officiating from replacement referees (the real ones are locked out) and increasingly unruly player, coach, and referee interactions. The spectacle has reignited — or at least continued — a debate within the ultimate community about moving from self-officiation with observers to a more typical third party referee system.

The discussion really got started after a terrible blown call at the end of Monday night’s game between the Green Bay Packers and the Seattle Seahawks. The call decided the game. Many — including us — took this as a sign of how referees in ultimate are not a panacea: not only do they make errors, theirs are irreversible.

However, others saw this game and noted the impossibility of having NFL players call their own game — arguing that even bad refs are better than no refs.

Really, this just rehashes the arguments for and against referees that have been made countless times. The basics are pretty simple. The pro-ref crowd says that officials will improve the flow of the game (fewer stoppages), allow players to focus on just playing and not think about fouls, stop bad calls, and legitimize the sport for an audience used to referees. The anti-ref crowd says self-officiation works and has worked for decades, observers solve the problems anyway, and spirit of the game is a critical tenet of the sport that would deteriorate with referees.

What hasn’t been as well considered is what exactly the problems are that need to be fixed at the highest levels of play and how they might be fixed without referees. (An aside: it is fairly clear that at lower levels of the sport — leagues, youth, and pickup, for example — adding observers or referees is not only a burden but is unnecessary for well-spirited, fun play). Let’s consider the issues.

First, some elite level games (notably the 2010 College Open Finals between Florida and Carleton) become unwatchable due to constant foul calls — some warranted, others not — that lead to long stoppages which slow the game down. This, while not necessarily bad for players (indeed, Florida used a very short rotation and made ticky-tack but usually legal calls as a strategy to rest their legs), is terrible for spectators.

Second, observers don’t always help play continue quickly, as players feel they can argue their case at length to help persuade the observer.

Third, observers are not able to make active calls that would affect the game. Players can’t see everything (travels, e.g.) so they miss calls that might get made by a referee.

Fourth, many feel that penalties are not severe enough for infractions. The TMF and PMF system is effective at tamping down aggressive fouls, but rarely stops players from playing less physically or getting away with travels. Players who have played in the American Ultimate Disc League generally praise the more severe yardage penalty system and instant turnover on a travel.

Do referees solve these problems? Well, yes. But they also create a different problem, perhaps bigger than any of the above. Players can get away with clear fouls.

The beauty of maintaining the “call your own” system is that there is no way to do that. If you push off on the defender to open up space to catch the disc, the defender will call that foul. And we already have observers in place to determine whether that call was legitimate or not. As Adam Ford pointed out in our series on observers, “A hybrid system of player officials and third-party officials (Observers as we currently know them) gets us the best of both worlds…The game ends up being called more fairly than either a pure self-officiated system or a pure third-party system. And just as importantly, the game is played more cleanly.”

So how, then, can we address the issues above without moving to third-party referees, which have their own major downsides?

Stop the endless arguing about whether the defender hit you before or after the block. Put a fifteen second cap on discussions. If the two players can come to an agreement in that time, great; if not, it goes to an observer for an immediate call. You don’t get to make your case to the observer. They make their decision. And if they didn’t see it, it goes back. Play on.

This will keep the game moving and make the game much more fun to watch.

USA Ultimate experimented with allowing observers to make travel calls but not let players do so. Just let both parties make the call. Better enforcement on both sides.

Foul calls should still be player initiated. This allows for players to accept a physical level of play, much like players do in a pickup basketball game. And observers still have the power to set the tone like referees. If they feel too many chippy fouls are being called, they can overrule calls on light and incidental contact.

There has to be a way to cut back on both bad fouls and bad calls without just the threat of ejection. There are many possibilities here: AUDL style yardage penalties, penalty boxes, possibly even a foul limit. There need to be immediate and tangible consequences for unspirited play.

In the case of particularly bad calls, players should be given an instant TMF, much like diving in soccer earns a yellow card.

The penalty for travels should also be increased — adding a yardage penalty or even a turnover would instantly cut down on the constant handler foot-dragging.

These changes would only be necessary at the highest levels of the sport — needed at just College and Club Regionals and Nationals. They would allow for a compromise between the two entrenched camps in ultimate — those who want full refs and those who don’t — and would create some of the fairest, cleanest play in any sport.

Comments on "Does Ultimate Need Referees?"