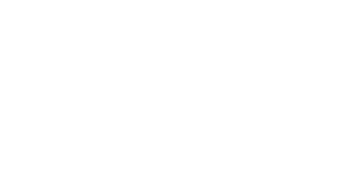 “If you want to see innovations in offence look to the Germans … Feldrenner’s 4-1-2 offense was very hard to stop, and used the open field very smartly” – AFDA Newsletter, 11/1/1997

AJ Tiarsmith posted on his blog in 2005 a great write-up by Florian Pfender on the so-called “German Offense,” an almost mythological strategy developed by German teams in the late 1990s. Originally designed by Peter Schuetz, coach of the Munich-based Zamperl1, Pfender tells us the German was essentially an isolation play that Zamperl rode to their first national championship in 1997. A possession based 4-1-2 that “tries to score with one mid-risk pass plus a few low risk passes,” the strategy was adopted and adapted by other German teams and likely2 made its way to America via Feldrenner3, the perennial champion out of Mainz.

Pfender explains in the comments that US teams “were surprised how well Mainz would do against them even though Mainz was so much ‘weaker’ than them.” While any team would have been hard pressed to match up against Seattle’s Sockeye, Vancouver’s Furious George, Boston’s DoG, Santa Barbara’s Condors, and other top North American teams of the late 1990s, Feldrenner improved from 30th place in the 1997 World Club Championships to 15th in 1999 and 17th in 2002 while winning six straight national titles at home. Their dominance in Germany almost certainly had a great deal to do with the talent of their roster, but the strategy they developed also played a role in their success. Pfender describes the basic concept like this:

[quote]Four handlers in the back in a horizontal stack, one person in the middle (the 1) with almost the whole field around him to work with and two people all the way down-field. An optimal sequence would be: handler catches pull, throws to one of the middle handlers. [The] 1 posts up fairly close to disc, gets a lead pass, and the three down-field players homey it in for the score.[/quote]

[quote]These two players go all the way to the end zone. They will not get a pass from the handlers, their first job is to keep their defenders from poaching against the 1. Don’t worry about your man playing 10-15 yards off. This will not help him poaching on the 1, but it will make it really hard to catch up to you for your continuation cut. […] Once the throw to the 1 is in the air (it usually takes a couple seconds to get there, so you got enough time), set up your continuation cut.[/quote]

Stefan Rekitt, coach of the German national team and an early proponent of the “German” strategy, explains that it was a thrower-initiated offense. Handlers would feed touch throws downfield, depending on the orientation of the 1 and his defender. With a large throwing window, the disc would hang in space and let the isolated cutter run it down. In reality, it was only one aspect of the actual strategies used in Germany, but the German national team did use it successfully on their way to a 4th place finish at the 2000 World Championships in Heilbronn. Rekitt also reports from a conversation with Ben Wiggins:

[quote]Sockeye also used what they called the “German” to generate 3-on-3 situations downfield, which they were able to exploit with players like Mike Caldwell, Will Henry, Sammy C-K, and Chase Sparling-Beckley. The guys around the disc would stay out of the way, and it took teams a surprisingly long time to realize those handler defenders could leave and try to muck up the 3-on-3. Sockeye rode this offense to the UPA semifinals in 2002.[/quote]

I had the pleasure of playing with Feldrenner in the fall of 2009. They had just won their ninth national championship in 13 years, playing a similar system and even sporting some of the same players from their string of titles in the previous decade. Though we mostly played indoor that season, I was able to pick up some of their tactics and a little insight into how German teams had hung with powerhouses like Sockeye and Revolver. Pfender points out that the original German Offense relies on accurate throws to space, making it difficult to run in windy conditions. It also lacks the deep threat of more common offenses, making it susceptible to short turnovers that lead to fast-break goals for the defense. Feldrenner improved the German O by involving the two deep cutters more actively, establishing a deep game while relieving some of the pressure on the handlers to complete space throws on the break side.

Pfender almost skips over this point, mentioning offhand that the Feldrenner version of the German Offense “involves a little more running downfield, sometimes switching into a 4-3.” I see this as the major change that brought balance to their offense, allowing them to adjust to their opponents and the conditions. The 4-1-2 works particularly well when you can exploit mismatches, or when you have two especially dominant players. It involves a lot of standing and waiting, resetting the disc until the iso gets open for big yardage. Lou Burruss points out that, even with a great connection between “the 1” and the primary thrower, the 4-1-2 offense “doesn’t run well in the wind and doesn’t recycle very well; it is hard to make it flow.” The problem is predictability: the defense knows exactly what your primary option is, and you have to rely on the primary option to get it done anyway.

The 4-3 horizontal stack, by contrast, introduces a little chaos downfield. The handlers can still hit the reset as often as they need to, but now poaches can be punished more effectively because of the potential for deep strikes. Instead of taking two cutters out of the play and putting the onus on the 1, all three have free reign to make things happen. They also have more freedom than in a standard 4-cutter horizontal: the extra space means they don’t have to worry as much about cutting each other off. They can attack.

The downside, of course, is that having extra players near the disc gives the handlers each less room to work with. This is even more of a liability for the 4-3 than for the 4-1-2, because there isn’t an iso waiting to be the bailout option. A variable pressure defense on the handlers, as Pfender describes, will pressure the 4-3 version even more. Getting trapped on the sideline is also problematic because a dump is less likely to be followed by a swing.

Feldrenner mitigates these issues by having strictly defined roles in the offense. Handlers and cutters are seen as totally distinct groups: handlers know never to abandon the thrower, which would leave him without a reset option, and cutters know their job is to make things happen with their legs—not their throws. The team practices precision throws to space and they prioritize breaking the mark, both as a skill and as a strategy. Balancing the two versions of the German, and despite an aging roster4, Feldrenner continues to perform: they took 5th and 6th at the last two Open Nationals, qualified in 2012 for the European Club Championships, and took 3rd in the most recent Masters championship.

Other German teams use the 4-3 horizontal as well, of course, and my impression is that it is more common even than the 3 handler, 4 cutter horizontal. Interestingly, ho-stack in the US is almost exclusively a 4-cutter affair. With its own unique strengths, though, I wouldn’t be surprised to see the German Offense make a comeback in North America.

Especially in the new professional leagues, where defenders have more real estate to cover on the regulation football field, the conservative German Offense may appeal to coaches looking to avoid high-risk passes. There’s more space to lead an iso cutter, and handler crowding should pose less of a problem on a wider field. The strategy may also prove beneficial to clock management, because a team need not expend as much energy to possess the disc compared to other offenses.