While it's not quite the elite tournament it was last year, Centex will still be a big test for a number of teams. 6 of the 16 attending are ranked in Ultiworld's Top 25, but, even more importantly, many teams are in striking distance of earning their region a bid.

March 15, 2013 by Charlie Eisenhood in Preview with 0 comments 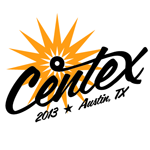 While it’s not quite the tournament it was last year in terms of elite competition, Centex will still be a big late season test for a number of teams. 6 of the 16 attending are ranked in Ultiworld’s Top 25, but even more importantly, there are a number of teams in striking distance of a bid to Nationals.

As usual, Centex is going to be windy and warm. Expect the conditions to favor the top seeds — #7 Arizona and #8 Texas — who will use their strong zones to good effect.

Here’s a look at each of the pools.

Arizona (UW #7, USAU #12): Sunburn’s hot streak to start the season cooled off in Stanford last weekend. After blowing a big lead against #18 UNC-Wilmington in the first round on Saturday, they fell to Tufts and Oregon later in the day. Their unusual diamond zone wasn’t very effective in the still conditions, and Tufts, with a patient offense, shredded it. They will be looking to get back on track — and should be able to. The wind in Austin should help their zone immensely. Definitely the favorites this weekend.

Kansas (USAU #28): Kansas is coming off of a 7-1 weekend at Huck Finn, where they got blown out in the finals by Missouri, 11-2. They will be eager to get some good games in after dreadful conditions dampened the weekend in St. Louis. Brett Hidaka returns for a fifth year with the Horrorzontals. They will be gunning to earn the South Central another bid — a close game against Arizona would be a good start to their weekend.

California (USAU #57): It’s been a rough season in the wins column for UGMO, but they’ve shown spots of strength. They got wins against Las Positas and Virginia Tech at Prez Day, but proceeded to go 1-5 at the Stanford Open the following weekend. Their game against Kansas should be a good one.

Oklahoma (USAU #115): Oklahoma is outmatched in this pool, but Kevin Christian (2012 1st team All-Region) can always take over a game. They will look to improve on their 2-5 showing at T-Town Throwdown back in January.

Texas (UW #8, USAU #10): Like Arizona, Texas had a good start to the season, making it to the finals of Warm Up, before stumbling at the Stanford Invite, where they went 0-3 on Saturday. The team felt like it got away from the fundamentals — they like to run a possession offense. This weekend, they will be challenged by missing their best player, Will Driscoll (2012 1st team All-Region, 2012 NexGen), who is in Japan competing on the USA All-Star Team at the Dream Cup. Playing at home should be a plus for them, though — they’re very accustomed to the sunny, windy conditions. They will cruise on Saturday, but can they win against the top teams at the tournament without Driscoll?

Virginia (USAU #46): It’s still a rebuilding period for Virginia; they are a middle-of-the-pack Atlantic Coast regionals team right now. They have yet to notch a big victory this season, but they tend to win the games they should. They’ll have a rematch against Arizona State, who was frustrated to lose to Night Train at Queen City.

Arizona State (USAU #42): Arizona State is underseeded, and will likely come out 2nd in this pool. They lost to a very good Florida (UW #12, USAU #11) team by just two at Trouble In Vegas. They have the potential to be one of the surprises of the tournament. At QCTU, they were hanging tough against Harvard (UW #15, USAU #9) in the quarterfinals until late when some costly throwing errors gave away the game. If they’ve cleaned up their decision making, they have the pieces to do very well this weekend.

Colorado College (USAU #70): Best known this season for their Harlem Shake glory, Colorado College comes into this weekend with just one other tournament under their belt. At the President’s Day Invite, they finished 2-5. They were probably tired from dancing on the plane. This hasn’t been the same team since Nicky Spiva graduated, but they will probably break seed this weekend.

Harvard (UW #15, USAU #9): It’s been over a month since Harvard took the field at a tournament. Since then, Redline’s biggest rival, Tufts, has reestablished itself as the team to beat in the Northeast. But Harvard has had Tufts’ number all year. The priority for Harvard this weekend will be to keep a bid for the Northeast. Unfortunately for them, they have what could be the tournament’s toughest pool. Last week, all four teams were ranked in the Ultiworld Top 25. But Iowa and Illinois, thanks to poor showings at Huck Finn, fell out of the rankings and into the bottom seeds at Centex. Harvard won’t have an easy path into Sunday.

Georgia Tech (UW #20, USAU #25): Huge weekend for Georgia Tech. As one of the top bubble teams looking for a bid, they can really improve their chances of getting back to Nationals with some quality wins this weekend. Jay Clark and company have shown some inconsistency (losses to Clemson and Dayton that have hurt their USAU ranking), but have the ability to hang with top teams. Like Harvard, this pool is dangerous for them and they probably wish they had a different draw.

Iowa (USAU #71): Don’t take Iowa’s Huck Finn results too seriously. With the weather as bad as it was — and the chaos of a last minute tournament switch — it’s hard to know just what it means. On paper, this is still a contender in the North Central. They return Jake Kersten and Jake Oakley, both 2012 All-Region nominees, who will be looking to help get IHUC back on track after a rough start to the year.

Illinois (USAU #102): You could write the same thing about Illinois as what’s above for Iowa. Illinois returns its best player, Ryan Smith, and should be competitive in this pool. Unfortunately, they’d have to make a lot of noise to get the Great Lakes even close to a second bid.

Texas A&M (UW #19, USAU #22):Texas A&M has to be frustrated that they fell all the way from #6 in USA Ultimate’s rankings to #22, outside looking in. They told Ultiworld at the Stanford Invite that they would definitely like to earn a third bid for the South Central. They’ll have some work to do, and they’ll have to do it without Dalton Smith, who’s in Japan with Driscoll at the Dream Cup. On the plus side, they’ll have about seven players back that they missed at Stanford. Their game against Eastern Michigan should be a fun one.

Eastern Michigan (UW #24, USAU #13): Eastern Michigan is getting some respect, but haven’t really done much to earn it yet. They easily won Cat Fight in late February, but their best win came against Kenyon (UW #5-DIII, USAU #1-DIII). They have a lot to prove this weekend. But, they probably don’t have to worry about a bid, as they are the only Great Lakes team in the top 20 (the next closest is Michigan at #34). James Highsmith will lead the Hellfish this weekend as they look to show they belong in the national conversation.

Georgetown (USAU #77): At JMU’s Hellfish Bonanza, Georgetown coach Ryan Thompson told Ultiworld that Centex is where his team would be looking to “make some noise,” after keeping open lines to this point in the season. They’ll have work to do against the top two teams in their pool, who outmatch them at the top of the roster. They’ll need big weekends from Matt Kerrigan and Scott Hampton if they want to break through to the quarterfinals.

Wisconsin-Milwaukee (USAU #75): After getting shut out at Queen City, Wisconsin-Milwaukee got some good wins at Warm Up over Massachusetts and Cornell. Can they keep up that momentum at Centex? Kevin Brown will lead them to any pool play success.

Tough to pick, because the amount of wind will play a big role. But here’s our best shot: