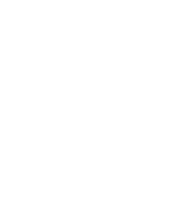 The 2013 Tidewater Tuneup featured many of the top high school programs on the East Coast. Here is a recap of the weekend’s action.

Pool A showcased a great matchup between the 1 and 2 seeds Yorktown and Carolina Friends which would later be a tight matchup in the semifinals. In the fourth round these two team played down to the wire with a final score of 11-9, Carolina Friends. Both teams came in with a lot of energy and played an incredible game full of intensity and spirit.

The 3 seed, Hampton could not find much luck against the tough upper seeds but was able to hold seed with strong games against Wilson and HB Woodlawn JV. Aside from HB JV breaking seed by taking down Wilson in a tight 12-11 victory, pool A went without many surprises and with most of the attention on the 1 v. 2 matchup.

Yorktown left pool play hungry after an extremely close game. They had taken a brutal 13-5 loss from CFS at last springs Southerns and were able to scare Carolina Friends by pulling ahead for most of their 11-9 loss in the fourth round. Both teams showed great potential to go far into Sunday’s bracket play.

This pool looked like Pennsbury’s to keep from the start and continued to look that way all day. Pine-Richland, who looked to settle a score with the defending champs, could not find the right groove and took a rough 13-6 loss to Pennsbury in the fourth round. Pennsbury brought a ton of momentum into their Saturday games and only allowed 11 combined points in 4 games.

In a similar story to pool A, the three seed found lots of trouble in their matchups with the 1 and 2 seeded teams. East Chapel Hill took a 12-7 loss in the first round to Pine-Richland and a brutal 13-2 loss to Pennsbury in the second round. Yorktown JV was able to push past a struggling LC Bird team and grab the 4 seed by the end of the day.

This pool stayed mostly consistent with the initial pooling and gave Pennsbury a very dangerous image after their dominant performance. Pine-Richland was able to hold on to their 2 seed which would grant them the opportunity they wanted to make an impact in the championship bracket.

The story for 1 seed CHUF was about peaking at the right time. In their first round matchup with 4 seed Bethesda-Chevy Chase they were stunned as BCC went up 3 breaks to begin the game and take half 7-6. Their defense struggled but they were able to take control of the game in the second half by bringing out their zone defense which would be their main advantage for most of the day. They went on to take the game 13-9 but looked a bit shaken up.

As CHUF was searching to find their defensive strength, 2 seed Westfield displayed their offensive dominance over 3 seed Woodside in a 13-2 win. Westfield would continue their strong performance until the top two seeds met in a tough fourth round game. Westfield came in fast and strong but could not hold on as CHUF’s consistency on both sides of the disc brought them to a narrow 11-10 win.

By the end of the day, the seeding had stayed the same but the outcomes of the early games came as a huge surprise. Both Westfield and CHUF looked ready to make a strong run into their quarters matchups and make up for the few kinks that occurred during pool play.

This pool resulted in a confusing mix of talented teams. With North Allegheny breaking seed in a narrow 11-8 win against a split HB Woodlawn team, it looked as if the championship bracket spots were up for grabs.

Columbia, a team unmatched in history and reputation, came in and left Saturday as the 1 seed. They found a tough matchup with North Allegheny in the third round where they were able to squeeze out an 11-9 win. Both teams looked great within the pool, but were in a position to enter Sunday without any experience against some of the top talent at the tournament.

Columbia and North Allegheny, both making their first Tidewater appearances, looked ready to enter the championship bracket and match up with the toughest teams they have faced all Fall.

Coming in against the overall 1 seed of the tournament, North Allegheny only expressed excitement for the opportunity to play one of the Southern region’s top teams. For the young team, the weekend was about gaining experience and this game would be a very valuable experience for the team.

Carolina Friends came in very relaxed and very confident. They worked a smooth offensive game through captains Abe Eichner and Sol Yanuck which led to a consistent flow and unstoppable performance from the team. North Allegheny brought in their aggressive and intense nature into the game but Carolina Friends left this game with a dominating score of 12-6.

Possibly the hardest matchup to predict in the quarters round, Tidewater veterans Yorktown found themselves facing the historic Columbia team. Yorktown brought a whole new energy to their championship bracket run which started in this game. With an extremely active sideline and vocal field presence, communication by the Yorktown offense sailed them to a quick dominating win.

Columbia brought a physical, technical play into this game but it was no match for the energized Yorktown squad. After going up early in the game, Yorktown found huge success with their new energy and finished with an impressive 13-5 win. With the largest margin of win on their bracket resume, a fiery Yorktown looked towards their semis matchup with CFS ready to build on the successes of Saturday’s performance.

Pine-Richland, known as a very athletic team, was unable to play to their strengths on offense which led to many break opportunities for CHUF. Although not reflected by the score, PR hung on and played a solid defensive game in their 13-6 loss. With the struggles of pool play behind them, CHUF was ready to face their toughest matchup of the weekend in Pennsbury.

Two teams, very familiar with one another from having many players play together on the DEVYL YCC team, battled it out for a spot in the semifinal round. Pennsbury came into this matchup as the favorite for the win and for the tournament but Westfield looked right past that and came in with an unmatched intensity.

These offensive powerhouses stayed on serve with one another with Westfield trailing by 1 with very few breaks in the game. A pivotal point in the game came as Westfield had an opportunity to tie up the game with Pennsbury at game point. Westfield was unable to convert that turn into a break and took a close 11-13 loss, leaving Pennsbury both surprised and tired as they headed into the semifinals.

With both teams coming off dominant wins, they were prepared for a gritty rematch of their 11-9 game from Saturday’s fourth round. These friendly teams looked just a little bit less friendly with a spot at the finals game on the line.

This game was hard fought and brought out huge performances from star cutters including Joe Freund from Yorktown and star handlers like Sol Yanuck. The game began seemingly on serve but Yorktown lost some of their momentum as the injuries that were a problem for the team all weekend had a dramatic effect on the energy of the team.

With a smooth technical offense, Carolina was able to pull ahead in the second half and take the game and their spot in the finals game with a 13-6 win.

Yorktown came up short in their rematch with CFS but proved that they are ready to hang with some of the tougher teams in the Southern region and will be looking to exact some payback on their friends from Carolina Friends.

Another game that had Pennsbury pegged for the win, came down to the last points as CHUF gave a huge scare to the defending Tidewater champs by shifting the momentum of the at many points throughout the gritty match.

Pennsbury struggled to find a sufficient matchup for Kevin Mateer while CHUF had trouble stopping the flow coming from Pennsbury handlers Max Rooney and Cole Drummond. CHUF cutter Everett Dang and captain Elijah Long helped bring the team back late into the second half.

Just like their first bracket game, Pennsbury came in with a ton of aggressive energy but slowly lost it in the second half, giving CHUF an opportunity to come back and pull the upset.

This matchup came down to the last seconds when CHUF went on a run, bringing the game to 12-10 with an opportunity to break and come within one point. Unfortunately for the energized CHUF team, Pennsbury pulled back their strength at the last minute and took the 13-10 win after another too-close-for-comfort game.

Pennsbury once again illustrated their dominance while CHUF proved that the loss of a strong group of seniors should not put them out of the conversation. Their upperclassmen led the team while many of their underclassmen like sophomore Jeffrey He had breakout games in the championship bracket with let the young North Carolina team to come very close within a confident and dominant Pennsbury team.

You can read the finals recap here.