February 6, 2014 by Charlie Eisenhood in Preview with 10 comments 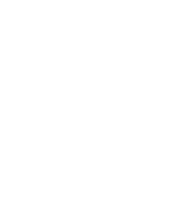 While the Queen City Tune Up doesn’t hold the same cachet as next weekend’s Florida Warm Up, make no mistake: this is the regular season’s opening salvo in the strength bid wars. With seven different Regions represented — and mostly by teams that finished at or close to the top of their regions last season — the results from QCTU will lay the foundation of this year’s bid allocation.

With four teams ranked in the Ultiworld Top 25 and five 2013 Nationals qualifiers in attendance, the tournament sets up compelling matchups between heavy hitters and Nationals hopefuls.

UNC Ready For The Target On Their Back?

#1 ranked North Carolina comes into this year’s Queen City Tune Up as the obvious favorite. Last year, they took home the QCTU crown with a dominant 15-4 performance against Ohio in the finals; they faced just one challenge during the weekend: their semifinal matchup with Harvard.

What could be unsettling for UNC is that #10 ranked Harvard may be even better this season, and are the favorites to meet them in the finals this year.

UNC has already been scouted heavily by teams and had some of their impressive offensive sets broken down here on Ultiworld. It’s not likely that teams will be able to simply adjust and shut down Jon Nethercutt and Christian Johnson, but the element of surprise won’t earn them easy breaks against top opponents.

While you could argue that UNC got a tougher challenge at ACCUC against Pittsburgh, this tournament is likely to be their biggest test so far this season. Saturday may not be anything to speak of, but their Sunday games will all be against strong competitors.

Pay close attention to how UNC’s role players play this weekend, particularly their strong sophomore class. If younger players like Vikram Sethuraman and JD Hastings can play meaningful minutes for most of the weekend, expect another dominant performance from UNC.

Will Harvard Match The Hype?

You’ve heard by now: rookie phenom John Stubbs has taken his talents to Cambridge. Stubbs, a force for Paideia in high school with experience playing for Atlanta Chain Lightning, is likely to make an immediate impact for Harvard Redline. Combine his skills with the outstanding play we’ve seen lately from Jeremy Nixon and you’ve got two bonafide stars leading an already solid core.

This is their chance to showcase what they’ve got brewing up in the Northeast this year. Easily the New England favorites this year, they hope to make it further than prequarters at the College Championships this season. This weekend could help define whether or not that is a realistic goal.

They lose the talented Piers MacNaughton on the field, but he returns to the sideline as an assistant coach, backing up the returning Mike MacKenzie who did great things with the team last year. They will also have to absorb the loss of their other 1st Team All-Region player Misha Herscu.

2013 All-Freshman Mark Vandenberg will step into a larger role this year and the talented freshman class will get a chance to shine this weekend.

Ultiworld will be filming Harvard’s pool play matchup with Iowa on Saturday.

By The Region: Bid Battles

This will be an important early look for UNC Wilmington, which is dealing with the losses of Tommy Lamar and Mark Evans. Long a program with strong coaching and systems, they will almost certainly be good again this year, but will they be good enough to earn a second bid?

NC State jumped into the top 25 with a strong performance at the ACC Ultimate Championships two weeks ago. Jake McGoogan is back and healthy — he could single handedly make NC State relevant this year. Is a bid for them a possibility? They could get a shot at UNC in the semis if they stand strong in pool play.

Justin Allen and Appalachian State probably don’t have a shot at a bid, but they will have a very good chance to break seed this weekend. They have to be eagerly looking at a relatively soft pool.

Georgetown laid down an upset of Dartmouth and a near-upset of Pittsburgh at late fall’s Steel City Showdown. They aren’t in the bid conversation, but, like many teams this weekend, they likely feel they can make the quarters.

It’s hard to get a read on Dartmouth, who last season nearly earned a third bid for New England and ultimately took Tufts’ with a great, hard-fought win in the game-to-go. Losing Ian Engler will make things significantly more challenging for the Pain Train this season, but Spencer Diamond is back along side some rising stars like Andrew Pillsbury. They’ll be looking to bounce back from a brutal 1-5 showing at the Steel City Showdown in the fall.

Ohio, of course, is the standout of this group, earning back-to-back trips to the College Championships in 2012 and 2013 thanks in large part to the outstanding play of Mitch Cihon and Connor Haley. With Cihon now gone, Ohio has clearly lost some punch. They were frustrated after their loss to Cincinnati in the finals of the Steel City Showdown.

But Ohio is still figuring out who they are now — and where their players fit. ““We’re still working out some of the fundamentals with personnel and who we want where,” Ohio coach Kent Butler told Ultiworld after the Steel City Showdown. “It’s the fall. In years past, we knew which players were ‘best fits’ in their roles.”

Is this still a team capable of earning a second bid for the Ohio Valley? They’ll need to start this weekend with a strong performance. After Cincinnati got just middling results in California at the Santa Barbara Invite, the Ohio Valley could be looking at just one bid if things don’t go Ohio’s way this weekend.

That’s not to say there aren’t other teams capable of stepping up. But results from the fall don’t point to any of the other teams from the OV making waves this weekend.

Two teams that have been been to the Metro East finals in recent years make the trip south to North Carolina for what they hope will be a big weekend. Realistically, neither is playing for a strength bid, but more for the development they need to upset Cornell.

Connecticut had a decent fall, notching a win over Ohio at the SCS and, there, falling only to #14 Tufts and tournament champion Cincinnati. But UConn struggled mightily against Cincinnati’s zone and didn’t take advantage of a big early lead. Mental strength has long been a challenge for this team, but they hope new coaching will help change that. They lose Kamil Skwarek and Matt Baum — two of the Metro East’s biggest playmakers — but hope to make up the difference with a more balanced team effort.

NYU was less impressive in the fall and has a lot to prove. They will look to captains Ian Guerin and Jayson Lian to guide them to potential upsets in pool play.

There has been a lot said about the weakness of this year’s Great Lakes region, but it seems increasingly possible that Illinois and Michigan could — just maybe — pull two bids for the region. Michigan, led by the explosive Matt Orr, finished 6-2 at CCC in the fall, losing only to #15 Georgia (by one) and #13 Florida State.

They will certainly look to avoid their rough 2-4 performance at last year’s QCTU.

It seems that this team absolutely has the talent to compete with the country’s best, but they, like many bubble teams, struggle with staying mentally focused. Last year, they also thrived on emotion, which often got the better of them when games weren’t going their way.

Michigan State has been just a step below Michigan and Illinois for a couple of years now. They will look to captain Jimmy Guest to help them forget about their subpar fall.

This is a big weekend for the North Central. Although none of the powerhouse teams like Wisconsin or Carleton is headed to Charlotte, Iowa and Northern Iowa — both entering this season with a lot of buzz — will look to start building their resumes for Nationals.

UNI has to be the favorite of these three to have a splashy weekend. Sitting in a thin pool D with an impressive Missouri Loves Company showing under their belt, they will have a big opportunity to score some upsets. They have a senior heavy squad featuring some excellent playmakers like Trent Cooper and captain Robbie Dennis. But they are still under a lot of scrutiny — much of the hype surrounding this team has come out of the team itself. Last year, they staked their claim: returning 19 of 23 players, 2014 is their year. They’ll have a chance to prove it this weekend.

Iowa, a team with more success in recent years, made one of the biggest upsets of the year at 2013 North Central Regionals, upsetting #1 ranked Minnesota in Sunday backdoor bracket play. Jake Kersten dominated that game and will be one of the premier playmakers in the region this season. Iowa’s fall was unremarkable: they went 2-6 at MLC, though they did defeat eventual finalist Illinois 13-10.

Wisconsin-Milwaukee hopes to improve on last season’s 0-6 QCTU showing. They have showed the ability to get some big wins (they were a huge surprise at Centex last year) but have been inconsistent.

Both Iowa teams will have games filmed by Ultiworld on Saturday — Iowa against #10 Harvard, Northern Iowa against Dartmouth. Both games could have resonant bid implications.

Neither of these Southeast competitors is a major player in the Region, but both will be looking to bounce back after frustrating recent tournaments (T-Town Throwdown for Tennessee, CCC for Chattanooga). They won’t be easy outs, but they’re not in the hunt for bids this season.