August 19, 2014 by Benyamin Elias in Analysis with 0 comments

The DC Current, recent MLU Champions, saw great success partially as a result of their new offense, adapted specifically for the width of the field and the personnel of DC. This so-called “flood stack” offense may initially appear to be a simple vertical or even side stack; however, DC intelligently and uniquely uses the position of their stack to create large swaths of live space for their cutters to attack on the force side.

The Importance of Dead Space

The key to understanding the effectiveness of the Current’s offense, as well as the changing stack placement, is the concept of dead space. Dead space refers to any space that isn’t “available” to the offense. This is usually space taken away by the mark, the boundaries of the field, the placement of the stack, or the ability of the thrower. The Current maximizes available live space by putting as many players as possible – their stack – in space that is already dead.

When the stack is on the break side of the thrower this is easy. The stack simply stays behind the mark, a space that is already difficult to throw to. 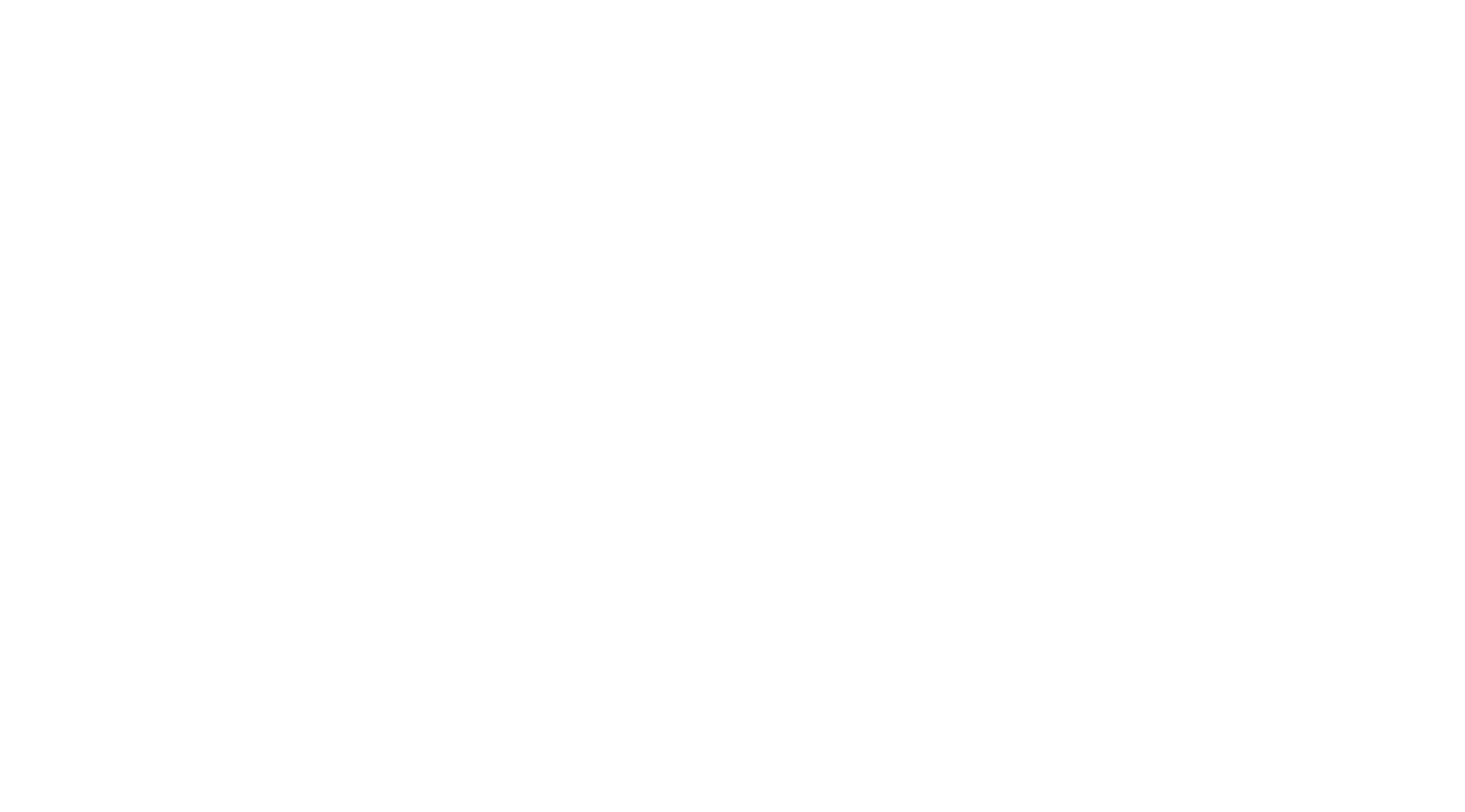 When the disc moves across the field the stack adjusts to find the new dead space. 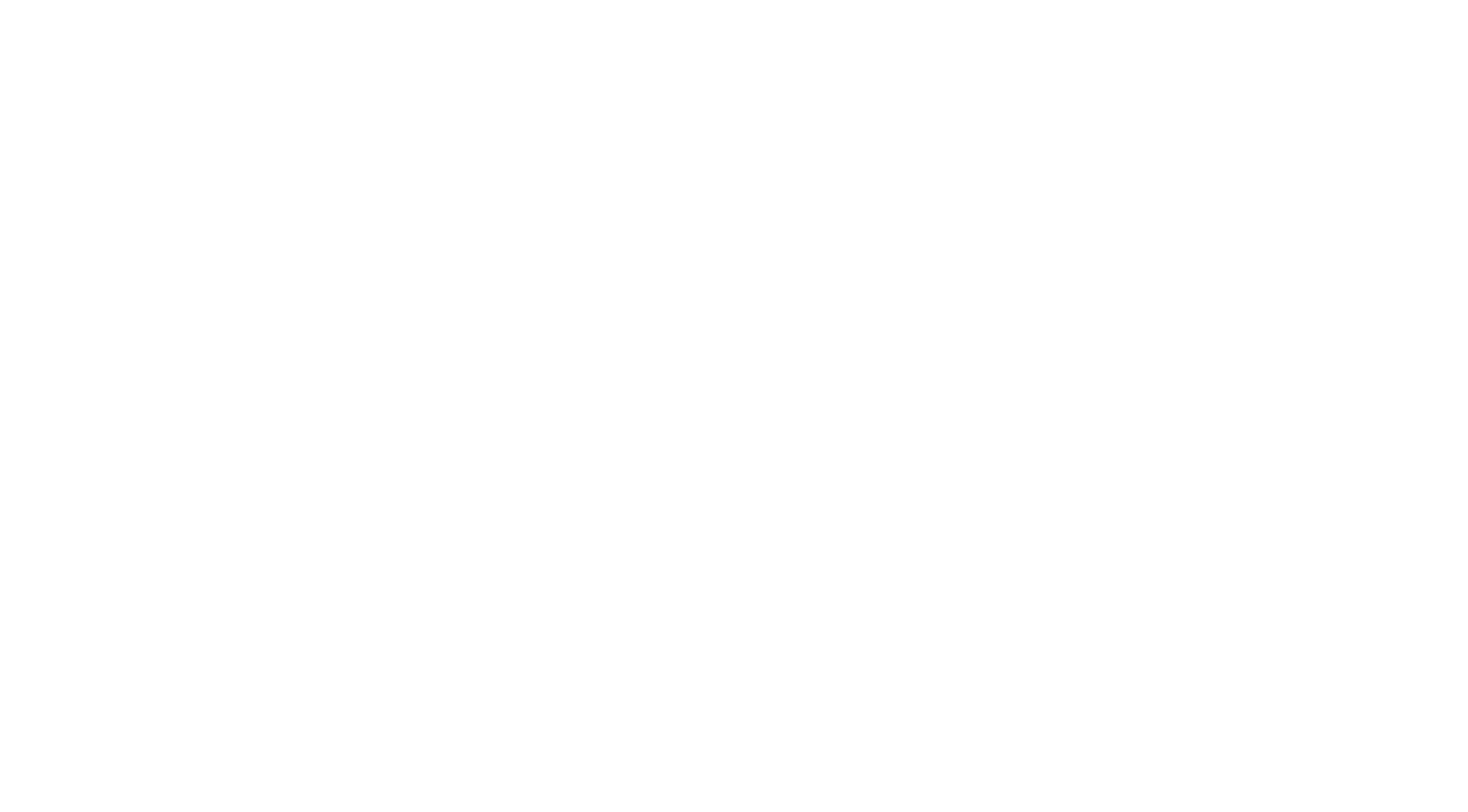 Setting up in this dead space is what enables the Current to create so much live space. There is an abundance of live space even when the disc is in the center of the field or on the force side. 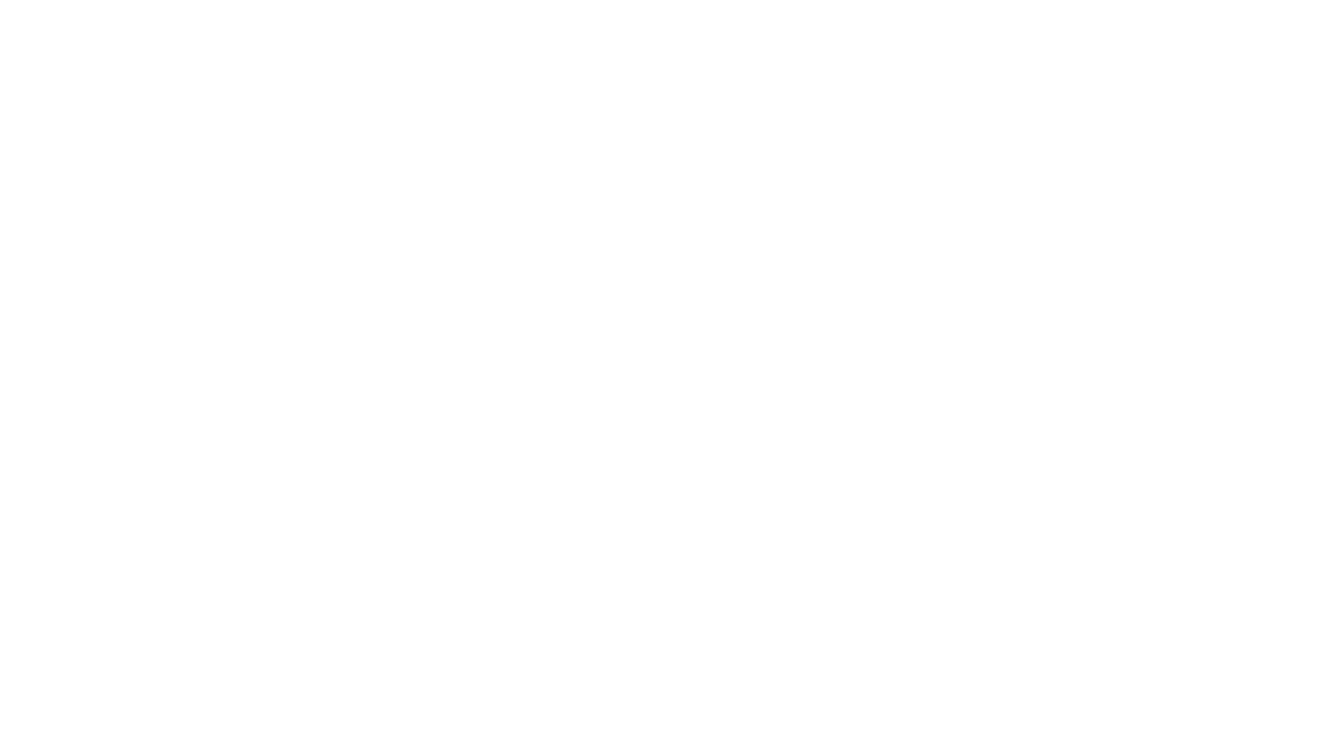 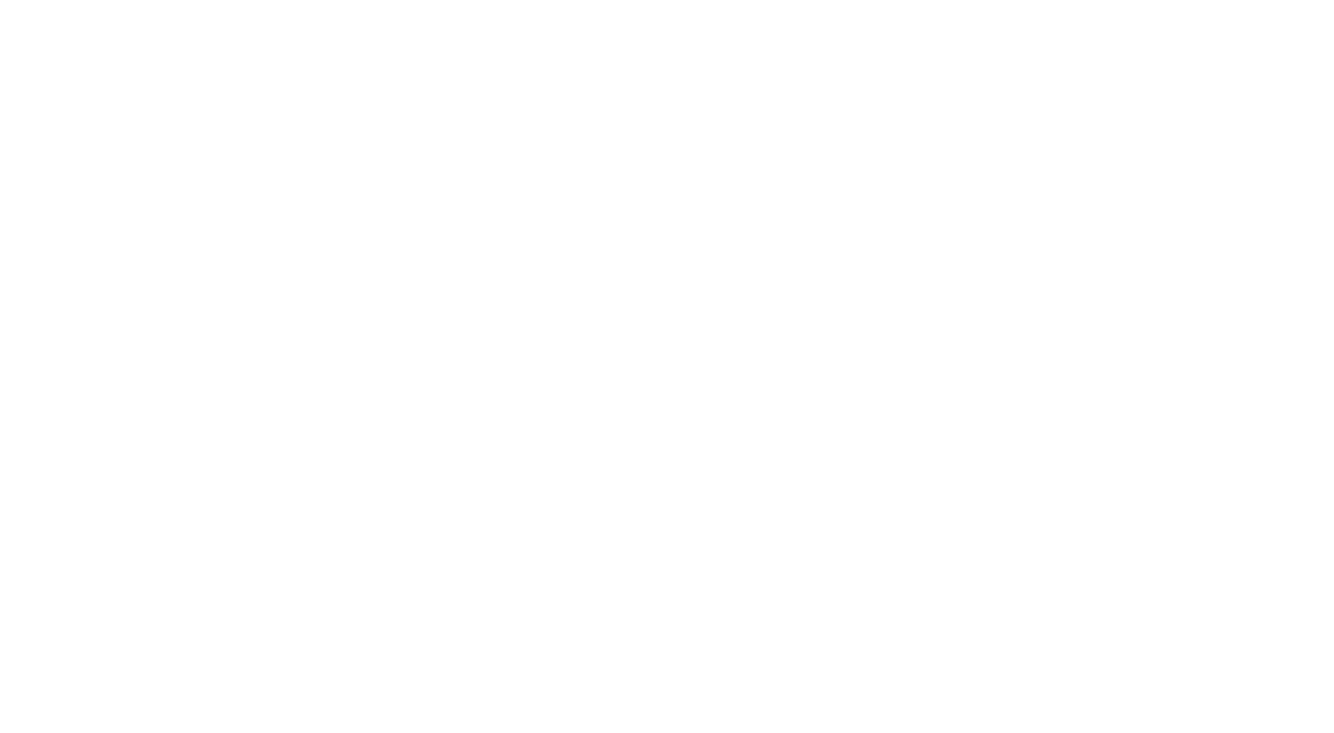 Adjustments When the Disc is on the Force Side

However, there are times when it is impossible to set the stack behind the mark. When the disc is on the break side the stack must therefore set to the force side of the thrower. This would ordinarily be a problem, as the stack would be occupying live space. In order to remedy this, the Current sets a deep stack. 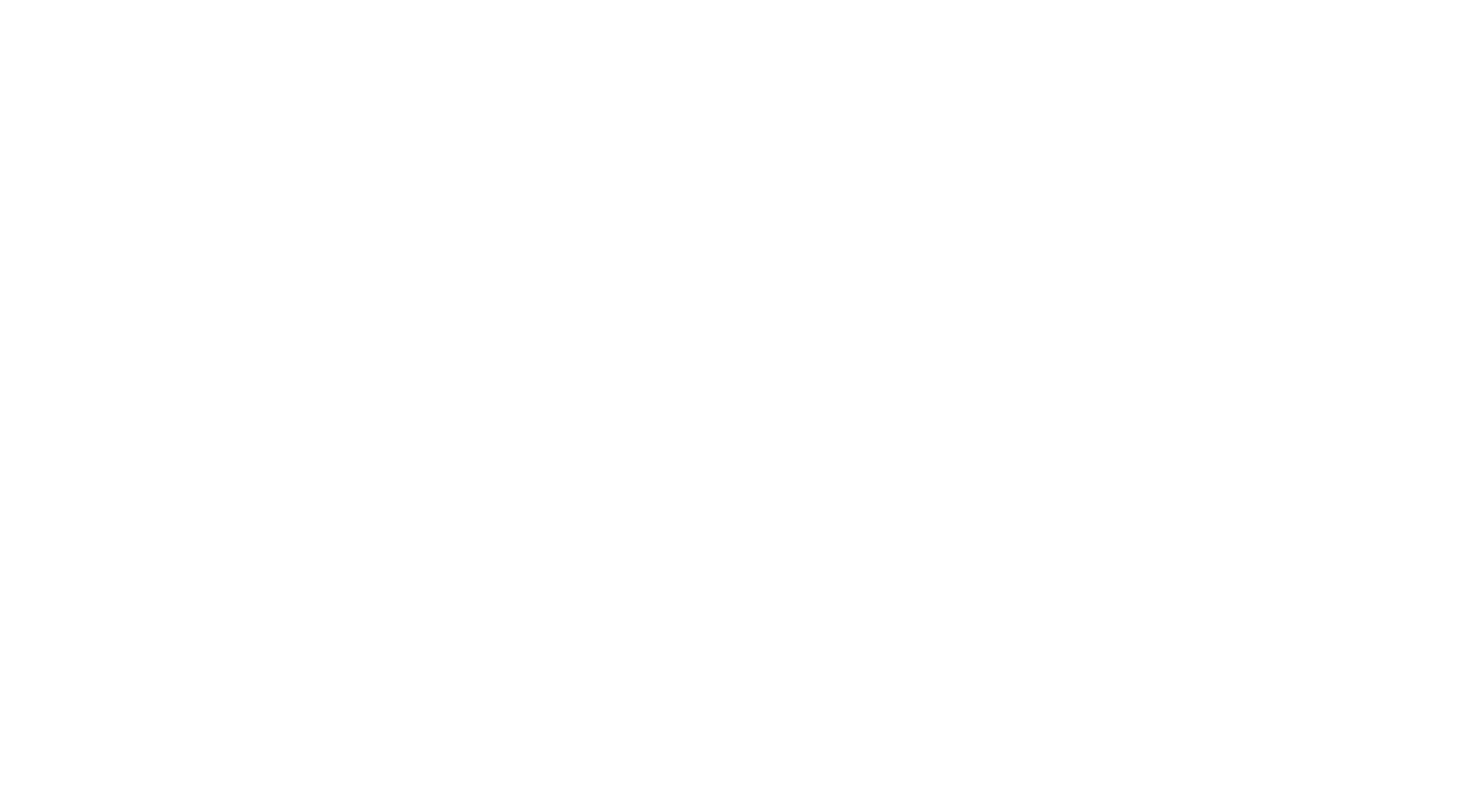 Setting the stack 10-15 yards away from the disc creates room in front of the stack for big unders. It also allows cutters to more easily throw continuation hucks; the deeper stack means that cutters will be perfectly positioned to go deep after an in-cut is thrown.

This works because the stack is still occupying dead space. The space 30 yards directly upfield of the thrower is dead even in conventional offenses. This area of the field tends to be too short for a huck, too deep for an under, and occupied or blocked by cutting players and defenders.

The Non-Clear Out Clear-Outs — Hanging out in Dead Space

In addition to setting their stack in dead space, the Current has individual cutters occupy dead space during clears. This allows them to wait for the active cut to finish or for the disc to move, preserving live space for as long as possible (rather than cutting it off during the clear to the stack).

Instead of returning to the stack, the circled cutter stays where he is. Rather than immediately clearing through live space the player waits in a place that no cut/throw could reasonably attack. 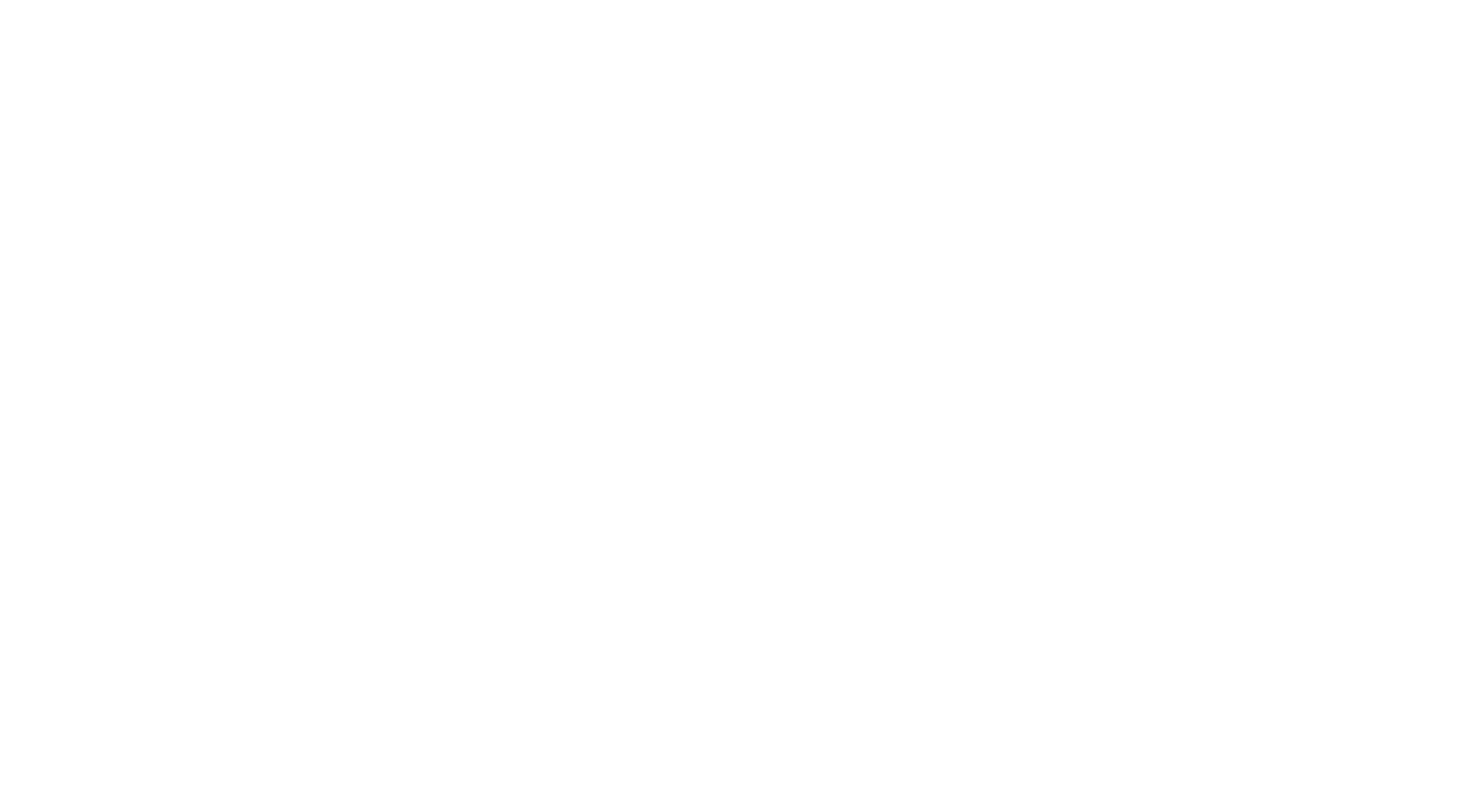 This same idea is the reason that cutters often clear up the sideline rather than returning to the stack directly. The extreme version of this is shown in the clip below, where the Current actually clears out of bounds in order to keep valuable active space unoccupied.

clearing up the line

After live space is created it needs to be used. The Current uses this space to isolate cutters in a way that makes both elements of a completion (the cut and the throw) easy. There are two combinations of these elements: a cutter can make an easy throw paired with a difficult throw from the thrower (this is a break side cut) or a thrower can make an easy cut paired with a difficult cut from the cutter (this is a force side cut). There are naturally gradations (e.g. shallow breaks and behind-the-thrower resets), but the statement generally holds.

lots of space for force side cuts

The abundance of force side space also makes shallow break throws threatening. Throwers can easily throw to the force side of the field using break throws.

shallow IO to front of the stack

These throws are particularly dangerous because they are to the break side of the defender, precluding defenders from having plays at the disc, while simultaneously being easier than sharper breaks.

Finally, the offense tends to slow down as it approaches the endzone. As the offense advances up the field, the amount of available live space decreases. This is because of the reduced amount of deep space; hucks are no longer viable, allowing defenders to more effectively cover remaining live space by playing under their cutters without fear of being beat deep.

stagnating near the endzone

More Detail on The Stack

The Current sets up their players in a vertical stack running down the center of the field. However, the positioning of this stack varies slightly depending on whether the stack sets up on the force or break side of the thrower. These differing stack placements are designed to maximize live space.

When the stack is on the break side, which is more common, the Current sets up close to the handlers and establishes the stack behind the mark with one cutter isolated in the force side lane. 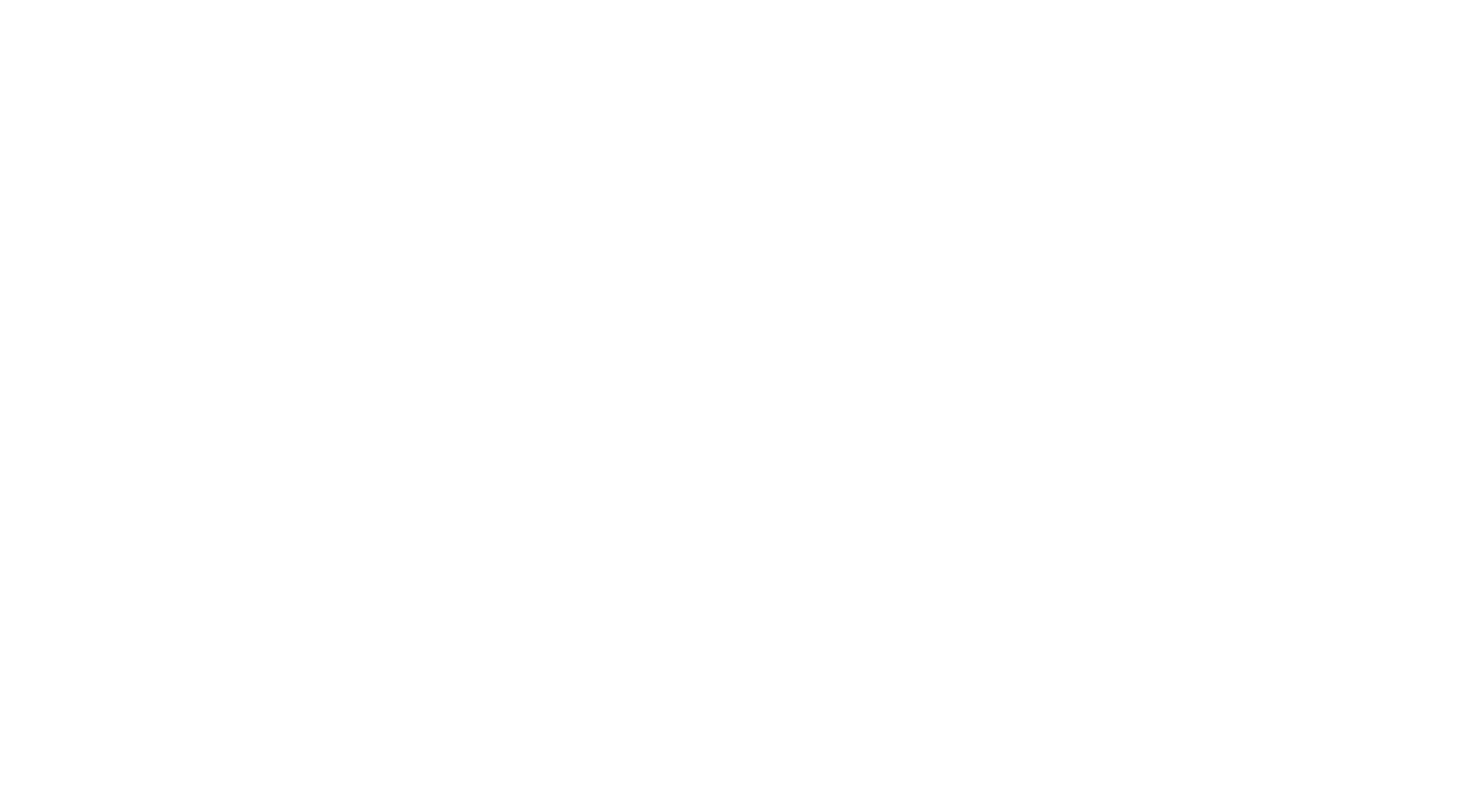 Changing stack placement allows the Current to run the disc up one sideline regardless of the position of their stack relative to the thrower. The Current aims to isolate consecutive cutters on the force side to advance the disc up the field. As such, the first look is to a force side cutter. If this isn’t immediately available, or has been mistimed, cutters will throw short dumps to handlers, who then in turn hits the next isolated cutter.

Unlike most offenses, which thrive on switching the field with horizontal disc movement, the Current often jams the disc up the field inches away from the force sideline.

up the force sideline

This is accomplished by isolating consecutive cutters in the force side.  Handlers tend to make both short upline cuts and small around cuts close to the thrower when they reset the disc, allowing cutters time to get open without having to adjust to any drastic change of the position of the disc.

The disc rarely crosses the center of the field once the stack is set.

MLU teams have tried a variety of different defensive strategies to counter the DC Current’s flood stack. These include forcing into the stack, straight up marks, double teams, and zones.

The Boston Whitecaps attempted to use a force middle mark to counter the flood stack.

Conceptually, this makes sense. The stack is based on occupying dead space that is ideally behind the mark, so preventing the stack from setting up there should hinder the offense. In fact, the Current struggles a little bit; the defense forces them to take more horizontal throws, resulting in some rushed execution and lapses in decision making.

This adjustment was somewhat less effective because the amount of force side space allowed throws to throw around the marks upfield, even though the marks were sometimes very far away. 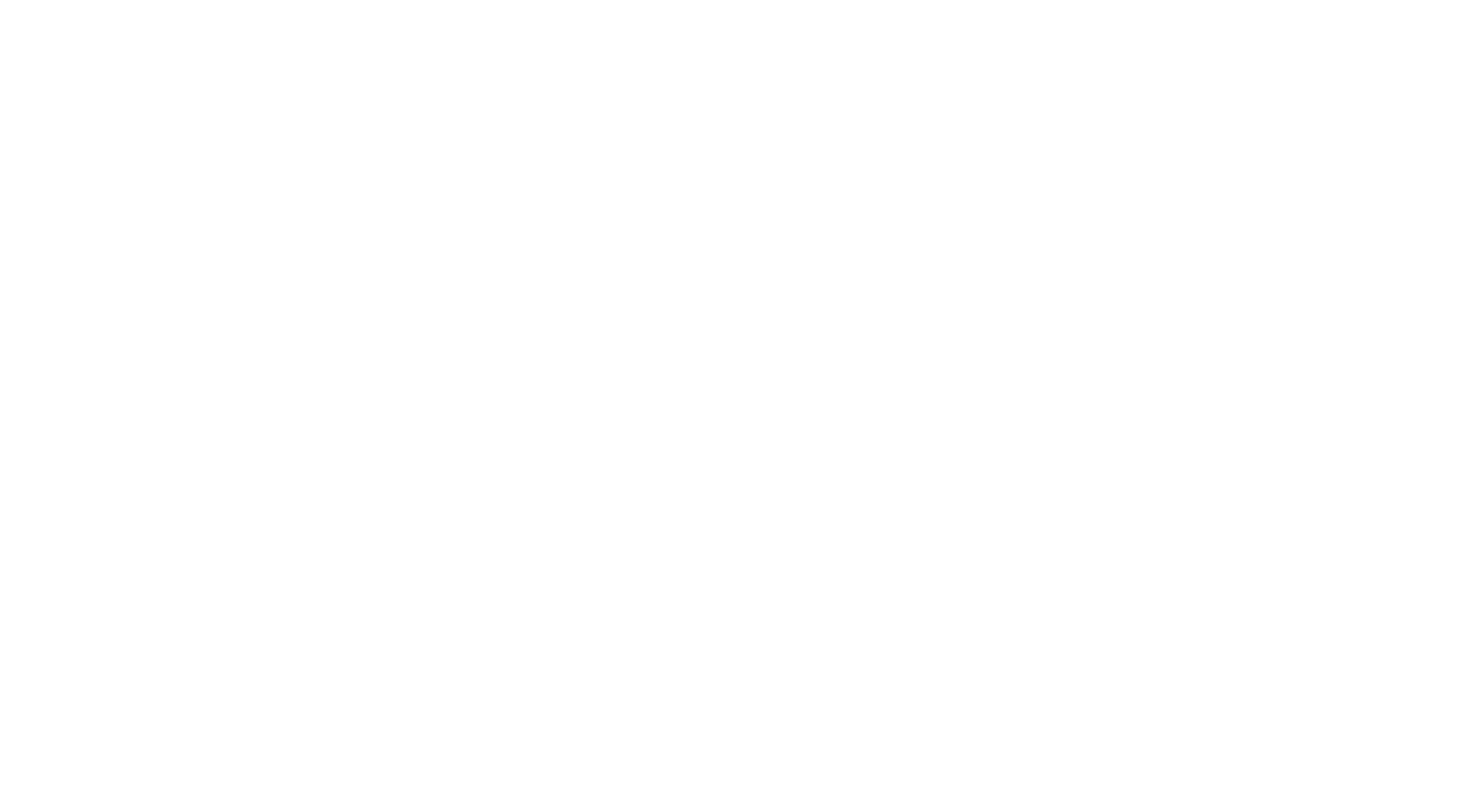 However, the Current also had success moving the disc horizontally, as marks were completely unable to take away the break side of the field.

Although this naturally forced the Current out of their preferred offense, the width of the professional fields made it simple for the Current to beat the zones with short give-gos followed by throws around or over the cup.

Finally, the Rumble had some success with strategic double teams on the sideline.

Sometimes the Current was able to get past these double teams with simple over-the-tops.

However, sometimes these over-the-tops were not so simple, and could easily have worked in the Rumble’s favor.

Because the double teams crumbled as soon as the disc was off the sideline, and the Current consistently tried to work it up the line, they worked well. The Rumble D-line was simply unable to convert on offense.

One adjustment that other teams could attempt to employ more is fronting some of the stack when it sets up super deep — again, this typically occurs when the disc is on the force side. Because the Current adjust by moving their stack further downfield, this presents an opportunity for defenders to either front or play even. Of course, part of the challenge is that the Current has numerous skilled deep throwers, such as Kolick and Shofner, who are skilled enough to throw hucks that might be too far for the average player.

Finally, teams could experiment with help-man defensive schemes to try and punish the Current offense for spending so much time in dead space. The offense looks to keep active space as free as possible for one-on-one matchups, but, to do so, they often have to hang out in the dead space. Teams should look to punish the occupation of dead space by multiple players by poaching and helping off of the dead space — and then looking to return to their man once he reenters active space.

The flood stack shares a number of ideas with the commonly run side and split stacks. In both offenses the majority of upfield players hug the sideline (dead space) in order to give individual cutters the entire center of the field (live space) to work with. Despite sharing this principle and the tendency to hit consecutive cutters on the force side, there are some differences between the flood stack and existing systems.

San Francisco Revolver is particularly well known for their isolation offense out of a side stack. This offense revolves around isolating cutters in live space, but it does so using very different handler movement. In addition to hugging the sideline, clearing players cluster behind the disc to create the maximum amount of live space for cutters. 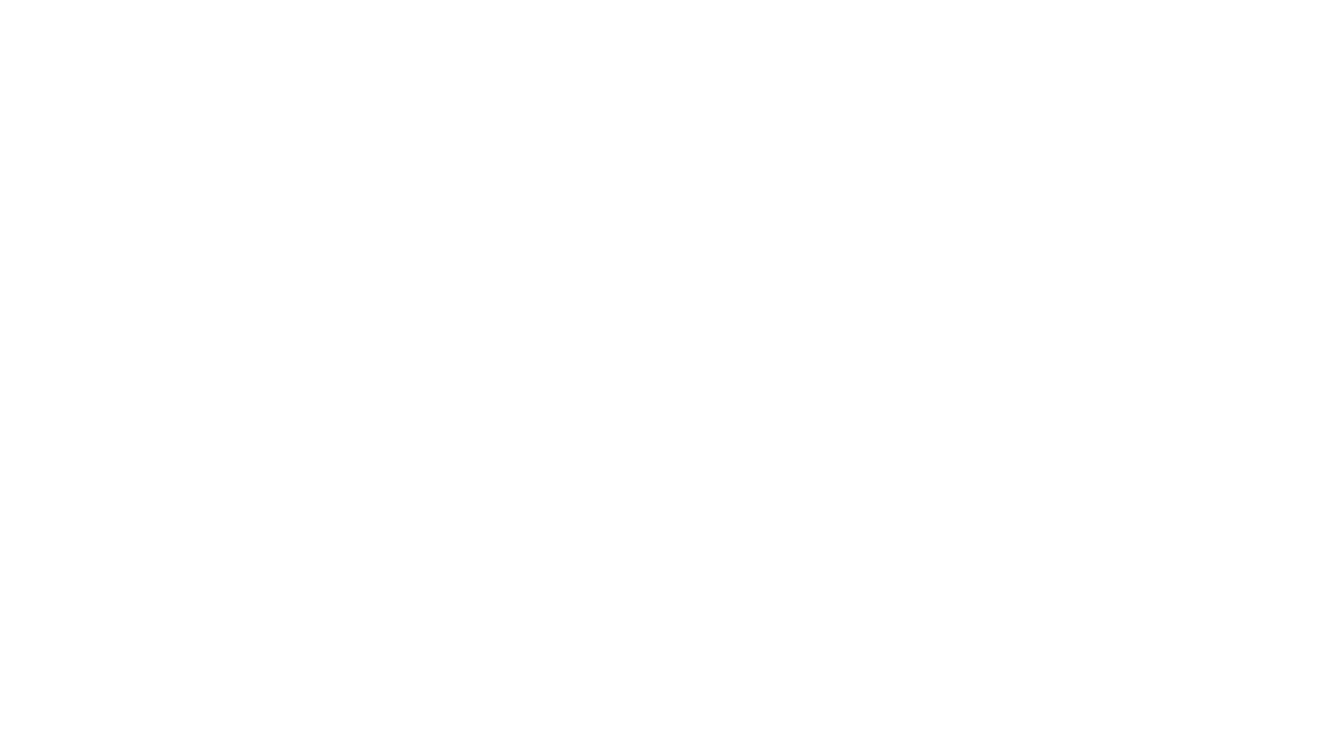 Handlers forgo traditional attacking movement in favor of giving cutters time to get open. Although the Current does sometimes shuffle the disc through the handlers as cutters get open, they also aggressively attack the force side space with strike cuts. Sometimes their handlers will even travel the entire length of the field.

This movement is actually far more similar to that of Seattle Sockeye; although Sockeye is known for a small ball style of offense, they do also run isolation offense. Handlers in this offense also frequently attack upline.

working up the break side

This is a real challenge to defenses. It means that straight up or loose marks leave an entire half of the field dangerously uncovered. Additionally, it makes poaching the force side nearly impossible. Poaching is one of the most important ways of defending a side stack on a USAU sized field; when defenders recognize their players are in dead space they can easily step off into the lane. 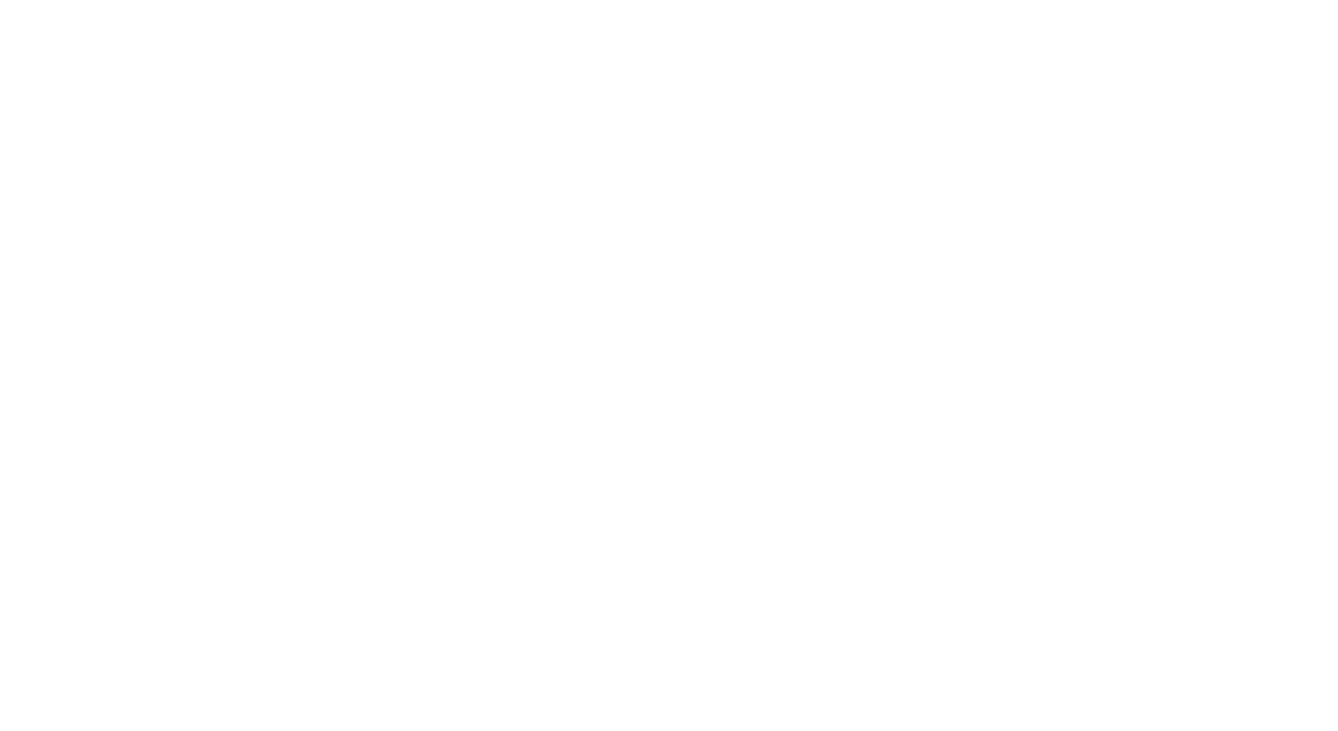 Doing this on a pro field would allow free throws to the break side (since the stack is in the center of the field). The Current does not typically use the break side, but it is still live space that is available if necessary.