Get on the same page defensively with a comprehensive set of terminology.

No one has ever accused ultimate of being free of jargon or slang. Yet one area where there seems to be a lack of common language that may be limiting our ability to communicate and improve in the sport is defensive positioning.

Last year, Martin Aguilera, coach of the US U23 Mixed team and Paideia HS assistant coach, introduced me to some simple, straightforward language that, with some small adjustments, I began using in my own coaching. It’s been effective in communicating both basic and advanced concepts to the players I’ve coached.

As I’ve grown accustomed to it, I have found that the lack of standard language in the general ultimate community around these ideas has made it more difficult not only to discuss positioning, but also important topics like cutting and defensive repositioning.

There’s nothing mind-blowing about the language involved — it revolves around just two concepts: 1) the angle of the defender relative to the direction of the offense, and 2) the distance between the defender and their cutter.

The defensive angle terminology is based on the idea that the offense is moving upward as you might draw it on a whiteboard1. The positions are described in Fig 1:

The distance terminology is straightforward:

Use for Downfield Defense

A defender’s positioning should always be able to be described with a combination of one angle term and one distance term (except for poaching which stands alone). For example, when defense is introduced to new players, the focus is often on low defense, somewhere between tight and neutral distance-wise (often called “fronting”).

Low and tight defense is useful when guarding receivers directly down field or slightly to the open-side of the thrower. Low and neutral or low and loose defense might be used in a similar situation but with deep defensive help or with the offense going into a strong wind.

Inside and tight might be appropriate for guarding a cutter off-centered on the open side at the front of the stack near the endzone. The inside position (as opposed to low) might help you challenge the break lane as well as the open side lane. Inside positioning can also be helpful for a cutter looking to turn an open-side undercut into a seven cut.

In this video, Fury’s Castle Sinicrope differentiates between low and inside positioning or, as she calls it, “denying the lane” and “pressuring the lane.”

High and loose defensive positioning (“backing”) might be useful in the back of a stack if you have a bracketing partner playing low on their cutter and and ready to pick up your cutter if they go under. High and loose positioning can also be useful against a cutter on the break side of a horizontal offense. Figure 2 below shows how these various positions look against a vertical stack.

Level defense (either neutral or loose) may be useful when (1) isolated in the lane, for example in a pull play, without any obvious help deep or under or (2) while guarding a cutter slightly on the break side in a horizontal offense. Figure 3 shows defensive positions against that type of offense. 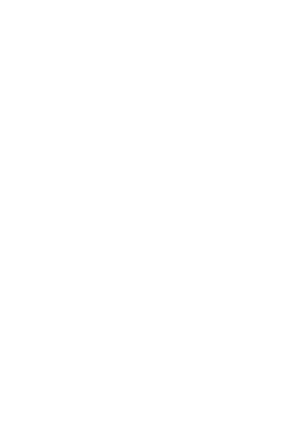 Use for Handler Defense

The language framework remains the same for guarding handlers. It may be even more important here, as there seems to be very limited discussion about best practices around positioning technique on handler defense.

If you are guarding a handler set up 45° back on the open side, you may choose to position yourself level and tight, taking the line directly behind the thrower. This positioning is particularly useful with a righty thrower and a force forehand mark, as the little downfield IO forehand is a tough one to execute2.

Alternatively, you may choose to play that same handler high and tight, taking away that downfield cut. (Fig. 4)

For handlers on the breakside, most defenders choose a high and neutral or high and tight defensive positioning in order to deny the upline cut — though there seems to be a growing number of players choosing a level and tight positioning, working to pressure the upline cut further downfield while also giving themselves an opportunity to challenge the backfield reset cut.

On a “B” or “secondary” handler on the breakside, you might stay high but play loose given the distance that handler is away from the disc. (Fig. 5)

Language for All Occasions

While these examples show many of the uses for this language in the most common situations, having this framework (or a similarly simple, descriptive, and comprehensive language framework) allows you to talk about much more complex situations and is adaptable to your own defensive positioning strategies.

It becomes much easier to explain how as a downfield cutter moves from the breakside to the open side — the relative position of the defender should be moving from high and loose to low and tight. From the sideline you can easily give specific instructions on defensive positioning in urgent situations (e.g., a checked disc from the sideline or stopped disc endzone set). It becomes easier to communicate adjustments (e.g., “We need to work to get inside positioning against these cutters that are repeatedly executing ‘seven’ cuts.”).