October 13, 2017 by Charlie Eisenhood in Opinion with 0 comments

It’s an all Club Nationals mailbag this week with a ton of betting odds! Come gamble with me.

ASK ME QUESTIONS/SEND ME COMMENTS: Email (charlie@ultiworld.com) or Twitter.

Q: Is this the most wide open Nationals field across divisions we’ve seen this decade? 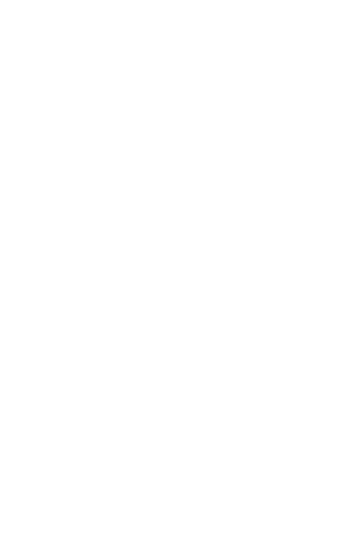 Who doesn’t want to see some wild results at Nationals? Some college-esque upsets? Certainly, the unpredictable regular season means we are in for a crazy Nationals, right?

I just don’t see it. I’ve been doing this for too many years and seen time and again that the most talented teams rise to the top and reach the semifinals every season.

Think back to the “craziest” upsets in recent memory:

– GOAT over Revolver in 2014 quarters. But how crazy was that, really? GOAT was super good that year. Mark Lloyd was the best player on the field in that game.

– Mixtape over Wild Card in 2014 semis. This was the first real year of Mixtape, and it turns out that they were just really good. We just didn’t really know how good at this point.

Sure, some teams come in overvalued and lose early (*cough* High Five every year *cough*). Others come in undervalued and “surprise” (Ring of Fire). But legitimately shocking upsets seem always to be oh so close but never there. Does anyone really think Ironside or Revolver is gonna miss semis this year? Or that it’s not gonna another year of the Big Four in semis in the Women’s Division?

One thing I do believe: the field quality from 1-16 is as good as it’s ever been. There aren’t any joker teams heading to Sarasota. The 16 seeds — SoCal Condors, Minneapolis No Touching!, and Chicago Nemesis — are all solid teams with a legit chance to win more than one game at Nationals. I think there could be a lot of upsets and parity in the middle of the pack, but, at the end of the day, we’re gonna see the blue blood teams at the top, like we do every year.

Q: How about some safe bets/”stay-away” bets/underdog bets for Nationals?

A: Well I’ll tell you one that I feel pretty damn good about: I gave out 6-1 odds on a bet that both Revolver and Sockeye will miss the championship game. While I think it’s possible that one of those teams will have a bad Nationals and lose in quarters or semis, I think it’s quite unlikely that the top two teams from the season and the obviously most talented teams in the country are both going to collapse.

Some other safe bets:

Stay away from thinking Machine is gonna win Nationals or make semis. They shoulda kept the wacky defenses in the tank for Nationals. Now, instead, everyone will scout them. Even throwing new wrinkles won’t be enough. Also, live by the huck, die by the huck is not a safe strategy for Sarasota. Shoutout to Pawel Janas though: he’s been ballin’.

Stay away from laying points on Seattle Mixtape. Sure, they were the best team this season. Sure, they are probably gonna make semis comfortably. But I just do not trust them at Nationals and won’t until proven otherwise. You’d need to give me friendly odds to take them to win Nationals and there’s no way I’m laying points at all in individual matchups.

A: OK here are my picks in order of confidence.

Made it to the final last year. Dangerously underseeded at #14. Almost upset Slow White at Regionals. Knows how to win in the bracket. Has played tough against AMP already this season.

Regular season results skewed by absences and injuries. Have two of the best players in the country (Robyn Wiseman and Georgia Bosscher) on the line. Developed depth this year during the season. Will play winnable game against Traffic. Molly Brown most susceptible of top seeds to having a bad game.

Likely to be overlooked by opponents, despite being legitimate threats. Getting back Jeff Babbitt for Nationals, who gives them a legit stopper for bigs like Mark Lloyd and Jeff Wodatch in pool play. Fearless. Don’t care about rain or wind. Easily better than they were last year when they should have upset Sockeye and made quarters.

For the top four teams most likely to miss semis…

Has only ever made semis one time (2007). Came into Nationals last year as #1 seed and got smashed in quarters by Slow White. Dropped pool play and Pro Flight qualification games as well. Similarly skilled this year. Prone to having an ice cold game. I’m definitely biased after watching them play absolutely horrible ultimate against Mixtape in US Open semi.

Has never made semis. Assaulted by injury bug: playing without Alan Kolick and David Bloodgood. Brutal pool with Bravo and Dig. Even if they win the pool, likely quarters matchup with Ring/Ironside loser. Brutal draw.

Realistic that they could lose to Scandal in pool play and have to face Molly Brown (against whom they are 0-2) in quarters. Have been the weakest of the Big Four. Lacking clear identity in recent seasons.

Q: Odds of another Boston sweep?

That puts the sweep odds at around a combined 1-2%. That means I would give “true odds” of 60-1, maybe, but I think you’ve got to assume some correlation (if one Boston team is good, the others are more likely to be good because of environmental factors, similar college experiences, etc.), so I think I’d probably offer more like 35-1.

Q: Which city do you think will have the best cumulative finish between their top women’s, mixed, and men’s division finishers?

A: Seattle Sweep is trading at 20-1 on vegas.ultiworld.com. Boston Sweep is at 35-1, per the previous question. The only other legitimate challenger is San Francisco Sweep. I think it’s probably somewhere around 30-1, a bit worse than Seattle but a bit more likely than Boston.

For which city I think will have the best cumulative finish…I’d probably go with San Francisco. I think we are likely to see strong performances from the top teams there, whereas I could see less consistency from Seattle and Boston teams.

Q: Where does the current format rank among all recent formats? If you were in charge what, if anything, would you change?

A: Quick reminder: the current Nationals format is four pools of four. Top pool finishers get a bye to quarters, 2nd and 3rd place finishers play in a crossover prequarter match, bottom finisher is out. Notably, quarters are staggered across two rounds on Friday, and semis are staggered throughout the day on Saturday.

I think this is a fantastic format. A lot of older players and fans clamor for the days of power pools (2012 and earlier), when winning Nationals was more of a war of attrition than anything else. I personally think this is a better setup, allowing for top players to be fresher and play more points in the big games. To win Nationals, you need only win three games on Thursday, one on Friday, one on Saturday, and one on Sunday. That’s a very reasonable workload. At most, the champion will have played seven games (if they play in prequarters).

I want games to be decided by the stars, not the bench. I don’t want to have players out there in their ninth or tenth game of the weekend. That’s a) not healthy, b) not very fun to watch, and c) too rewarding for cities with deep talent pools.

And thank god they got rid of the ridiculous “everyone makes prequarters” fiasco of 2013-2015. Players weren’t even showing up on Thursday. Why take work off if the games mean nothing?? That was horrific and I’m surprised they didn’t change it sooner.

From a media perspective, staggering the quarters is awesome, because it means we can bring fans two livestreamed quarters matchups. I guess if I could make a change, it would be to also stagger prequarters across two rounds. If the early prequarters competitors played the early quarters round and the late prequarters the late quarters, that would presumably solve any rest biases. More games for the fans!

OK, so the fact is that it’s pretty likely that the Big Four — Seattle Riot, Boston Brute Squad, Denver Molly Brown, and San Francisco Fury — are headed back to semis again this year. They have been the best teams: no question about it.

But essentially what this boils down to is you’re saying to me that you’ll give me 50-1 odds that Washington DC Scandal won’t make the final. Well, I’m already making arrangements with Sandy Jorgensen and she’s pretty confident that she can go out there and win us some cash.

In fact, here she is now giving some thoughts on the idea that Scandal only has a 2% chance to make the final:

Get That Outta Here