Now is the time to shift your strategy.

September 1, 2020 by Alex Rummelhart in Opinion with 0 comments 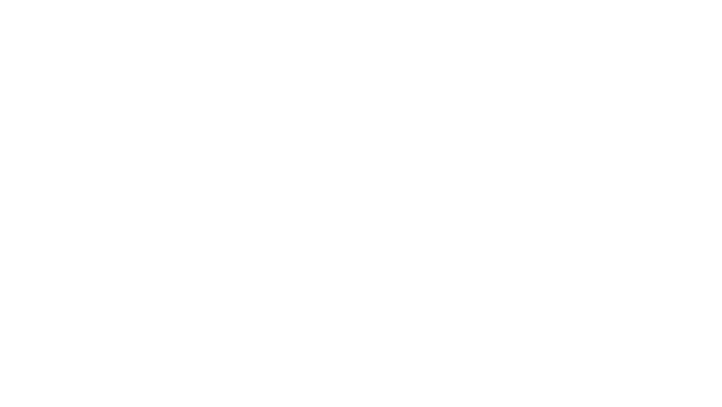 Time away from ultimate can be tough, but on a macro level, it can also be very useful. It represents a prime opportunity to step back, look at your team from a thousand-foot view, and drill down into how your squad can be successful.

Sometimes, a strategy overhaul is not only beneficial but necessary. Finding ways to improve isn’t just about the talent of the individuals or about the minutiae of practicing and drills. Instead, more often than not, the way the team’s big-picture strategies and specific tactics interact are what will drive the success of the program.

However, shifts this large can be hard to implement. It can be very jarring for athletes to learn an entirely new system or have to find ways to redefine their roles. It’s a balancing act, and one that you want to get right.

Here are five keys to overhauling team strategy in the off-season.

Whenever possible, focus on smaller pieces first. Take the long view but try to find specific areas to change. For example, if your team really struggles with offense, try adjusting a few plays before you switch to a complex German isolation system. Likewise, tweaking individual defensive sets or evaluating player roles should always be the first step before major overhauls.

Still, sometimes it is best to go big and put a major change into the program. Even if that is the case, however, you want to keep it as simple as possible. It might be tempting to write an entirely new, complex hybrid defensive system from scratch. Likewise, you can spend hours in the quiet of the off-season doodling insanely intricate plays. As fun as this can be, more often than not, the more complicated something is, the more likely it is to fail. The same is true for buy-in for players; if it is hard to understand and learn, it is going to be harder for people to rally behind.

Here’s a good rule of thumb: if it takes longer than five minutes to explain to someone who knows nothing about your concept, it is too difficult to implement. Remember, the more steps or moving pieces, the more opportunities there is for something to break down. More often, a successful play or set is simply built on the team all being on the same page.

Try for big changes, but ones that are easy to grasp.

Changes like this can drastically shift a team’s direction. Opponents might not even recognize some of the new ways you play on the field (which is almost always a good thing). But, at the same time, you want to make it quick to grasp, easy to practice, and a smooth process to perfect.

In the process of transitioning your team’s style or vision, make sure all stakeholders are involved in the process. Leaders might reach out to the star players or even the core group veterans, but, remember, even the newest rookie has insight to offer. Likewise, you might be surprised to find what alumni or former players have to say that could be valuable.

Ruling by committee is not recommended, so make sure boundaries are clear. The team has chosen representatives to guide the vision, but they will want to make sure everyone’s voice is heard.

The following are recommended:

This process should start with online surveys or internet-based feedback. Having a meeting about your hope to change your offense is not going to be productive. Once leaders have had a chance to review the various ideas or input, they can then pick and choose what to implement. It might be that the best plan comes from the most surprising circle. Maybe that new transfer had an old high school team with a really good pull play. It is possible that the laziest, oldest vet has tried one of your ideas and realizes it will fail miserably. Listen and learn when you can.

Once changes are being made, then seek more feedback, but keep it confidential and private. Do not encourage the team to air grievances or whine about the flaws of the new over the old. Change is hard, and many people will be dissatisfied, at least at first. Be willing to make small adjustments when you need to, but don’t be afraid to stay the course if you’ve taken the proper time to plan.

Finally, work with players individually, whether they are embracing the new system or hating the new strategy, and help them to be their best within it.

Heading into the 1980 Winter Olympics, the United States knew that its hockey program was overmatched by the USSR. So, the head coach, Herb Brooks, decided to break with past American tradition, scrapping the old ways the team played and instead emulating something new: their opponents.

Some older administration in the program may have shaken their heads at having their team learn to play like the Russians, but the end result was more than worth the growing pains.

If you’re going to make a major change and take the risk, then maybe this isn’t the time to invent something totally new or try an outlandish idea. Don’t be afraid to copy the best. Find the best teams you can, from all divisions, and study what they did to succeed. Evaluate your own team in the process. How similar are you? What can you do with the pieces you have? Who can you most closely emulate?

You might find that there is another team out there that has the same style of players or same skill set as your team (or at least close as you can currently get). Then take what they do and try to use it yourself, with some tweaks here and there to fit your specific personnel.

Even if you are looking at a hated rival or the best team in your own region, don’t be afraid to take what they do and try the same thing.

Keep in mind: there is no replacement for fundamentals. Some teams practice and drill until the point where they can succeed based on their precision alone. Likewise, it can be hard to replicate talent. However, strategy can be observed and used. Don’t be afraid to do so.

With any big change, there will come a period of transition. For the best teams, this transition will be smooth and short. However, along the way it is always important to be reflecting and evaluating.

If something isn’t working, don’t be afraid to admit it. Too often, squads want to stick to the new strategy even if it is clearly failing. Sometimes, it will only take a few small tweaks to make your team able to run with the new. At other times, you might have to admit failure and go back to the old. The drawing board is not a bad place to be, especially early in the season. What you do not want is the realization heading into the heart of your season that what you’ve been spending so much time and effort on isn’t working.

Put in the blood, sweat, and tears, but also make sure that the process is worth it. This, again, is the time to listen to feedback, to talk to your players, and work with them. It may be that some further changes may need to be made or further buy-in will need to be asked.

On the other hand, as you reflect and observe, be as objective as possible into what flaws are present. Even the best strategy or major team shift will have its weaknesses. If you can, film your team at practice or in games to observe, or invite outside coaches or evaluators and discuss what they think. The more critical you can be, the stronger your team will be in the long run.

Finally, most of all, don’t forget to make your new strategy flexible.

Even if it is an excellent overall shift in approach, there will be times when other teams can find a way to counter or overcome your new system. If your vision is too rigid, these will be games you are bound to lose.

If, on the other hand, you can have a strategy that has flexibility built into, you should be successful.

For example, perhaps a team is shutting down your new offense. It might be tempting, especially for veteran players, to go back to “the old way” of doing things. But rather than completely switching systems, try moving players in different positions, trying to attack different parts of the field, or running counters to create surprises for your opponents.

Many of the best offensive systems punish other teams if they guess or begin to anticipate by creating plays that mirror the field.

On the defensive side, have zones or sets that can shift subtly based on the weather or how the other team is succeeding. Have players move matchups, be able to fill multiple defensive roles, and be prepared to talk and adjust on the fly.

Most of all, build these flexible ideas into your practice and transition process. Anticipate what other teams might do to beat you, and then explain to your team how you will respond (and then practice in the process).

Submit your own Tuesday Tips to our Tip Jar to win a free subscription and even become an Ultiworld writer.

Comments on "Tuesday Tips: Overhauling Team Strategy in the Offseason"