Past Articles from Wes Cronk 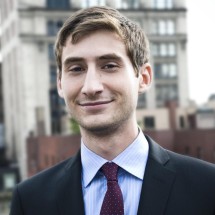 Wesley Cronk is the Vice President of Business Development of Ultiworld. Originally from West Palm Beach, Florida, he started playing ultimate in high school and split his college ultimate between the University of Florida and New York University. He has played open club with Vicious Cycle (Gainesville) and Fox Trot Swag Team Unity (New York). He currently lives in Brooklyn, NY.

You can reach him by email (wes@ultiworld.com) or on Twitter (@wescronk).