We are now two weeks past the College Championships, where we spent thousands of words extolling the incredible team performances over the course of the weekend. Now, we wanted to take a look back at some of the impressive individual play, both in the raw numbers and as a more holistic evaluation. We’ll start with the numbers.

Check out the full statistical tables at the bottom of the article.

The College Championships are the only college tournament where a fairly accurate set of statistics are recorded by a third party for every team. They give us a rare chance to look at statistics in Ultimate. However, due to the nature of a tournament format, the statistics are skewed by the number of games each player played. With that in mind, Ultiworld took the raw data and added in the number of games played, generating some per game averages that give us a better sense of a player’s average impact on a given game. In addition, we’ve cribbed a stat from the NBA, creating an Assist-To-Turnover ratio, rather than a typical +/-.

The first thing to notice is just how impressive Ohio’s stars — Connor Haley and Mitch Cihon — were on the weekend. They were both already at the top of each offensive statistical category (Haley, #1 in goals; Cihon, #1 in assists). What’s remarkable about those numbers is that they were produced in just five games! Cihon, at 5.6 assists per game, had 0.6 more assists per game than the next closest player (Colorado’s Jimmy Mickle). No other player even came close.

Haley’s 4.8 goals per game put him as one of just two players in the Open Division with over 4.0 GPG — the other was Wisconsin’s Colin Camp (4.2 GPG). We wish there were stats kept about how often Cihon found Haley in the endzone. We can say with a fair degree of certainty that they had the most frequent assist-goal combination at the tournament.

Tyler Degirolamo has already been discussed as the MVP of the tournament; his raw numbers are outstanding (21G, 24A, 2D, 7T). However, he played seven games, more than most teams, so what do his per-game numbers tell us? Well, that he was still the most dominant athlete. He was the only player at the College Championships to finish with at least 3 GPG and 3 APG.

But what of efficiency? Who was piling up the assists while also keeping the turnover count low? Degirolamo was impressive on this front, with an assist to turn ratio (A2TR) of 3.43, 3rd highest among players with at least 15 assists. It was Mickle, though, that came out on top with an A2TR of 4.17 (25A and just 6T). He stood above the crowded field as the only player with a 4.0+ ratio.

On defense, it was UNC’s Charlie “Chuck The Truck” Shaffner who earned top marks with 15 blocks in six games, giving him (2.5 DPG) the honor of being the only player with more than 2.0 DPG. Numbers like that should earn him a spot on a good club team — that’s rare defensive stopping ability.

Picking a top seven at a tournament like the College Championships is exceedingly difficult. So many players had spectacular weekends, easily seen in the statistical charts below. Do stats count for more than wins? What about leadership and “takeover” ability?

Here are our picks for the most impressive players at the tournament.

Tyler Degirolamo (Pittsburgh): TD led Pittsburgh to its second straight Championship in so many ways that it’s hard to pick where to start. As discussed above, he was the statistically most dominant player in the Division. He also made some unbelievable hustle plays (like his run-down psychological D [didn’t count on the stat sheet!] on UCF’s Jeremy Langdon) and was simply a workhorse on offense, getting open deep or underneath and touching the disc frequently near the endzone. It was a brilliant performance from one of the hardest-working players in the college game.

Jimmy Mickle (Colorado): The heart and soul of the Colorado team, Mickle was unstoppable all weekend. He almost singlehandedly took down Oregon [VIDEO] in pool play, which would have earned them the right to avoid running into the UNC Wilmington buzzsaw in Prequarters. It didn’t turn out that way, and Mickle and Mamabird fell to the Seamen. But Mickle was simply outstanding, finishing the weekend with 6G, 25A, 6D, and just 6T in five games. He just couldn’t do it all.

Connor Haley (Ohio): No, his team didn’t even make it to the Prequarters, but Connor Haley was doing absolutely everything in his power to try to get them there. Finishing the weekend with 24G, 8A, 9D, and just 1T in five games, he put on one of the most efficient displays at the tournament, managing incredibly high usage with poise. In fact, Haley could be considered the most valuable player. We created an “impact” measurement by adding positive per-game stats and subtracting per-game turnovers: he easily ranked #1 at the tournament. He was also great beyond the numbers — huge skies and full-extension layouts (game winner against Luther!) were a staple of his weekend.

Justin Norden (Carleton): Justin Norden was the key cog on Carleton at Nationals and carried the team to its sixth straight semifinal appearance. His numbers are impressive enough (2G, 24A, 1D, 8T), but they really fail to capture what made him so great. He orchestrated the offense on every possession, touching the disc constantly and distributing the disc around the field. Along the way he piled up 24 assists (T-3rd most at the tournament), but it was the little things — good dump cuts, crisp break throws — that made him great this weekend.

Will Driscoll (Texas): Will Driscoll shoved aside any discussions of him being too passive on the field and was the obvious leader for Texas all weekend. In just five games, he racked up 14G, 21A, and 1D to go along with 9T, giving him an above average A2TR. He was tied for 3rd in APG and for 7th in GPG. As usual, he made it look effortless, tearing through defenses with smooth cutting and pinpoint hucks.

Ian Engler (Dartmouth): As he did all season, Ian Engler ran the show for Dartmouth, taking them to a surprise quarterfinals finish after a brilliant win over Texas in the prequarters. Engler was a big part of that win, and it shows in his outstanding numbers from the six games he played in: 16G, 18A, and 3D. He did have a fairly high 13T, but only four players at the tournament (Driscoll, Cihon, Degirolamo, and Camp) had more combined goals and assists than him. Even the best handler defenders can’t keep him from getting open, and he got strike cut after strike cut when he wanted it.

Eli Kerns (UC Davis): UC Davis wasn’t even supposed to be at the College Championships. The Southwest buzz all season fell to Arizona and Stanford, as Davis, who qualified last year, had a mediocre regular season. Eli Kerns was a big part of the reason they made it back and proceeded to shock the world with a prequarters win over early season #1 Wisconsin. He was untouchable in that game and for most of the tournament; he finished with a double-double (10G, 22A). He was impressive enough to play his way onto the 2013 NexGen tour.

Dylan Freechild (Oregon): Oregon played a lot of team ball at Nationals, a strategy change that Freechild himself noted as critical to their success earlier this season. It carried them to the semifinals, where they lost to a Pittsburgh team that was peaking at the perfect time. Freechild, the 2013 Callahan award winner, was clearly the best player on a very strong Oregon team. He had 9G, 14A, 3D, and 6T. HIs usual array of talents was on display — lightning fast strike cuts, sharp throws, and great field awareness.

Mark Evans (UNC Wilmington): Mark Evans, the Aussie transplant who stepped into a big role for Wilmington this season, rose to the occasion at the College Championships. His excellent defense doesn’t show up on the stats sheet, but his 20 assists (one of eight players with 20+) certainly do. He was the offensive rock for UNCW after the turn and was one of the most efficient handlers at the tournament with an A2TR of 2.50. He was a big part of the reason Wilmington finished the weekend with a stellar win over Colorado and great game in the quarters against Carleton.

Mitch Cihon (Ohio): Leading the tournament in assists (28) with just five games played is going to get you recognized. Cihon was as excellent in the backfield as Haley was near the endzone; despite touching the disc constantly on offense, he finished the weekend with just 11 turnovers. It is reductionist to say Ohio is only good because of Cihon and Haley, but it’s very likely they don’t win a game without the two of them on the field. Cihon brought the same playmaking ability he showed all year to Nationals.

Colin Camp (Wisconsin): On a frustrating weekend for Wisconsin, who saw their best player, Brian Hart, go down early on Friday with an injury, Colin Camp was a bright spot. He finished the weekend with 21G, 14A, 4D, and 13T, bringing one of the few star performances to the team. Camp was outstanding in the air, pulling down some spectacular catches and willing the team forward.

Charlie Shaffner (North Carolina): It’s often harder to get recognition on the stats sheet as a great defender, but UNC’s Charlie Shaffner did just that. With 15 blocks often earned while taking the toughest deep matchups, Shaffner was a huge asset to UNC in their quarterfinal run. Chuck the Truck has only been playing ultimate for two years, which makes his contributions defensively that much more impressive.

John Best (Central Florida): Picking a single player to recognize from the excellent Central Florida roster is difficult, but John Best stood out with some picture-perfect throws and a final line of 5G, 19A, and 7D. In the semis against Carleton, he was outstanding; he had one throw, an 80 yard flick strike to the endzone, that was one of the nicest we saw on the weekend.

Simon Montague (Carleton): 12 goals, 17 assists, and 6 blocks. Those are top numbers in every major individual statistical category. That’s what you get from a player like Montague. He was a beast for CUT all weekend, whether getting separation downfield or dropping back to handle. He was a critical part of Carleton’s return to the semifinals.

That’s two lines of the best players from around the division. Let’s take a moment to recognize a final set of difference makers.

Mike Ogren (Central Florida) was a force downfield, finishing the weekend with 15G and generally dominating with every opportunity.

Marcus Ranii-Dropcho (Pittsburgh) was a total stud on defense for Pittsburgh and quietly impacted the game, both with blocks and with his tall presence.

Christian Johnson (UNC) could definitely make a case to be included in the top lines with 10G, 16A and just 4T. He was one of the top cutters in Madison, without question.

Topher Davis (Oregon) had some unbelievable blocks and was a big part of the reason Oregon made it back to semis. He finished with 7G, 11A, 8D, and 5T.

Max Leonard (Georgia), who was just announced as a Chain Lightning rookie, deserves the spot. He was Georgia’s best player and posted an eye-popping 12G and 21A on 12T.

Alex Thorne (Pittsburgh) was hurt all season but showed up big at Nationals and put up 12G and 12A for Pittsburgh, helping the offense flow smoothly all weekend.

Alex Smith (Arizona) had 16 goals in five games, making him T-3rd in GPG. Huge weekend for him, a name you don’t hear often enough.

Brandon Lafferty (Luther) was great for LUFDA; he was their only player with a double-double (12G, 10A).

Mark Vandenberg (Harvard) had 5G, 16A, and 3D for Redline in just five games. With only 7 turns, he was also an efficient contributor. 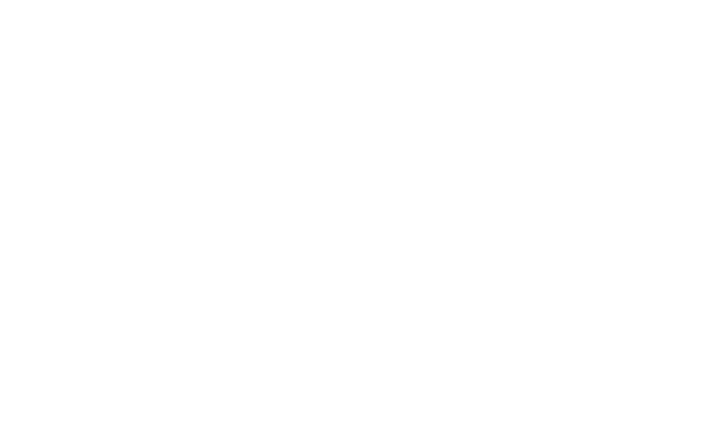