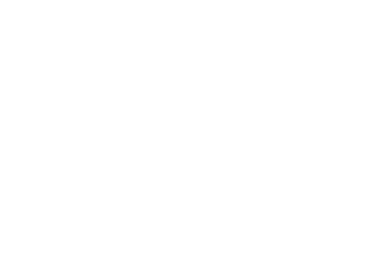 And ultimate players, whether elite or recreational, aren’t alone in their use (or, for that matter, their overuse or misuse) of NSAIDs. A study published in the British Journal of Sports Medicine found that 60% of racers at the 2008 IronMan reported using NSAIDs, while another published in the Journal of Adolescent Health found that 75% of high school football players relied on NSAIDs. Athletes of all levels are using and misusing NSAIDs in an attempt to perform better, but recent research shows that the drugs might not be helping as much as we previously thought.

The Research Connecting NSAIDs and Athletes

In the study focusing on IronMan triathletes, participants listed “pain prevention” as their top reason for the prophylactic use of NSAIDs. They believed that using them would help reduce their perception of pain, help them get through their race, and limit muscle soreness after the race. But recent studies have shown that NSAIDs don’t reduce pain perception and, further, may inhibit exercise gains.

In a study examining runners in the 160-km Western States Endurance Run, researchers compared inflammation and muscle soreness among ibuprofen-using runners and nonusing runners. Surprisingly, markers of systemic inflammation were significantly higher for ibuprofen-users, but there was no significant differences in perceived soreness between the two groups, leading researchers to conclude that NSAIDs do not reduce muscle damage or perceptions of muscle soreness but do promote systemic inflammation and mild endotoxemia1.

Running, jumping, squatting, lifting–and yes, ultimate frisbee–are all technically forms of injury. Exercise causes micro-tears in your muscles that stimulate the acute inflammatory response and the release of cytokines, mediators of inflammation that rebuild the cells to be stronger for your next workout. This is known as adaptation and allows you to keep doing tough workouts. When these micro-tears heal, you get fitter, faster, and stronger.

But athletes have been conditioned to avoid any type of inflammation, which is where prophylactic and chronic use of NSAIDs fit in: to help deal with pain and inflammation and to get back on the field faster.

The Mechanisms Behind the Drugs

Ibuprofen works by inhibiting an enzyme called cyclooxygenase (COX), which is responsible for the formation of prostaglandins, hormone-like compounds that play a role in pain and inflammation mediation. But prostaglandins have other protective and beneficial functions: they protect the lining of the stomach, promote blood health, and maintain kidney function. So by blocking the COX-pathway, NSAIDs also reduce the production of beneficial cell messengers.

Recent studies have shown how inhibiting COX and, with it, the formation of prostaglandins can cancel out the positive training effects of exercise. Suppressing prostaglandin formation supposedly limits pain, but it also mediates collagen synthesis. This limits fitness gains in two ways: it reduces muscle adaptation to exercise, and it reduces the formation of tissue repair following micro- or macroscopic tissue injury.

Another study, published in the Journal of Physiology and Pharmacology, found that treatment with ibuprofen removed any gains in running-distance-dependent adaptations (a dose-response relationship between distance ran and increases in Type II muscle fibers) in skeletal muscle.

On top of that, misuse of NSAIDs can actually lead to injury. Pain and soreness are valuable feedback mechanisms that tell athletes when to stop before significant damage is done. Taking away this feedback can turn annoying injuries into season-ending injuries. Say, for example, you tweak your hamstring running sprints. You might be able to mask the pain of future sprints with NSAIDs, but this could eventually lead to a full on season-ending tear that requires weeks of rest and physical therapy.

Prophylactic use of NSAIDs can lead to damage outside of muscles, too. The drugs irritate the lining of the stomach, possibly leading to ulcers. And, unfortunately, exercise compounds the negative effects of NSAIDs. A recent study published in Medicine & Science in Sports & Exercise found that cyclists who took 400 mg of ibuprofen (the amount in two Advils) showed increased levels of intestinal leakage than when they cycled or took ibuprofen alone. Increased gut permeability results in the leakage of bacteria, which produces endotoxins and, as documented in the Western States Endurance Run, a state of endotoxemia and chronic inflammation. While the long-term use of NSAIDs taken with exercise hasn’t been investigated, experts believe that, over time, it could compromise intestinal health and strength gains.

Interestingly, research has shown that certain anti-inflammatory nutrients may reduce inflammation in a way that is actually beneficial to muscle regeneration and recovery. According to Dr. David Nieman, Professor and Director of the Human Performance Lab at Appalachian State University, certain nutritional strategies can reduce inflammation, but to not so much as to halt recovery altogether: “there is still enough [inflammation] there to turn on various genes needed for adaptation.”

Despite the mechanisms of anti-inflammatory agents on exercise-induced muscle injury, multiple studies have shown that ingesting an anthocyanin supplement led to faster recovery compared with a placebo. Anthocyanins can be found in red- and purple-hued produce like blackberries, blueberries, pomegranate, and cherries.

However, more isn’t necessarily better: oversupplementation of antioxidants can block the upregulation of your endogenous antioxidant defense system, inhibiting your body’s natural ability to promote recovery. While some studies, like those mentioned above, show that nutrients can promote a healthy recovery, there are also many that show that nutrients have no effect–or even a damaging effect–on muscle recovery. That’s why many nutritionists recommend getting antioxidants from your diet–say, berries and carrots–where they naturally occur in the right amounts, instead of several bottles of pills. Experts stress that maintaining the balance of free radical2 activity in the body is key, and overdoing it with manufactured supplements makes it far too easy to go overboard.

My Advice for Your Gear Bag

So how can you use all of this information to enhance your performance, training, and recovery? These are my suggestions and part of my own routine:

More research is needed to investigate the long-term benefits or consequences of NSAID use as well as nutrition in pain and injury management. But many experts agree that the main course of action when dealing with a sports injury is not to completely eliminate the body’s inflammatory response but to promote a healthy, normal inflammatory response. Inflammation is a necessary phase of injury, and finding the ideal level–and how to achieve that level–should be a key research objective for the future.

Comments on "Are Ultimate Players Overly Reliant on IB?"