The Fire That Burns: UC-Santa Barbara’s Lisa Pitcaithley Is A True Gamechanger

You couldn’t miss her, with her bright red hair, impossibly long legs, loping gait, and the confident glint in her eye. Taking off from the far side of the field, ranging towards the end zone in front of her desperate defender, her thrower couldn’t miss her either. A huck went up, long and seemingly effortless strides guiding her to the intersecting route, and she calmly reeled it in for a score. She turned around, back towards the field, where her teammates were streaming towards her, like droplets of water pooling, to celebrate another goal.

That day in Sarasota, Florida, was the first time I saw Lisa Pitcaithley play. I was covering the 2012 Club Championships, and defenses were failing to cover her as she carved her way to the end zone with Polar Bears. She’d help take the team to the final that year, just as she had the year prior, and the one before that in 2010. PBR’s 2010 squad went even further, taking home the Mixed Division crown.

While Lisa wasn’t playing the starring role in that championship winning cast, she’s has grown into being the feature player in the women’s college game. Four years later, in a different game with a team all her own, Lisa’s seeking a title on her own terms. That’s the only way she plays.

The Pitcaithley-era Burning Skirts are no accident, no stroke of luck or good fortune. It was always going to be like this.

“I always wanted to go there since the 4th grade. My dad went there and my best friend and I fantasized with the idea at that age,” said Pitcaithley. “And then once I got into Frisbee and learned about their program, it was game over.”

And it doesn’t take too much time around Pitcaithley to see the fit. Her easygoing comfort oozes California beach life, and a wild streak lets her keep up at the Princeton Review’s #2 ranked party school.

She follows a long line of superstars that have slid into the skirt. Carolyn Finney, Kaela Jorgenson, Andrea Romano, and Katie Berry have all donned the iconic Santa Barbara garb; Finney currently serves as a coach. Their starpower helped lead the team to six straight finals appearances until 2012, including titles in 2009 and 2011.

Lisa is also well equipped to shoulder the weight of stardom. With good reason, she’s self-assured and her experience, imbued with her personality, creates a valuable resistance to pressure. Nervous? What’s that?

“Instead of getting nervous, I get really really excited and pretty pumped,” said Pitcaithley, before admitting, “Sometimes too pumped and get jittery hands.”

There’s a wealth of high level play under Pitcaithley’s belt: A mixed championship with Polar Bears, winning gold with the Team USA U-23 Mixed team in Toronto this past summer, and the “target on your back” pressure of a year as a rookie with Fury. Even if she weren’t so easy going, Pitcaithley would be armed with the tools to combat nerves.

“I don’t think about everything that is going on,” said Pitcaithley on how she handles intense environments. “I just focus on playing my hardest and running my defender into the ground.”

That’s just what the Skirts need from her. And in some ways, her team offers her what she needs. The relationship is more two-way than it might seem on the surface. In addition to her growth as a player and leader – Pitcaithley’s development into a gamebreaking handler has been driven through college – she owes a lot to her team off the field.

“I was lucky enough to live in the Frisbee house my first year. I became closer with the team and I made friendships that will last forever,” she said. “They are a part of me and I am part of them.”

For her part, Pitcaithley’s arrival dramatically changed the Burning Skirts. She dominates a field with her presence, but to work with her takes more than just standing back and watching.

“It took a while for the team to adjust to her style of play. I think we were used to a slower pace and much more stagnant offense,” explained Gross. “Lisa came in like a wrecking ball and changed our team; we played with a quicker pace, more intensity, more urgency, and following her example, people started making these super star plays.”

And the team wasn’t the only one making changes.

“On the other hand, Lisa had to adjust a little to playing with only women. I think she was a little frustrated at times because we were slower and couldn’t jump as high as the men that she used to play with,” said Gross. “Overall it pushed the team and Lisa to make adjustments.”

Lisa had come from not only playing with Polar Bears, but also running with the boys at Las Positas, where she played for two years before attending UCSB. While she is far from an isolated case as a woman playing on an Open team, it is a rarity to be able effectively match up on a quality opponent. She took the field at practice and in games, not shying away from the male counterparts she was forced to line up with.

Her time competing with and against men gave her a different perspective on the energy of an Ultimate game. Lisa found her intensity level ratcheted up.

“I have always admired the intensity that they bring and I try to bring that into my play as well,” said Lisa.

The admiration of that competitive spirit hasn’t always been extended from those in the women’s community. The challenges of relating to her and adjusting her teammates’ style of play and on field psychology were one part. Another is that some people in the community have commented she lacks the spirit of other elite college women’s players.

Lisa plays big, aggressive, and flashy. She’s not afraid to kick spike after a layout score and there’s no kowtowing in her game. For whatever reason, the culture of college women’s has not developed very many entities of that nature. The reaction can be adverse.

“Guys yell at each other for everything. This is constructive and isn’t an attack on the person or taken negatively,” explains Lisa. She added a half-joking comment on her experience in the women’s game: “Women are fragile birds that need positive reinforcement and a ‘good job’ even after they’ve thrown a hundred turnovers.”

Lisa is fueled by her fierce competitive spirit, thriving on proving doubters wrong and by being tested by the best. After I predicted her UC-Santa Barbara team would lose in the Regional final this year, Lisa was happy to chirp at me on Twitter after they foiled that prediction. 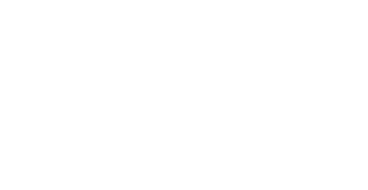 If it leads to some questioning her spirit, Lisa doesn’t really seem to care. Meanwhile, the Burning Skirts have been gorging on her attitude, a feeding frenzy of intensity that’s spread throughout the roster, a competitive virus.

“Lisa will literally lay her body on the line for every disc up for grabs, and usually comes down with it,” said Gross. “Our team has started matching Lisa’s intensity now and I think that is why we have been so successful.”

Pitcaithley’s star has shot up in the women’s ultimate community. She was one of – if not the – most noticeable individual at last year’s College Championships, decimating opponents. Her highlight reel layout from U-23s was lauded as one of the best plays of the year. Likely to be a finalist for the Callahan, Pitcaithley has propelled UCSB to the 5th seed at Nationals.

“It was an honor to be part of such a successful ultimate program and I only wanted to help the team and legacy,” said the Callahan nominee of joining the Burning Skirts. Now she has the opportunity in front of her. The most prestigious individual award in Ultimate and a college championship would fit nicely in Santa Barbara’s metaphorical trophy case.

She’s already led UCSB to a victory over Oregon in a game that she said was the most intense this season and bested regional rival Stanford to win the Southwest regional title. Now all that’s left is to bring her trademark fire to Cincinnati.

“If we play like I know we can, then everything will be gravy. I have set the bar very high for us this year and I’m going to do everything my power to win,” said Pitcaithley. Her power is expansive.

With her bright red hair, impossibly long legs, loping gait, and the confident glint in her eye, you can’t miss her.

Comments on "The Fire That Burns: UC-Santa Barbara’s Lisa Pitcaithley Is A True Gamechanger"