Your morning dose of ultimate news!

It’s the final week before the beginning of the USA Ultimate college season and the first full week of 2020. That meant plenty of shakeups at USAU. Catch up on last week’s goings on. 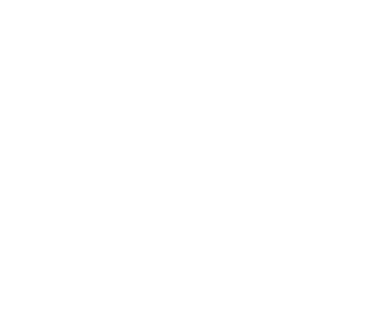 Social medial personality and men’s club and college champion Brodie Smith announced a disc golf sponsorship deal with Discraft last week. Smith has been one of the biggest names in ultimate during his career, but recently picked up disc golf. A renowned power-thrower and aspiring golfer, Smith’s skillset and interests may have found a perfect intersection.

While it is unclear what Smith’s new pursuit means for disc golf and vice versa, he’s got the community buzzing. Over the past few months, he’s built relationships with some of the top players in the game, started putting out content, and extending his brand-building strategy. He’s introduced many new people to ultimate, and could offer the same to disc golf, including creating more crossover culture between the two.

Seven Hills Ultimate Club, a Seattle youth ultimate organization, announced their program for this year’s Youth Club Championships after becoming a USA Ultimate affiliate. The organization steps in where the largest organizer in the ultimate hub, DiscNW, left a vacancy by declining to become an affiliate. The tension between DiscNW and USAU came to a head when none of Seattle’s hopeful YCC teams were accepted in 2019; three teams were later added to the tournament and won co-championships. Seven Hills is a much smaller organization than DiscNW, but has certainly had a number of well-known participants and built a strong reputation as youth competitors.

The Twitter account PghClubW broke news that the teams in Pittsburgh’s club women’s division scene would be joining forces in an effort to strengthen the community.

BIG ANNOUNCEMENT! We are hyped to finally share this with the ultimate community in Pittsburgh and beyond. Stay tuned for updates as we continue our progress in 2020. pic.twitter.com/fByvDYk5ma

The city had struggled to produce elite results in women’s division competition in recent years. Hot Metal, the most established team, last qualified for the Club Championships in 2012. The club finished in fifth place at Mid-Atlantic Club Regionals last year, one spot ahead of fellow Pittsburgh team, Eliza Furnace. The city hasn’t been able to capitalize on the presence of the University of Pittsburgh’s strong college program, as top players like Carolyn Normile and Linda Morse have opted to play in Philadelphia and Washington D.C. Normile is listed as part of this organization’s core leadership.

It is unclear what’s next for this group, but a few other American cities have attempted to multi-team structural model, such as Houston in the men’s division. We also don’t know the implications on the mixed teams in the area, such as Pittsburgh Alloy. But perhaps this will herald the birth of a new power in the Mid-Atlantic.

The comic-creating duo of Meghan Kemp-Gee and Megan Praz revealed plans for “One More Year”, billed as ultimate’s first graphic novel. Their “Contested Strip” comics gained popularity with SkydMagazine, with irreverent humor commenting on relatable experiences of those in the ultimate community. They revealed their main cast on Twitter, showing off a group of ultimate community archetypes.

#OneMoreYear is the ultimate graphic novel! Here's our main cast! Anyone you recognize? Tag us in your
?️'s! pic.twitter.com/Eni5XlA3gV

While the USA Ultimate college regular season technically began earlier, the first sanctioned competition of the season took place this past weekend at three tournaments. That trio was headlined by Florida Winter Classic, the traditional kickoff to the women’s college season. Multiple ranked teams made their season debuts at both FWC, while some D-I men’s Nationals hopefuls got their first action at T-Town Throwdown. We’ll have coverage of FWC this week, our first edition of the College Update, and preview coverage for Santa Barbara Invite and Carolina Kickoff, which both take place this coming weekend.

If you aren’t yet prepared for college ultimate, catch up with our D-I Primers for the women’s division and the men’s division, and check out our first Top 25 Power Rankings of the season!