What to Eat on Saturday Night: A Mid-Tournament Food Primer

December 5, 2013 by Kate Schlag in Analysis with 20 comments 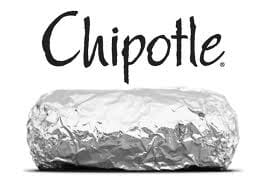 There’s no question that playing ultimate burns a significant amount of calories. With four games a day, most competitive ultimate teams end up playing and warming up for more than seven hours.

To give you a sense of just how many calories are burned, online calorie burn calculators suggest that a 160 pound man would burn 609 calories per hour of ultimate frisbee, though that number won’t take into account rests and breaks.

For a more accurate picture of how many calories a high level player burns, San Francisco Revolver players (some of whom wear heart rate monitors) burn between 600 and 1,400 calories and cover between 4 and 8 miles during their three and a half hour practices. Translating that into a tournament setting would result in a total calorie burn of between 1,200 and 2,700 calories per day.

Factoring in less playing time at a tournament (with a full roster) versus practice (with two split squads) results in a slight downward adjustment for the number of calories burned.  Regardless, the absolute numbers are still high. No matter how cognizant you’ve been about refueling during games, eating at least two nutritious meals – one 200 to 300 calorie snack immediately after playing and a more calorie-heavy meal later – after day one of a tournament is critical for optimal performance on Sunday.

Refueling after Saturday’s games is important for two reasons. First, you need to refuel after four games of ultimate, which means restocking glycogen stores with carbohydrates and eating protein to jumpstart recovery in damaged and fatigued muscles. Second, the Saturday meal will top off energy stores, preparing you for another long day of ultimate on Sunday.

Research shows that, immediately following intense exercise, muscles are primed to absorb nutrients–specifically, carbohydrates and protein. The longer you wait to eat, the less receptive your muscles become to these nutrients; it’s important to eat a small snack within thirty minutes of playing.

Many players use this time to analyze the game, talk with their teammates and opponents, or cool down with a beer. Refueling with nutrient-dense foods falls by the wayside.

But that 30 minute post-exercise window is critical for recovery. In fact, one study found that participants’ ability to replenish glycogen stores decreased by 50% when they waited two hours before eating something.

For your first post-game snack, aim to eat around 10-15 grams of protein and 30-40 grams of carbohydrates. Experts believe that a 3:1 to 4:1 ratio of carbs to protein is ideal for recovery.

Chocolate milk has recently been dubbed the perfect post-exercise recovery drink, and for good reason: one cup of reduced fat chocolate milk supplies 31 grams of carbohydrates and 8 grams of protein (a 3.9:1 ratio), as well as the electrolytes calcium and sodium. Plus, it helps replace lost fluids, it’s portable, relatively inexpensive, and easily consumable. Studies have even shown that high-endurance athletes who recovered with chocolate milk improved their aerobic fitness and gained more muscle mass than those who sipped on common sports recovery drinks.

If you’re not a fan of chocolate milk or prefer to eat solid food, here are some other healthy post-game recovery snacks that you can either bring to the fields or make with the foods that you likely have in your team’s cooler:

What if I Don’t Feel Hungry?  A Cautionary Note

Some people don’t feel hungry after a full day of ultimate. This can be due (in part) to hormones: some studies have shown that after prolonged aerobic exercise, the release of ghrelin (a hormone that signals hunger) is suppressed.  Circulating levels of peptide YY (a hormone that boosts satiety) may be increased.

But even if you don’t feel hungry, force yourself to eat or drink something. A few sips of coconut water and a handful of trail mix provides enough electrolytes, carbohydrates, and protein to begin the recovery process.

For your second post-game meal, aim to take in a balance of high quality carbohydrates, protein, and healthy fats. With respect to numbers (the number of calories and the ratio of proteins to carbohydrates to fats), there is no one-size fits all approach.

That’s because the number of calories you need and the proportion of those calories that should come from carbs, protein and fat is largely individual. It depends on both immediate factors – like how much you played, how much you ate during the day, and how hungry you feel – as well as personal characteristics, such as your age, gender, and individual preferences. A 170-pound male cutter who plays the majority of points will, of course, need many more calories and grams of carbohydrates and protein than a 115-pound female handler who gets less playing time.

What does matter is your absolute intake of carbs and protein. Experts believe that the optimal carbohydrate intake for an endurance athlete ranges between 5 and 10 grams of carbohydrates per kilogram of body weight per day—which is a relatively large range.1

For protein, experts recommend taking in between 1 and 1.7 grams per kilogram per day.2 Of course, it’s difficult to calculate the number of carbs and proteins you’re getting in a meal, especially when you’re dining out; these numbers just give you a sense of the variety in carb and protein needs between individual players.

Healthy dietary fats are also important for recovery, but your needs are less sensitive to variables like playing time and weight. And because many carb- and protein-heavy foods naturally contain fats, you can assume that you’re getting enough if you’re eating enough calories.

Most balanced dinners contain a healthy ratio of carbs, protein, and healthy fats. And if you’re eating whole foods, you’ll automatically be eating a variety of vitamins, minerals, and antioxidants that can boost recovery.

But cooking a balanced dinner isn’t always an option at tournaments; quick stops at fast foods joints or team dinners at chain restaurants are often the norm. Pasta dinners often have too many carbs and not enough protein; steak dinners provide the opposite.  And most fast food meals offer entirely too much fat.

So what should you do if you’re stuck in a place without a known healthy option? Here are some decent options that you might choose if you’re going with your team to a chain restaurant:

Avoid overly fatty appetizers like fried mozzarella, fried zucchini, and calamari. Opt for plates that offer a mix of carbs and protein, like the lasagna primavera with grilled chicken, and add a few servings of vegetables with the bottomless salad.

Your best option is to choose a relatively lean meat (sirloin and filet are the leanest cuts of red meat on the menu; grilled chicken, mahi mahi, and grilled salmon are other smart protein choices) along with fresh vegetables, garlic mashed potatoes, or a baked sweet potato.

It’s hard to tell an ultimate player not to eat fries after a full day of ultimate, but beware: McDonald’s fries are made with seventeen ingredients, including several chemical preservatives labeled “hazardous for ingestion.” Choose a grilled chicken sandwich and a side salad.

Chipotle is a great post-tournament meal: none of the meats are overly fatty, and you can sneak in a serving or two of vegetables by piling on lettuce and salsas. Add a tortilla if you feel like you need the extra carbs: each tortilla packs 44 grams, and you already get plenty from the rice, beans, and vegetables.

Comments on "What to Eat on Saturday Night: A Mid-Tournament Food Primer"