Diet is a huge part of optimizing athletic performance. Here's what to eat. 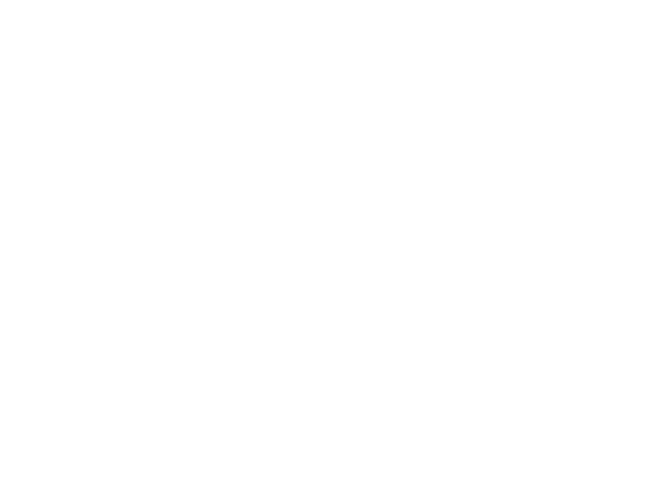 As you start the new year, perhaps looking to make changes or tweaks to your current nutrition plan, you’ve probably read at least a few headlines proclaiming that [insert diet here] is ideal for weight loss or overall health or athletic performance. You’ve also likely heard anecdotal stories from individuals who experienced overwhelming “success” on a certain diet, perhaps motivating you to emulate their eating habits.

But it can be difficult to parse all of the diets and dietary trends we see promoted and endorsed in the media, especially when there is scientific evidence to support almost any dietary eating pattern or nutrient. However, these studies are correlational (not causal) at best; there are too many confounding variables when it comes to food, so “proving” that a certain nutrient prevents or causes disease or that a certain macronutrient ratio is ideal is essentially impossible. Add to that the fact that there is quite a bit of genetic variability between individuals with respect to nutrition and metabolism, and it’s clear that there is no ideal, one-size-fits-all diet for everyone.

Most of my readers are nutrition seekers and not calorie counters, but diets are really relevant to everyone: think of your diet as the unique set of foods–seemingly healthy, unhealthy, or somewhere in between–that you eat on a daily basis instead of a restrictive set of rules dictating what you can and can’t eat. As you head into your college, club, AUDL, MLU, or recreational seasons, these are some healthy eating tips to steal from the popular diets making headlines in the new year.

What it is: Based on the concept that we should be eating the same foods as our cave-dwelling ancestors, a paleo diet restricts essentially all processed foods and refined sugars, as well as legumes, grains, dairy, alcohol, and refined vegetable oils. Proponents of the Paleo Diet praise it for being low in glycemic load, restoring the body’s balance between omega-3 and omega-6 fatty acids as well as sodium and potassium, improving nutrient intake, and reducing inflammation as well as “antinutrients,” compounds found in some grains and legumes that may block the absorption of other nutrients.

The Good: The Standard American Diet is undoubtedly too high in processed foods; in fact, the top six calorie sources in the US diet are grain-based desserts, bread, chicken-based dishes, sugar-sweetened beverages, pizza, and alcoholic drinks.1 As a result, we’re consuming too much refined sugar, sodium, and unhealthy fats and far too little fiber, protein, omega-3 and unsaturated fatty acids, vitamins and minerals. The Paleo Diet eliminates these processed foods, helping to restore these nutrients into your diet.

The Bad: To me, the Paleo Diet seems overly restrictive: just because our cavemen ancestors didn’t eat legumes, dairy, and whole grains doesn’t mean that they’re not healthy sources of fiber, protein, B vitamins, calcium, and more nutrients for our modern bodies. An overly restrictive diet isn’t usually sustainable for the long-term, and diets shouldn’t be a quick fix–they should be a long-term plan for health. In addition, the reasoning behind the diet–that we should eat like our ancestors did because that’s how we evolved to eat–is not backed up by evidence.

The foods that we’re eating now–no matter how organic or local–are nowhere close to the foods that cavemen ate, and even diets within cavemen populations were incredibly versatile (think of how the diet of a Paleolithic population in Siberia ate compared to the diet of a Paleolithic population in Central Africa)–so, in truth, a paleo diet isn’t really mimicking what our ancestors ate and how we supposedly evolved to eat.

The Paleo Diet is especially restrictive–not to mention inconvenient–for ultimate players. Athletes need carbohydrates to fuel their bodies before a workout or game, and they also need them after to restock glycogen stores and improve recovery; restricting their intake of carbohydrates can compromise performance and recovery. While the Paleo Diet does allow carbs–sweet potatoes and other starchy vegetables, for example–it can be inconvenient and expensive to maintain a true Paleo eating plan at tournaments.

Of course, there are athletes who excel on a Paleo diet–LeBron James and other NBA players reportedly went on a Paleo streak, and I know several ultimate players who stay Paleo even at the elite level. But there are also plenty of elite athletes who aren’t Paleo and who eat a higher ratio of carbs–so remember that the ideal diet is the one that’s ideal for you.

The Takeaway: Make as much of your diet as possible whole–fruits, vegetables, meat, fish, dairy, nuts, seeds, grains, and legumes–while still making sure that you’re eating enough carbohydrates before and after exercise. While every body reacts differently to different macronutrient ratios, you’ll likely see and feel a difference in your body when you eat useful carbs–sweet potatoes, intact grains, starchy vegetables–instead of wasteful carbs (think white pasta and donuts). 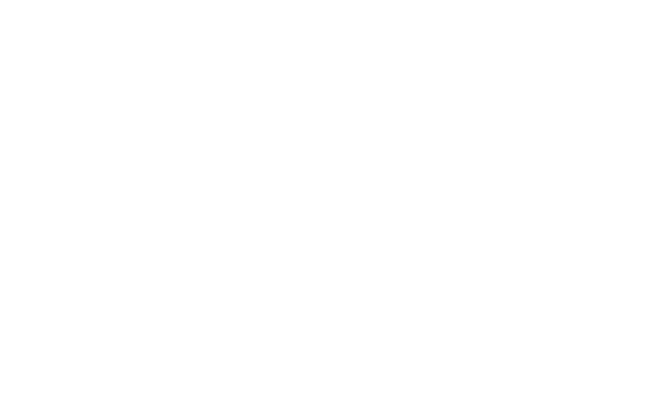 What it is: Gluten is a protein found in wheat and wheat products, as well as rye, barley, and spelt. In addition to the obvious culprits–bread, pasta, cookies, cake, muffins, crackers–gluten is often added as a stabilizer or thickener in many food products, including soy sauce, sauces, soups, condiments, and processed meats. People with celiac disease, an autoimmune disorder whereby gluten causes inflammation in the small intestine, must avoid even trace sources of gluten; the disease is estimated to affect roughly 1% of the population. However, some proponents of a gluten free diet suggest that the overconsumption of gluten may be at least partly responsible for weight gain, fatigue, irritable bowel syndrome, headaches, allergies, and a number of other chronic health conditions.

Today, doctors and experts are still debating whether non-celiac gluten sensitivity even exists, and whether a gluten free diet truly has value (and, interestingly, the researchers that originally published a study indicating that gluten causes gastrointestinal distress recently published a new study reporting that it is most likely FODMAPS–fermentable oligo-di-monosaccharides and polyols, found in many fruits, dairy, wheat, legumes, and sweeteners–that cause GI distress).

The Takeaway: Again, stick to a diet of whole foods. There’s usually no harm in trying out a gluten free diet, but be aware that you may be at risk for several nutrient deficiencies, including B vitamins. 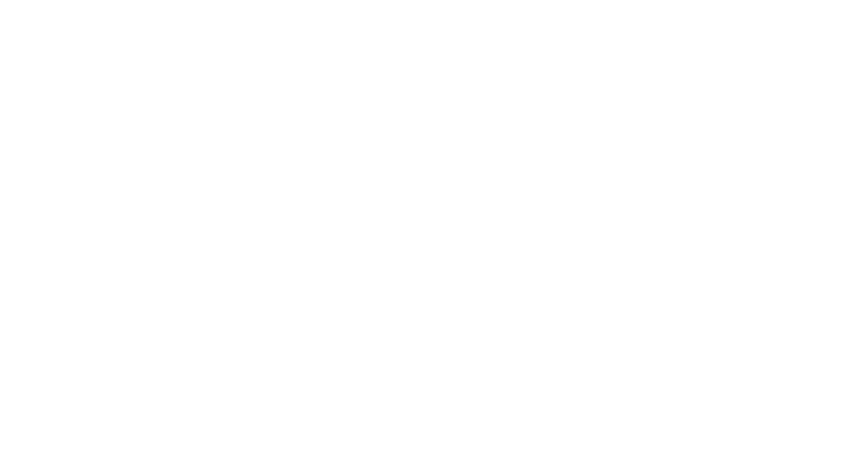 What it is: I don’t know of many ultimate players who would do a full-on juicing diet or cleanse (most of the ones we’re seeing in the media restrict your intake to just juices and perhaps soups for about 5-7 days), but with the huge popularity of green juices, I could see some athletes start to replace a meal or two with the juices in order to cram even more vitamins, minerals, and antioxidants into their diet. Many juice bars are marketing their drinks, usually made with green leafy vegetables and fruits, to athletes as a post-workout recovery drink.

The Good: These juices–especially the ones packed with leafy greens and other vegetables–certainly pack a nutrient punch: many offer more than 50% of your daily value for many vitamins and minerals. Plus, some of them use recovery-boosting ingredients like beets, ginger, and tart cherries.

The Bad: Even though they’re made from whole fruits and vegetables, juices are incredibly high in sugar–many have over 40 grams of sugar and almost no protein, fiber, or fat. And while that sugar is natural, it’s still taxing for your liver to process. Plus, the absence of satiating protein, fiber, and fat means that your blood sugar will likely go soaring and then crashing, leaving you hungrier than before (and without protein to initiate recovery).

The Takeaway: If you’re looking for a few extra hits of nutrients, supplement with juices–but don’t use them as a meal replacement, especially after a workout. Smoothies are often a better option: blending the ingredients retains the fiber (which helps balance blood sugar), and you can add in other healthy ingredients to up the nutrient content like Greek yogurt, nut butters, ground seeds, or oats.

You don’t have to completely revamp your diet going into the new year, and, in fact, it’s often easier to make small, incremental changes to your diet to make it healthier. As ultimate becomes even more and more competitive, even small changes to your diet, along with guided workouts and sleep, might be the factor that pushes you to the next level this year.

Here are my top five recommendations for an athlete of any level:

1. Eat fewer refined sugars. If there’s one thing we can conclude from epidemiological nutrition studies, it’s that Americans are eating too much sugar (22 teaspoons per day, compared to the recommended 6-9 teaspoons), and that excess sugar is contributing to many of Americans’ chronic health problems. While athletes do metabolize sugar more readily than the average American (athletes generally require less insulin to metabolize the same amount of glucose as untrained individuals), excess refined sugar adds non-nutritive calories to your diet–calories that could be better spent on nutrient-packed foods that promote optimal performance. Sugar often hides in unsuspecting foods like tomato sauce, cereal, bread, and deli meats, so start reading labels to reduce your added sugar intake.

2. Eat more vegetables. In a way, vegetables are almost the opposite of refined sugar: you get tons of beneficial vitamins, minerals, and antioxidants, plus water, for minimal calories. These nutrients maintain the everyday operations in your body that are even more important for an athlete: B vitamins, for example, help convert calories into useable energy, and magnesium and potassium play a role in nerve communication and muscle contraction. If you think you can pop a multivitamin and get the same benefits, you’re wrong: researchers aren’t sure exactly why, but the nutrients found naturally in vegetables have synergistic effects that can’t be replicated in a multivitamin.

3. Drink more water. Hydration is one of the most important components of sports nutrition, but its priority is often lost among talk of protein, macronutrient distributions, and supplements. Even if it’s the off-season for you, water–and staying hydrated–helps keep your body healthy and your cells, muscles, and tissues operating so that you’re ready to go when preseason starts. (Read more about hydration here.)

4. Add a serving of fish to your diet at least once a week. Try to replace one serving of red meat with fish once a week: while meats high in saturated fat tend to contribute to inflammation, fish, which contain the highest amount of the omega-3 fatty acids EPA and DHA, have strong- anti-inflammatory properties. In athletes, omega-3s improve recovery, reduce muscle soreness and joint stiffness, and maintain good circulation and heart health. During both the off-season and the regular season, this may translate into greater strength and endurance gains.

5. Learn to cook. The easiest way to control which foods do–and don’t–go into your body is by cooking them yourself. While restaurants often use extra fat, salt, and sugar to make their dishes irresistible (sending some dishes into the quadruple digit range for calories), cooking and preparing your own food allows you to limit these nonnutritive calories. You don’t have to whip up Iron Chef-worthy fare; throwing some cooked whole grains, a variety of vegetables, and some protein into a bowl still counts as a healthy, homecooked meal.