A look inside the upcoming Under-24 World Championships.

January 5, 2018 by Charlie Eisenhood and Satchel Douglas in Preview with 0 comments 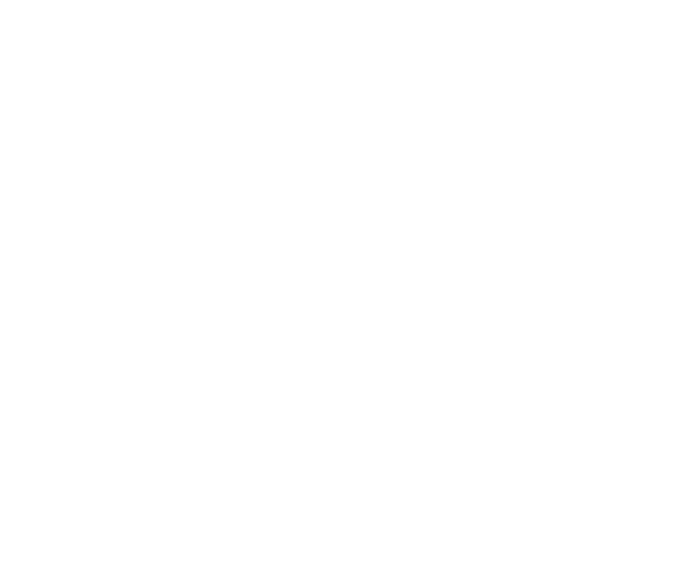 With under 48 hours to go until the opening ceremony, teams have now landed in Perth, Australia, for the 2018 Under-24 World Championships. This is the fourth world championship for this age group (previously called Under-23) and the first to be held in Australia.

41 teams from 20 different countries will compete across three divisions for the chance to wear gold. The competition begins on Sunday at 3 PM local time (2 AM Eastern Standard Time) with a mixed pool play match between Australia and India. That game, and 21 others, will be livestreamed for free on the World Flying Disc Federation’s YouTube channel.

January is the middle of summer for Perth and the rest of the Southern Hemisphere, with daily temperatures ranging from the high 70s to low 90s. As Perth is on the west coast of Australia, a daily breeze develops in the early afternoon and continues to blow between 10 and 20 mph until a few hours before sunset. Locally known as the “Fremantle Doctor,” this breeze may cause teams some headaches as they head into the 3:00 and 5:00 PM games. For fans in the USA, Perth is 16 hours ahead of Pacific Time and 13 hours ahead of EST.

Featuring 16 teams, the Men’s Division is the largest at U24 Worlds.

There are four pools of four teams each. Round robin play will take place within each pool. The teams are sorted into four power pools, with the top two seeds in each pool going into Pools E & F and the bottom two into G & H. Teams again play round robin.

Prequarter winners face off against the top four seeds in quarterfinals and single-elimination bracket play continues until a champion is crowned.

The United States has won the gold medal since the country began competing at the tournament in 2013. In the event’s inaugural year, Canada took home gold; in the past two cycles, they have placed second behind the USA. Expect the North American powerhouses to be the frontrunners again in Perth.

The USA features an eye-popping amount of talent from around the country, including reigning College Player of the Year Ben Sadok (also a 2nd Team All-Club selection in 2017), Jack Williams (College POTY runner-up, 2nd Team All-Club ’17), and the College Offensive and Defensive Players of the Year, Parker Bray and Cameron Wariner, respectively. Led by veteran coach Bob Krier, the USA team has exceptional depth at every position and will be the favorite in every game they play.

Canada will have the best chance to unseat the US as champions. Many of the top Canadian athletes have extensive experience at the club and professional levels competing in big roles. The team’s captains — Nathan Hirst, Ben Burelle, Hugh Knapp, and Malcolm Bryson — have been standouts on Toronto GOAT and Vancouver Furious George. Darren Wu, Bretton Tan, and Mike Mackenzie are also outstanding athletes. Canada’s more concentrated talent pools also mean that the team has more players with experience playing together, which should be a plus for their chances at gold. Toronto Rush and GOAT head coach Sachin Raina is at the helm for the U24 team as well.

Japan, Australia, and Germany are the only other countries to have medaled in the Men’s Division since the inception of the U24 Championships. They will again be the most likely teams to challenge the North Americans.

Japan returns a substantial number of players from their 2015 team. Watch for big contributions from captains Shogo Shima and Takahiro Okimasa. Two and a half years after winning bronze, Japan will feel they have a peak team ready to compete for an even higher spot on the podium.

Australia has both the pedigree and the home field advantage to challenge for a top three finish. Captain Liam Grimmond was a runner-up for the 2017 Male Player of the Year award in Australia. He and Loughlin Murphy will be standouts that both competed at last U24s (for the Mixed Aussie team).

Germany has some tremendous top-end talent, including a returning Mo Brucklacher, who earned All-Tournament honors in 2015. Lars and Jan Schmidt will also be big contributors for a more experienced team than the one that finished seventh last time around.

This year, there are 14 teams competing in the Mixed Division.

The tournament begins with two pools of seven teams each. After round robin play, the top four finishers in each pool advance directly to the quarterfinals (with the top finisher from Pool A playing the fourth place finisher from Pool B, etc.). Single elimination play determines the champion.

The United States has dominated the competition in the Mixed Division since first competing in 2013. Two years ago, the USA won both their semifinal and final matches 17-4, leaving no doubt to which team was at the top of the podium.

Frankly, this year should be no different. The USA’s depth of talent gives them the luxury of filling out all three divisions with superb rosters, whereas most countries are forced to choose between stacking a mixed team or splitting their best players into the single gender divisions and sending a weaker mixed roster.

Anna Thompson’s tremendous campaign this season with AMP makes her a ready-made star, Tannor Johnson has been a standout player in both the College and Club Division for multiple seasons, and John Stubbs is fresh off of winning the Callahan Award. Other current college stars like Julia Butterfield, Matt Gouchoe-Hanas, and Alissa Soo also dot the roster.

Canada, who took bronze in 2015, should be considered the frontrunner to take silver. Alan Scarth had a great performance in 2015 and is back as a captain. Like the US, Canada’s sheer number of players gives them the ability to field highly competitive teams in every division.

Expect another solid performance from Australia, who took silver in 2015. While they are not as stacked as they were last cycle, the team features plenty of firepower and remains in contention for a spot on the podium. Playing at home can’t hurt!

Over 240 players representing 11 countries will be competing in the Women’s Division.

A full, 11-team round robin opens the tournament with the top four finishers advancing directly to the semifinals (1v4, 2v3). Single elimination play determines the champion.

In its fourth year, the tournament has grown since the first event in Florence, Italy, in 2010. With eight teams competing that year, Australia went home with the gold, taking down Japan in the finals with Great Britain earning bronze. Of these three teams, only Japan has medaled since, taking silver in 2013 and bronze in 2015.

The 2013 Under-23 World Championships were held in Toronto, Canada, with ten teams in attendance. The US team, participating for the first time, did not disappoint, taking home the gold 16-14 over Japan. The bronze medal stayed in Canada as they beat Colombia 15-9 in the third place game.

London hosted nine teams for the 2015 tournament, including Sweden in their first appearance. The finals were a rematch of 2013, but Japan stunned the USA to claim gold, sending the USA home with silver. Canada nabbed the bronze again, this time over Australia.

2018 will be the first year for the Singapore and the Philippines teams to compete in the Women’s division, possibly an early indicator of the growth in women’s ultimate in the region. Australia, Austria, Canada, Colombia, Great Britain, Germany, Japan, New Zealand and the United States complete the field.

While the players change every year, Japan, the United States, and Canada have consistently dominated the podium. The quick and precise throws of the Japanese team have proved successful year after year. Team USA has often capitalized on individual matchups and threatened from anywhere on the field with accurate hucks and the most depth at the tournament. Strong zone defense and patient disc movement have given the Canadian team a chance in every tournament.

This year should be little different, although the Colombians — riding high after success at the World Games with a silver medal finish and a US Open victory in the Women’s Division — should be seen as a legitimate title threat. Twin sisters Manuela and Valeria Cardenas, who both competed for Colombia at the World Games, are hoping to lead the team to a golden finish. With excellent chemistry and athleticism to match, the Colombians, coached by Mauricio Martinez, won’t be overlooked by any of the teams at the tournament.

The USA, though, still remains the favorite. With 2017 College Player of the Year Jaclyn Verzuh catching goals from 2017 Callahan Award winner and former Dartmouth teammate Angela Zhu, it’s not hard to see why. The US team has every base covered, from elite handles (Zhu, Carolyn Normile, Ella Hansen) to dominant cutting (Verzuh, Julia Schmaltz, Nhi Nguyen). With a handful of returners that remember the sting of the 2015 loss to Japan, the US team should deliver a more focused performance down under.

The Canadians hope to play spoiler. Some really exciting players — including captain Laura Kinoshita, Naomi Morcilla, Zelemma Mot, and Janelle Siwa — headline the team. And don’t forget about Anouchka Beaudry, who’s coming off of a Breakout Player of the Year award in the Club Division. Whether the team can match the Americans’ depth or the Colombians’ explosiveness could determine how far they can climb the podium.

Comments on "U24 Worlds: Tournament Preview"