December 7, 2020 by Charlie Eisenhood in News with 0 comments 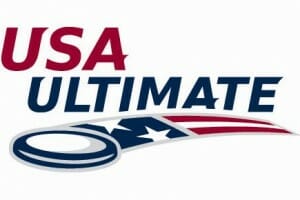 The 2021 USA Ultimate college postseason series — including the College Championships, Regionals, and Conferences — has been rescheduled for the fall due to the COVID-19 pandemic, the organization announced today. The regular season will not take place as traditionally constituted and will focus on local and possible regional play.

Additionally, all players with current eligibility — including those fifth year players whose eligibility was extended one year in spring 2020 — will get a one-year eligibility extension, matching the approach of the NCAA for athletes whose seasons have been impacted by COVID-19. The extension will apply to all players who would have eligibility in Spring 2021, regardless of whether or not they enroll in academic classes.

The College Working Group (CWG) met over the weekend and established a set of recommendations that have been adopted by USA Ultimate. Regarding the decision to move the Series from its traditional home in April and May to the following school year, the Working Group wrote:

The college series is not scheduled to begin until April, and it is conceivable that vaccines and testing are at a level that travel competition is possible for many schools. However, there is too much doubt and uncertainty to move forward with the college series as regularly scheduled.

Although it is possible that conditions for robust travel competition exist in April or May, only the most optimistic of predictions as a result of perfect conditions would anticipate a return at this time. It is more likely that widespread national competition structures will not be viable until at least the summer of 2021. Further, with the college division being dictated by university policies, as noted above, many schools and university systems have already implemented travel bans that would extend through the entire college series.

“A modified and flexible college season offering alternative playing opportunities with local or regional play is being planned for the spring of 2021, subject to USA Ultimate’s Return to Play guidelines and local health and safety restrictions,” USAU wrote in a press release. Because USAU will not be collecting verified rosters from university registrars, all competition will be considered unofficial.

Currently, there are no further details about the fall postseason Series, but the same idea was considered for 2020’s cancelled Championships.

Here is the full set of CWG recommendations, all of which were adopted by USA Ultimate.