September 5, 2021 by Chris Cassella in Recap with 0 comments

BOULDER — Pool play in the men’s division took many unexpected turns on Saturday. While three of the four top-seeded teams advanced to quarterfinals, no. 4 seed New York PoNY fell to the bottom spot in their pool and were eliminated from bracket play following a loss to #10 Portland Rhino Slam! in prequarters. Another surprise was the emergence of #17 Boulder Lotus, who announced themselves with a 15-13 prequarters upset of #12 Boston DiG. The homefield advantage also benefited #8 Denver Johnny Bravo, who topped Pool D with decisive wins over #16 Pittsburgh Temper and #7 PoNY. The stage is set for an exciting Sunday of ultimate in Colorado.

Pool A: Sockeye Bests the Field While DiG Struggles

Seattle Sockeye ran their usual flowing offense that was nearly impossible for teams to stop. Even without new addition Mac Hecht, Sockeye controlled the middle of the field on offense and always found the open player. On the goal line, their reset system was smooth and collected. Defensively, Nick Stuart made major plays on Boston’s bigs and had a game-winning layout catch off a Simon Montague hammer to win 13-12. Sockeye lost to #6 San Francisco Revolver in a seeding crossover game 15-13, their first loss since the first day of their season back in July in Colorado, but Sockeye is still the most impressive offensive unit so far at Pro Championships.

Boston DiG clawed back from a four-goal deficit against Sockeye to tie the game at 12-12 and force a double game point. Boston has a wave of young talent that has brought new life to their roster. A particular standout was 17-year-old Ben Horrisberger from Maine. During their comeback stretch, he caught several key hucks that kept Boston in the game. His play combined with the veteran presence of Noah Backer, Henry Babcock, and Tyler Chan shows promise for the rest of the DiG season.

Despite that strong game against the country’s #1 team, Boston will be playing in the ninth place round-robin bracket on Sunday. Their early exit came courtesy of a loss to Lotus — who converted the few break chances they had to command a slim lead in the second half of the prequarter — and sets DiG up for an interesting matchup against regional rival New York PoNY on Sunday.

Colorado Fungi went 0-2 in their pool play games against very good showings from Seattle Sockeye and Boston DiG. While they were able to garner some momentum towards the end of their prequarter matchup against #9 Washington DC Truck Stop, they were unable to overcome a talented Truck roster. They will play with Boston DiG, New York PoNY, and Denver Inception in the consolation round-robin.

#2 Chicago Machine ran a defensive clinic on Saturday. Teams struggled to break through their different sets. Von Alanguilan frustrated teams on the mark while Nate Goff patrolled the deep space. On the turn, their D-line offense was powered by big hucks from Johnny Bansfield and quick, dicing handler movement from new addition Dalton Smith. Chicago’s had their closest game of the day against a very good Denver Johnny Bravo in the crossover round. Even though the two teams traded points back and forth in the first half, Machine held their composure — and a two-goal lead — to advance to quarterfinals. On Sunday, they will take on an athletic Boulder Lotus side.

After a first-round loss to Machine, Portland Rhino Slam! won their second pool play game against Denver Inception to put them in a prequarter matchup against New York PoNY. While Rhino and PoNY are on opposite sides of the country, they have developed a relationship akin to two in-region rivals. Rhino does not play “clean” offense. They are willing to grind for holds and play scrappy defense to frustrate their opponents. The best way to describe their play style is fearless. They will play the same whether it is 0-0 or 12-12; ultimately, that is what made them successful. Rhino standouts included Ted Sither, who found Trevor Smith for two key goals towards the end of the game. Leandro Marx, Raphael Hayes, and Eli Friedman also had notable performances. The game ended with a controversial in-out call on the far sideline, but Rhino played with an underdog fire that propelled them to victory.

Denver Inception entered this tournament as the no. 12 seed in a very difficult Pool B. For a few points in the beginning of each of their games, it was clear that the talent of Machine, Rhino, and Temper would prove too much for the Denver team. Their prequarter game against a strong Pittsburgh Temper team ended with a 15-9 loss.

This is the first tournament for a new-faced San Francisco Revolver. One of their goals for this weekend was to integrate the young talent they have picked up in the off-season with the veterans of this Revolver roster. Michael Ing and Riley Kirkman-Davis are two notable new additions; key returners include Tom Doi, Eli Kerns, Simon Higgins, and Jordan Marcy. At points, Revolver struggled, miscommunicating on hucks and overthrowing players in zones. However, at other times, it looked like the Revolver of years past, as the team took smart hucks and ran a clean, efficient offensive system. Easily their biggest win came in the top-pool crossover against Sockeye, where they held a steady lead for most of the game. Will that result hold up in bracket play when the points really count?

On Saturday, Truck Stop played to seed, dropping an early game to Revolver 12-15 and defeating Lotus. Their win against Lotus did not come easily, however. Truck Stop went down early in the game and had to dig themselves out of a two-goal deficit. Eventually, they would get back some breaks and run smooth offense to close out the game 14-11. Truck Stop also had many players fly in early Saturday morning following the DC Breeze playoff game on Friday night. With a nice rest in the evening, they should be able to come out firing Sunday morning against Denver Johnny Bravo.

Boulder Lotus came into this tournament as a young team of college students from CU-Boulder, athletic but untested. Their record on Saturday mirrored that of a nationals-level club team. Lotus simply out hustled teams in games, using their athleticism to their advantage. Even in their losses to Revolver and Truck Stop, they still made the teams work for their points. Standouts for Lotus included Thomas Brewster and Mathieu Agee, who made athletic plays to save possession and sky for goals. In their game against DiG, they were able to convert their turns into breaks to get a signature win. They face a tough matchup in Chicago Machine on Sunday, but if Lotus can channel their momentum from prequarters, they could make it an interesting game.

Pool D: It’s called the pool of death for a reason

The biggest story at the fields on Saturday was that New York PoNY did not win a single game.

In their opening match against Pittsburgh Temper, PoNY looked uneasy. Hucks that normally would be close to 100% completion were just not connecting. Their deep defense against Temper fell short of stopping any of their deep shots, and they were outplayed from start to finish in a 14-10 loss. Against Denver Johnny Bravo, PoNY’s intensity was well beneath that of Bravo, and they could not overcome the three-goal lead Bravo held throughout the game. Against Portland Rhino Slam!, PoNY simply could not click. It was an ugly day for the 2018 national champs.

Today, they will play in the ninth place round-robin against Boston DiG, Denver Inception, and Colorado Fungi. Thinking forward from this tournament, PoNY will have to translate their success in the offensive handler sets to their D-line. PoNY was not able to convert break chances even after forcing turns in each of their games. They were also missing key players. Jimmy Mickle did not play after the first game against Pittsburgh Temper, and rostered players such as Grant Lindsley and Marques Brownlee were not in attendance. On a positive note, PoNY had great resets on their offense. Harper Garvey, Sean Keegan, Chris Kocher, and Sam Little were too much to handle for many defenses. With the addition of John Randolph, PoNY’s small-ball offense has the potential to be one of the best in the country. But PoNY will have lots of work to do in practice if they hope to have a successful post-season.

Denver Johnny Bravo won pool D in commanding fashion. At their home tournament, they secured decisive wins over Pittsburgh Temper and New York PoNY. It was clear that the additions of Kai Marshall, Matt Jackson, and Jay Froude made a positive impact on their overall performance. In the crossover game, Bravo veterans Mark Rauls and Ben Lohre anchored a competitive first half against Machine. However, Bravo struggled to beat Machine’s defense in the second half and lost 15-11. The storyline for Sunday: can Bravo keep up their intensity from Saturday against a well-rested Washington D.C. Truck Stop in their quarterfinal matchup?

Temper was a big story on day one as well. They opened their day with the upset win over New York PoNY. After a second-round bye, they lost a hard-fought game to Denver Johnny Bravo on double game point 15-14. Pittsburgh very much played Pittsburgh ultimate. They stuck to their system and ran tight resets. They avoided unnecessary turnovers and beat teams with their legs with low hucks in the deep space. Key players for Pittsburgh today: CJ Colicchio, Dylan Best, and Henry Ing. They will face their toughest matchup yet in quarterfinals against Seattle Sockeye. 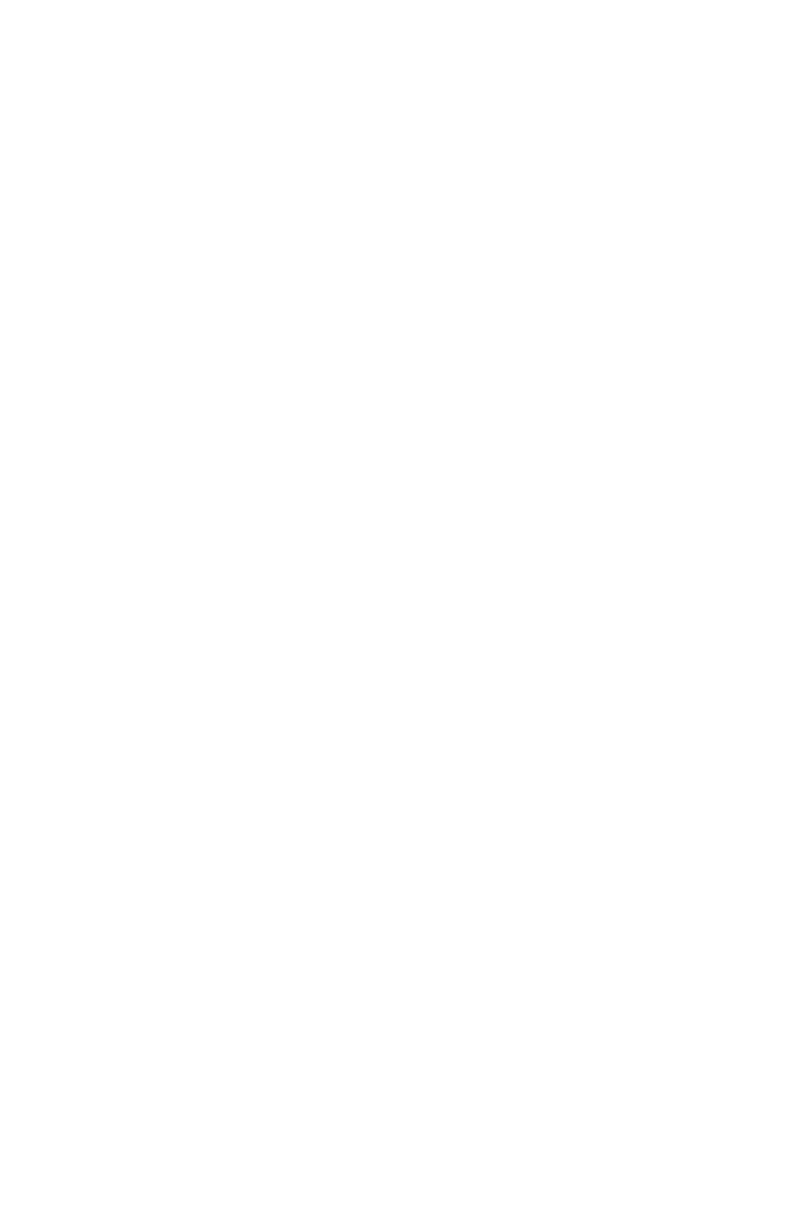