Past Articles from Jesse Moskowitz 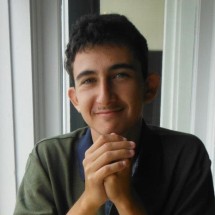 Jesse Moskowitz is the DIII editor for Ultiworld. Born and raised in Queens, New York, he started playing Ultimate at the Bronx High School of Science in 2008. He captained Connecticut College Dasein and currently plays Mixed Club with 7 Express (NYC). You can reach him by email at jesse@movoli.com.